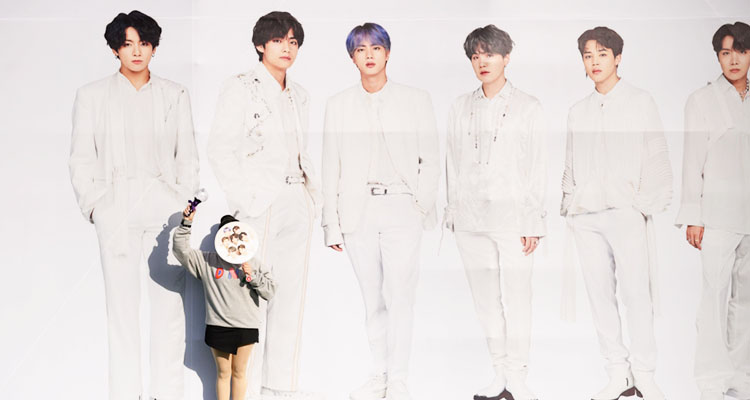 A fan of the BTS K-pop group poses for photos against a backdrop featuring an image of the band members.

Tearful and screaming by turn, tens of thousands of BTS fans gathered in Seoul for the finale of the boyband's lucrative world tour, some flying thousands of kilometres to pay homage to their idols and swell their backers' bulging coffers.

The septet's global prominence reached unprecedented heights this year, becoming the first K-pop group to top charts in the US and Britain and performing a string of sold-out shows in Los Angeles, Paris, and London's Wembley Stadium.

The floppy-haired musicians, all in their 20s and often sporting earrings and lipstick, appeal to a generation comfortable with gender fluidity.

They connect with their largely female fans -- collectively known as ARMY -- by opening up about their struggles through their music and on social media, which they flood with selfies and personal messages. 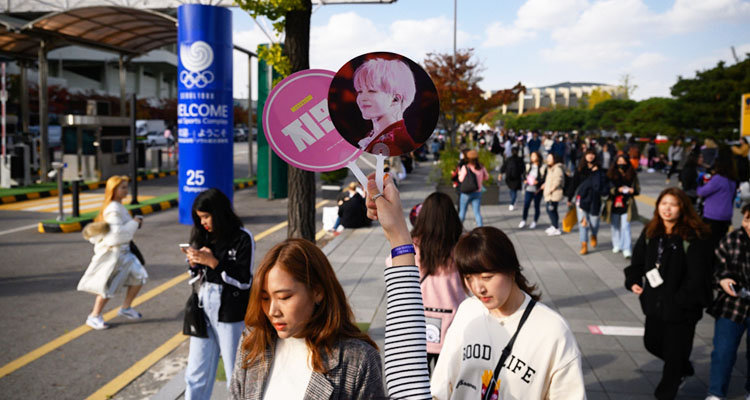 The floppy-haired musicians appeal to a generation comfortable with gender fluidity.

"I love them so much and they are one of the most important things in my life," said Milena Marunova, 20, who travelled from Russia to Seoul for this week's concert, her voice trembling with excitement.

That depth of engagement is key to their appeal enduring, according to CedarBough Saeji, a specialist in Asian languages and cultures at Indiana University Bloomington, contrasting it to rapper Psy's 2012 megahit Gangnam Style.

That popularity has enabled a hugely profitable variety of spin-off products and activities.

Their merchandise ranges from pens and notebooks to pillows and blankets, and they collaborated with Barbie manufacturer Mattel for BTS dolls, which the US toymaker said lifted its international sales by 10 percent.

They are starring in a TV drama slated to air next year, their agency Big Hit Entertainment said, and South Korea's largest gamemaker Netmarble launched the first mobile game featuring the band in June, with a sequel already in the works. 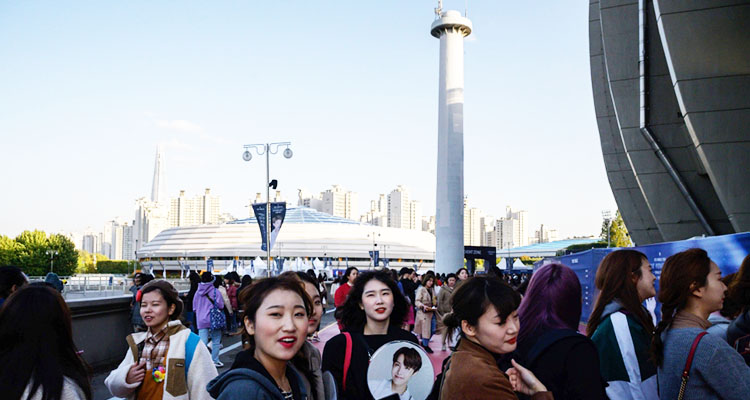 The group are also brand ambassadors for companies like Coca Cola, FILA and Hyundai Motor.

BTS are worth 4.1 trillion won to the South Korean economy annually, the Hyundai Research Institute said in a 2018 December report, boosting the image of South Korean products abroad and driving tourism.

The country has long relied heavily on China and Japan for visitors, and was hit hard in March 2017 when Beijing banned group tours in a row over the installation of a US missile defence system.

Many of the foreigners attending were making their first pilgrimage to South Korea. 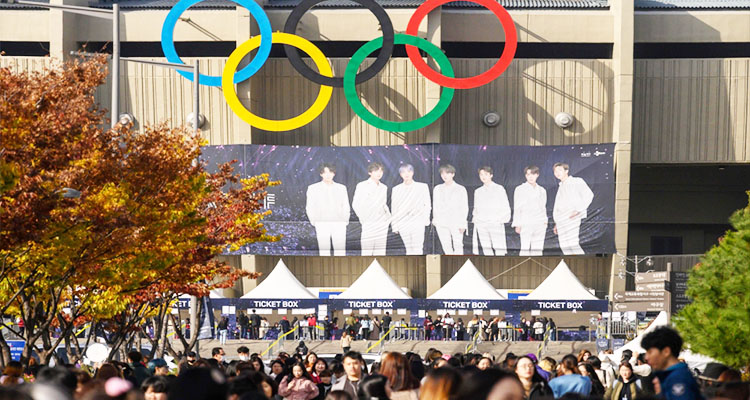 Big Hit Entertainment declined to specify how much of its turnover was generated by BTS.

Nurul Nadiah, 28, a financial analyst from Malaysia, said as well as historic palaces, she had visited fan hotspots including the House of BTS, a multi-storey pop-up store in the posh Gangnam district that sells more than 200 types of BTS goods.

Big Hit Entertainment declined to specify how much of its turnover was generated by BTS, nor the band's own earnings.

"They are certainly very rich at this point," she said. "Keeping such a very successful group happy is hugely important for Big Hit."