Renaissance masterpiece found in French kitchen goes under the hammer 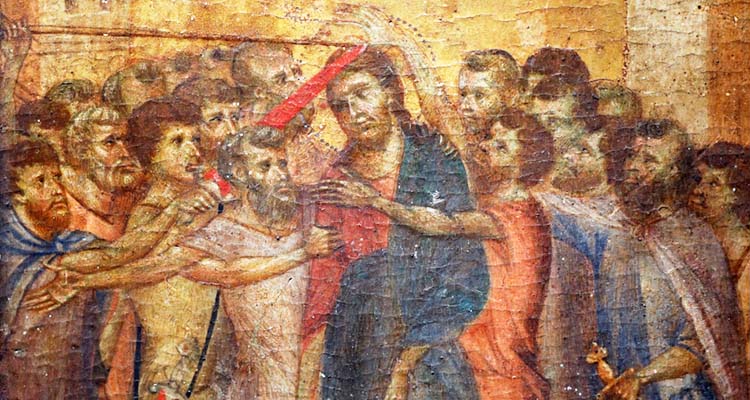 A part of the painting "Christ Mocked", a long-lost masterpiece by Florentine Renaissance artist Cimabue in the late 13th century.

An art auction is to display a rare Renaissance painting by Italian master Cimabue, worth millions of euros, weeks after it was discovered in an unsuspecting elderly Frenchwoman's kitchen.

"Christ Mocked," by the 13th-century artist also known as Cenni di Pepo, has been valued at four to six million euros ($4.4 to $6.7 million) for what could be France's biggest art sale of the year.

The tiny unsigned work, just 26 by 20 centimetres (10 by 8 inches), was found to be in excellent condition, though covered in grime from having been displayed right above a cooking hotplate.

"The style, the ornamentation of the gold background, the matchings of the backs of the panels and the overall conditions of the three confirms that they were part of the left side of the same diptych.

Art experts at Turquin in Paris used infrared reflectology to confirm that the piece is part of a larger diptych from 1280, when Cimabue painted eight scenes of the passion and crucifixion of Christ. Each of the two panels in the diptych had four scenes.

The "Christ Mocked" painting's French owner in Compiegne, northeast of Paris, thought it was just an old religious icon when she sought an appraisal from auctioneers at Acteon, the house organising the sale in nearby Senlis.

"The style, the ornamentation of the gold background, the matchings of the backs of the panels and the overall conditions of the three confirms that they were part of the left side of the same diptych," Acteon said. 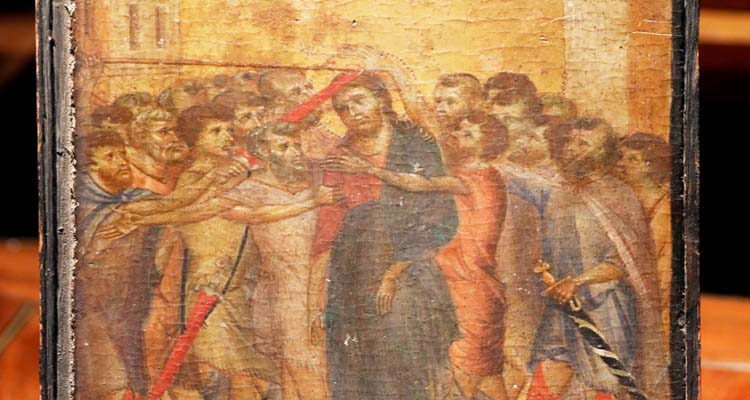 Cimabue is renowned for his mosaics, frescoes and altarpieces.

Only two other elements of the diptych are known to exist: "The Flagellation of Christ" displayed at the Frick in New York, and "The Virgin and Child with Two Angels" at the National Gallery in London.

The "Virgin" was valued at 6.5 million pounds ($8.3 million) when it was given to the museum in 2000 in lieu of inheritance taxes by a British aristocrat who found it while cleaning out his ancestral seat in Suffolk.

Cimabue is renowned for his mosaics, frescoes and altarpieces.

Historians say only about a dozen works on wood all unsigned are thought to have been made by the Italian artist.

Art historians consider him a trailblazer for the creative Renaissance that would flourish under greats like Giotto, one of Cimabue's pupils.

"Christ Mocked" has been on public display at the city hall in Senlis since Friday.