VIDEO: Check out The Flip Side, UAE's only independent record store - GulfToday

VIDEO: Check out The Flip Side, UAE's only independent record store 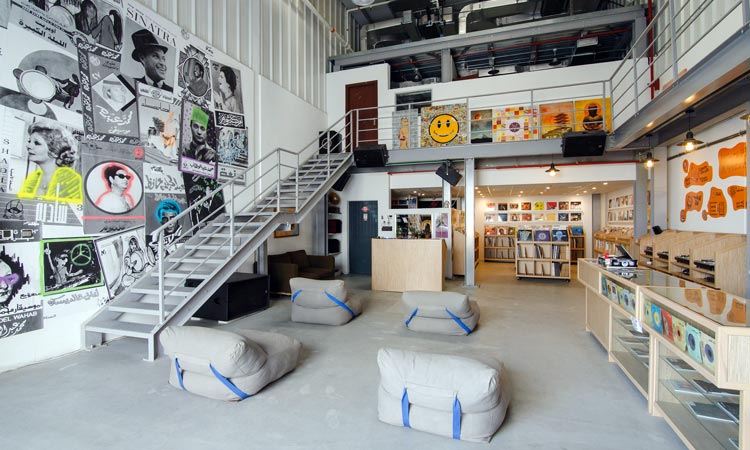 The Flip Side is located in Dubai’s art hub, Alserkal Avenue.

Tucked away inside the bustling lanes of Dubai’s art district Alserkal Avenue, record shop The Flip Side is its owner Shadi Megallaa’s way of paying homage to the glorious medium of record music.

The 40-year-old professional DJ’s love for vinyl dates back to his time working at a record shop in New York.

Noticing the lack of any record stores in the UAE, he decided to fill the void by establishing his own in the year 2017.

"I loved it and other than that I wanted to buy records as a customer and it didn’t exist here," explains the music aficionado.

Although a commercial enterprise, Shadi, who is of Egyptian origin, refuses to view it solely as a business set up.

"The way I see it is that we deal with music. I am a DJ and musician. My colleague Jedd is part of a band. We are not just business people, this is what we do, it’s our life. This is just an extension of our lives basically."

The Flip Side boasts a wide variety of both new and used records available in genres such as jazz, soul, reggae, house etc., which are shipped from the US, Europe, Japan, Egypt and other countries.

Through his pet project, Shadi wishes to cater to people like him who enjoy listening to vinyl at a time of digital music proliferation.

Grounding his store in Alserkal Avenue has been instrumental in attracting the right kind of folk.

"Being in Alserkal is great because all the concepts here are doing something a little off the beaten path.

"In a mall it will feel like typical Dubai. This place is not typical. To keep the soul, the vibe, the essence of the place, this is the only way I could do it," he expresses. 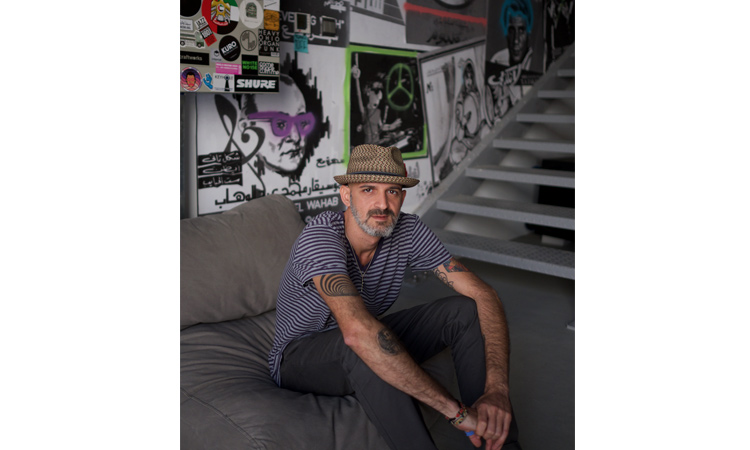 Shadi Megallaa, the owner of The Flip Side, who is also a professional DJ.

Shadi argues that people shouldn’t look at the price tag of records — they retail for Dhs70 upwards — but rather value them for their quality and timelessness.

"It’s funny when people tell you records are expensive, but go out and buy everyone food and drinks and spend like 2,000 dirhams. You know how many records you could buy with that money?

"So it’s not really about how expensive they are. It’s about you preferring to spend it on something you value," he remarks.

The Flip Side features bright industrial-inspired interiors, with record labels, graffiti and posters of musicians studding the walls.

Before taking a leap of faith in the record business, Shadi was prepared for the outcome.

"I had no expectations when we began because there is nothing like this here," he explains.

"There was one record shop called OHM Records back in 2004-5 that I used to visit regularly. But Dubai is always changing, people are coming and leaving.

Shadi, who has been spinning tracks for over 20 years, has his own label called Ark to Ashes inspired by dub music maverick, Lee “Scratch” Perry. 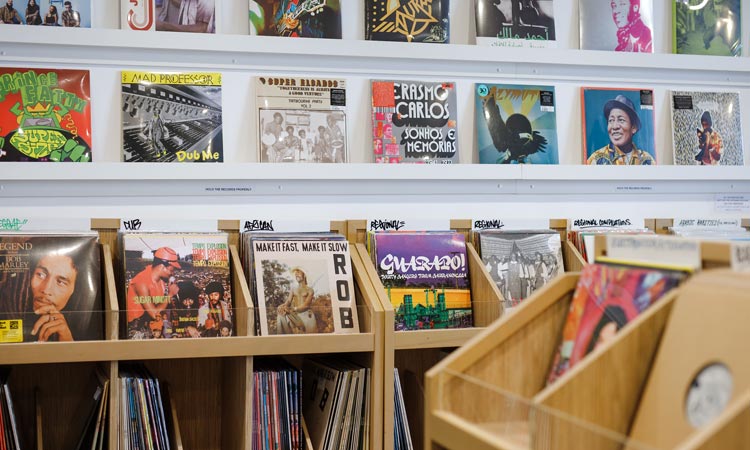 The store houses a wide variety of both new and used records available in genres such as jazz, soul, reggae, house etc.

Launched in the year 2014, the label is an extension of the music he plays in clubs, such as techno and house, but inspired by dub music.

His unwavering love for music aside, Shadi does acknowledge that straddling the lines between art and business can be tricky.

"You cannot ignore the business part."

"I am not a typical business mind. For me music and art come first. But at the same time I have to deal with the bank, the taxes I pay.

"The mark-up is pretty slim for records and we spend a lot of money on shipping, so that’s where the challenge is," he states.

While other ventures would go on a hard-selling spree to pick up the business, Shadi shies away from such advertising strategies.

"We just promote ourselves on the usual social media channels and wait for the right people to find us.

"You just want people to come to you organically, because they are the ones coming back. Advertising will bring you here once, but you won’t come back again."

Shadi acknowledges that the business could do better and affirms that they are constantly doing things to reinvent themselves, like opening their new online store, which you can find at flipsidedxb.com.

"We just try and improve what we already do, get more records, get more sources of records.

We have no competitors to compare our business with, so it’s a trial and error, especially since there isn’t a big market for it," he declares.

While dipping his toes into conventional music sales would seem tempting, Shadi makes it clear that he would rather shut shop and rest on his laurels than take the pedestrian path.

"You can get carried away, money is a great thing. It’s easy to think about it. But I just don’t want to sell music that will sell.

"The Flip Side needs to be unique," he asserts 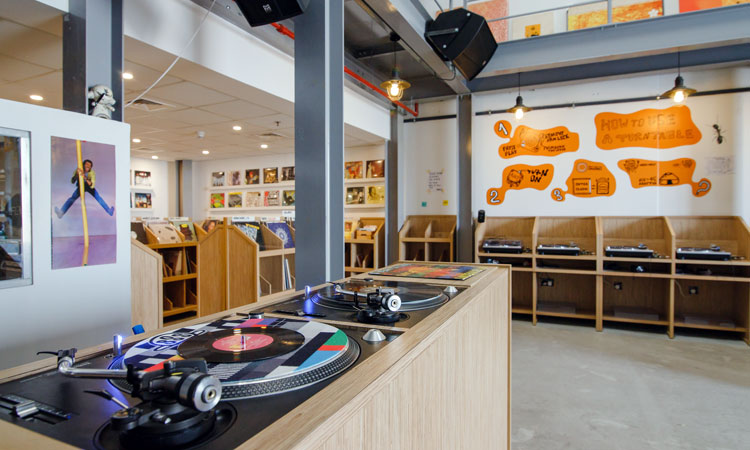 He has now made peace with whatever fate has in store for The Flip Side and is proud of what they’ve achieved in a short span of two years.

"In my head I am fine with it not going so well.

"It’s a lot of stress and anxiety and as long as we tried and did our best, I don’t think we should regret it."

He continues, "I don’t want people to think The Flip Side is a great shop only in Dubai. It’s in the top lists of record shops worldwide, in books and international media.

"I am proud of what we’ve achieved in two years, something other record stores wouldn’t be able to do. It's amazing what we've done. And this has only been possible because we stuck to our concept and vision."