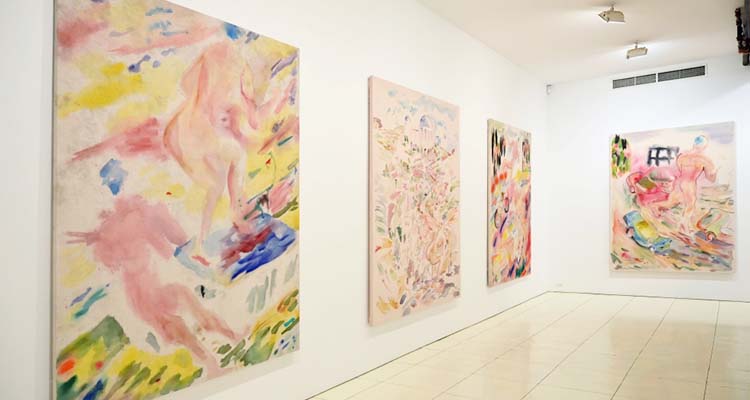 Paintings by artist and filmmaker Gus Van Sant are on display during his exhibition.

Renowned filmmaker Gus Van Sant has worked in cinema for more than four decades, but has never set aside his parallel interest in painting, a passion of his youth.

Nine recent canvases by the director known for films such as "Elephant," "My Own Private Idaho" and "Good Will Hunting" are now on show at the Vito Schnabel gallery in Greenwich Village until November 1, Van Sant's first solo exhibition in New York.

These watercolors on linen measuring 6.5 feet (two meters) high are almost all untitled and find a main character of sorts in a sketch of a nude man, who appears to float amid a dreamlike landscape with blending colors, waves of cars and at times one of Los Angeles' most known monuments, Griffith Observatory. 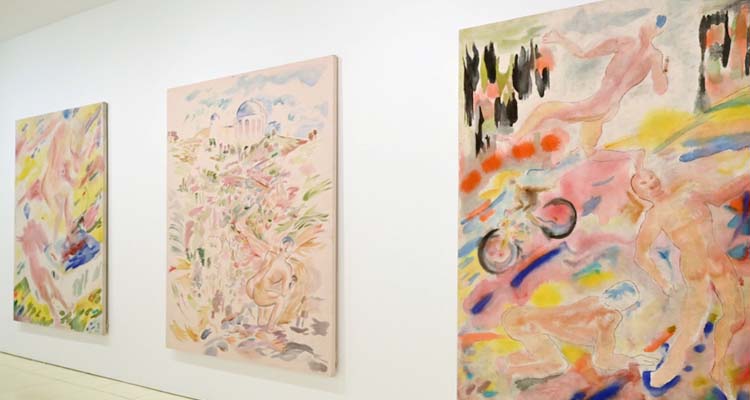 For more than 40 years, Gus Van Sant has always had a parallel interest in painting.

A resident of Los Angeles since the end of the 1970s, Vant Sant said he drew inspiration from "years of living within a small distance to Hollywood Boulevard."

"The images are meant to convey the transgressive emotions and activity found there. There are also moments of reflection, moments of desperation, hope, curiosity, and sometimes madness," he told AFP in an email.

Painting and filmmaking are "for the most part separate," said the Palme d'Or winner, but sometimes find a common thread. 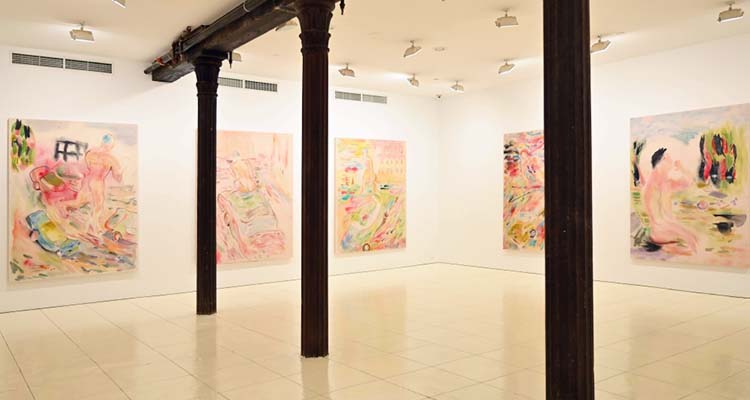 Nine of the most recent paintings by the director are visible at the gallery Vito Schnabel, Greenwich Village.

"I think of filmmaking as somewhat story oriented with dramatic tension whereas painting has more visual, contextual, and compositional tension," he said.

His multidisciplinary tastes and love of painting are well known: in 2016, the French Cinematheque put on a retrospective of his work, showing his canvases as well as photography.

And in 2011, he and actor James Franco organized a show in Los Angeles of their respective works.

The majority of the nine canvases on display in New York are already spoken for, said Cy Schnabel, brother of the gallerist Vito, without specifying by whom.