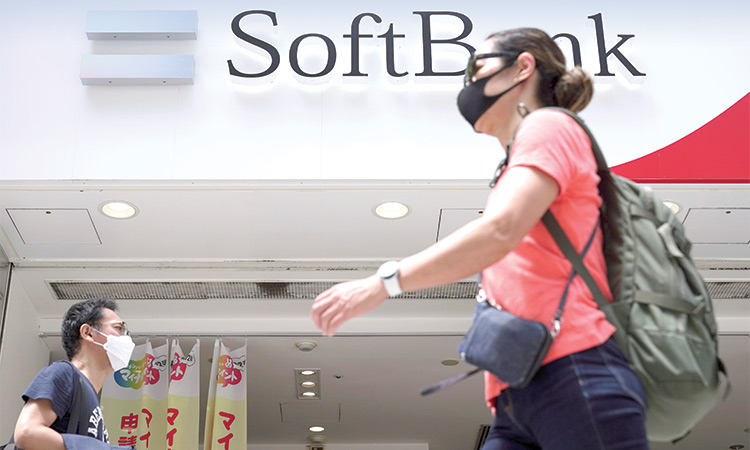 People walk by a SoftBank shop in Tokyo on Monday. Associated Press

The pain in the April-June quarter comes fresh after the closely watched Vision Fund posted a record $26 billion loss in May, when rising interest rates and political instability disrupted global markets, and could test investor willingness to stomach further big losses.

SoftBank founder and CEO Masayoshi Son has already pledged to tighten investing criteria and preserve cash to ride out the downturn and on Monday he signalled cuts to headcount at the Vision Fund, saying there were no “sacred areas”.

“The world is in great confusion,” Son told a briefing after the release of the results, remarking on the tech sell-off. But he acknowledged the company had invested in more start-ups than it should have and that valuations had been “in a bubble”.

SoftBank also said it had authorised a share repurchase programme worth up to 400 billion yen, something that could assuage investors.

Overall, the sliding portfolio pushed SoftBank to a 3.16 trillion yen ($23.4 billion) net loss in the latest quarter - its largest loss ever. That compared with profit of 761.5 billion yen in the same period a year earlier. The Vision Fund unit saw a $23.1 billion hit in value.

SoftBank said it wrote down the value of unlisted assets across its two Vision Funds by 1.14 trillion yen. Analysts have said writedowns of these private assets were unlikely to reflect the extent of current market weakness.

To raise cash, SoftBank has exited companies including ridehailer Uber Technologies and home-selling platform Opendoor Technologies, for a total gain of $5.6 billion.

The second Vision Fund’s stakes in 269 firms were worth $37.2 billion at end-June, compared with an acquisition cost of $48.2 billion.

Plunging initial public offering volumes and market scepticism towards money-losing startups have squeezed an important source of capital for SoftBank, which hopes to list chip designer Arm following the collapse of a sale to Nvidia.

SoftBank hasn’t been the only casualty of the tech sell-off.

Hedge fund Tiger Global, which competes with “unicorn hunter” Son on deals, saw its flagship fund fall 50% in the first half of the year after it underestimated the impact of surging inflation on markets.

Berkshire Hathaway booked a $44 billion quarterly loss on its investments and derivatives, with Chief Executive Warren Buffett urging investors to ignore the fluctuations.

SoftBank Group Corp is planning to cut headcount at its flagship Vision Fund investing arm, CEO Masayoshi Son said on Monday, after a crash in the value of its portfolio pushed his conglomerate to a record quarterly net loss.

Vision Fund, which upended the world of venture capital with splashy bets on startups such as ridehailers Uber and Didi, posted a $23.1 billion loss in the April-June quarter as value evaporated from its investments in the market rout.

“The world is in great confusion,” Son said at an earnings news conference.

The result caps a tumultous six months for the Vision Fund, which posted a record $26.2 billion quarterly loss in May after SoftBank was caught out by rising interest rates and political instability that hammered markets globally.

Son has already radically scaled back investment activity. The Vision Fund arm approved just $600 million in new investments in the first quarter, compared with $20.6 billion in the same period a year earlier.

On Monday, the billionaire pledged to go further: limiting the second fund just to managing its current portfolio of investments, while planning workforce cuts at Vision Fund and cost reductions across the group.

“We need to cut costs with no sacred areas,” Son said.

Son had already suffered a series of high-profile reversals after big bets by the first Vision Fund in late-stage startups such as office sharing company WeWork soured, prompting him to tighten investment controls with the second fund.

However the billionaire said Vision Fund 2, which has taken smaller stakes in a larger number of companies, had invested at frothy prices. “We were in a kind of bubble on valuations,” he said. The second Vision Fund’s portfolio of 269 firms, which cost $48.2 billion to acquire, was worth just $37.2 billion at end-June. 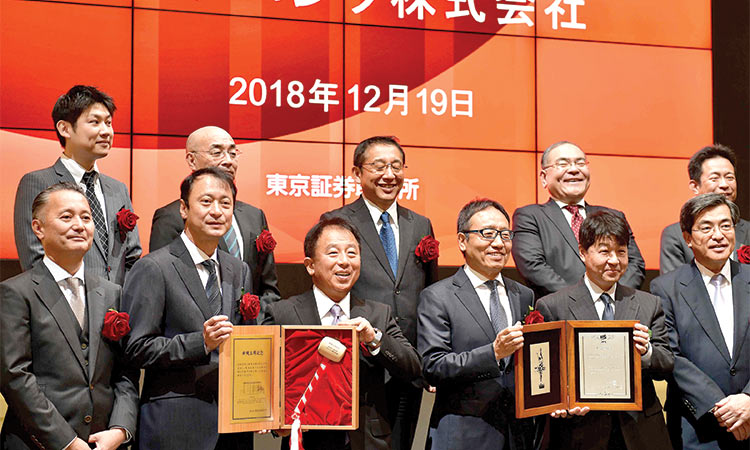 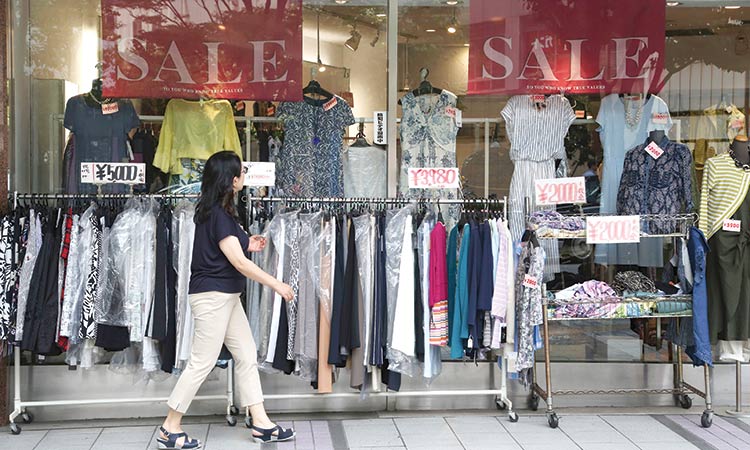