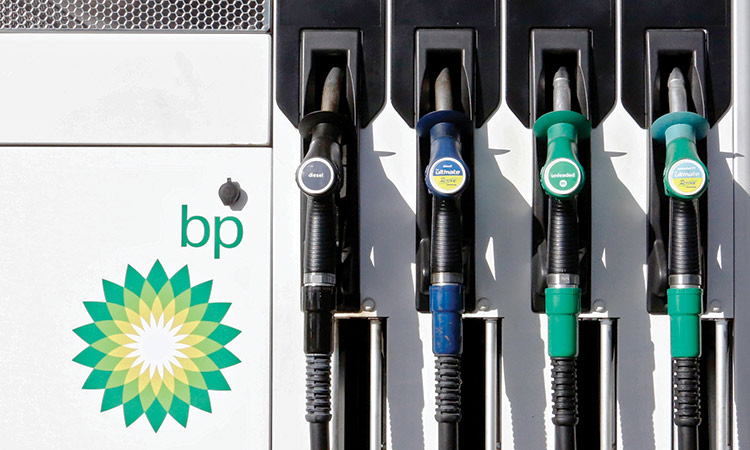 Fears over disruption to Russian oil exports in the face of Western sanctions jolted the market.

Oil rose above $112 a barrel on Friday in a volatile session as fears over disruption to Russian oil exports in the face of Western sanctions offset the prospect of more Iranian supplies in the event of a nuclear deal with Tehran.

Signs of an escalation in the Russia-Ukraine conflict, with reports of a fire at a Ukrainian nuclear power plant, spooked mnarkets before authorities said the fire in a building identified as a training centre had been extinguished.

“Russia’s invasion of Ukraine means that fears over supply will remain front and centre,” said Stephen Brennock of oil broker PVM, though he added that there is “a new sense of urgency” to revive the Iranian nuclear deal.

Crude oil hit its highest in a decade this week and prices are set to post their strongest weekly gains since the middle of 2020, with the US benchmark up more than 18 per cent and Brent 13 per cent.

On Thursday prices swung in a $10 range but settled lower for the first time in four sessions as investors focused on the revival of the Iran nuclear deal, which is expected to boost Iranian oil exports and ease tight supplies.

Oil prices are rising on fears that Western sanctions over the Ukraine conflict will disrupt shipments from Russia, the world’s biggest exporter of crude and oil products combined.

Trading activity for Russian crude has slowed as buyers hesitate to make purchases because of sanctions against Russia while US President Joe Biden comes under growing pressure to ban US imports of Russian oil.

Meanwhile the terminal inflation rates more than terminal interest rates may be a better guide to how world currencies surf the post-pandemic world and war-driven commodities shock.

As major central banks prepare to normalise super-loose monetary policies and near zero interest rates in the face of surging oil and food costs - driven by economies re-opening and spurred by Russia’s invasion of Ukraine - there’s much anxiety about just how high interest rates will need to go.

Markets talk of ‘terminal’ interest rates as the high point of the coming cycle. Even though the US Federal Reserve, for example, points to a ‘neutral’ rate between 2-2.5 per cent, and its determination to go higher if necessary, futures markets still doubt it and see rates topping out next year around 2 per cent or below. Getting this horizon right is critical for borrowers needing to plan and for stock and bond markets pricing ahead.

But for currencies, it’s long-term inflation differentials that should typically determine value over time.

And so where markets assume inflation rates end up - which is itself a function of their trust in either the willingness or ability of each central bank to get price rises back down to target - is as important as relative terminal interest rates.

And in some respects that peak interest rate will reflect what a central bank is willing to tolerate on the inflation front - not least if there’s a sharper trade-off between ever tighter policy and growth or employment over that timespan.

In a report last week Bank of America’s Athanasios Vamvakidis sketched out this arced trajectory of a higher US dollar today quickly giving way as US inflation dynamics erode it over time relative to Japan, the eurozone and Switzerland.

A more aggressive Fed tightening this year underpins the dollar against the euro now. But if US inflation likely settles above the 2% longer term - as BofA forecast - and Europe’s and Japan’s subsides back below, it tallies with a return of euro/dollar’s exchange back as high as $1.20 by 2024.

But beyond the short term? “With inflation currently above target in most of G10, the FX implications also depend on where countries will end up.” “Countries with permanently higher inflation will also end up with weaker currencies,” wrote Vamvakidis.”Otherwise, countries with low inflation will keep becoming more competitive, with a permanent downward trend to their real exchange rate and an undervalued currency. Of course, the correlation goes both ways.

Inflation: Of course there are myriad influences on exchanges rates over the short term - relative growth and interest rates, high-frequency economic soundings, fiscal policy mixes, shifting sentiment on geopolitics or elections, and the ebb and flow of speculative, investment or trade flows.

But just as inflation dictates the value of the dollar or euro in your pocket - by measuring how much bread and milk and goods and services you can buy with it year to year - it also affects the relative competitiveness of an economy and its businesses abroad - and hence its exchange rate.

Put another way, if higher inflation weakens the purchasing power of a currency domestically, then relatively higher inflation, alongside wage growth and input costs, weakens that currency externally as exchange rates shift to compensate for lost competitiveness. Or so the theory goes.

The issue goes to the heart of the ‘carry trade’ anomaly, where traders seek out short term bets by borrowing currencies with low funding rates to deposit in a higher yielding one - pocket the gap as long as the exchange rate doesn’t gyrate.

As these are typically short term bets, little heed is paid to the real reason why rates are higher in the first - and often it’s due to an chronic inflation problem.

As carry trades typically work in times of low volatility, we may be at a juncture. World FX markets have just been through a period of extraordinarily low volatility for the major currencies - partly because of years in which inflation rates and inflation expectations in the world’s biggest economies had all converged below 2 per cent targets.

That world may now be ending.

The CVIX index of implied volatility across the major currencies hit a record low on the eve of the pandemic - but had doubled since then. Even so, euro/dollar’s three-month implied vol remains below its 30-year average.

If inflation differentials take greater precedence over ‘carry’ in a more volatile work, what to look at?

As uncertain and frenetic as economic and political circumstances are right now, market assumptions of long-term inflation and ‘real’ inflation-adjusted rate differentials hove into view. 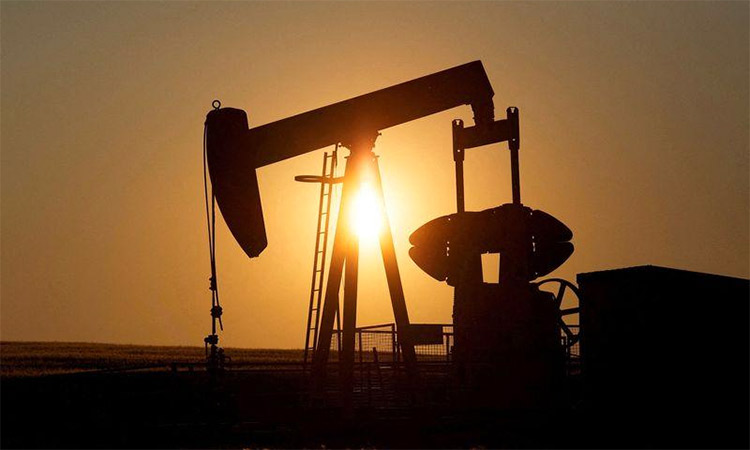 Iranian deal and the Russian factor

Iran and the International Atomic Energy Agency (IAEA) had announced on Saturday that they have reached an understanding over the need to adopt a common approach to sort out issues between them, and this would serve as a prelude to arriving 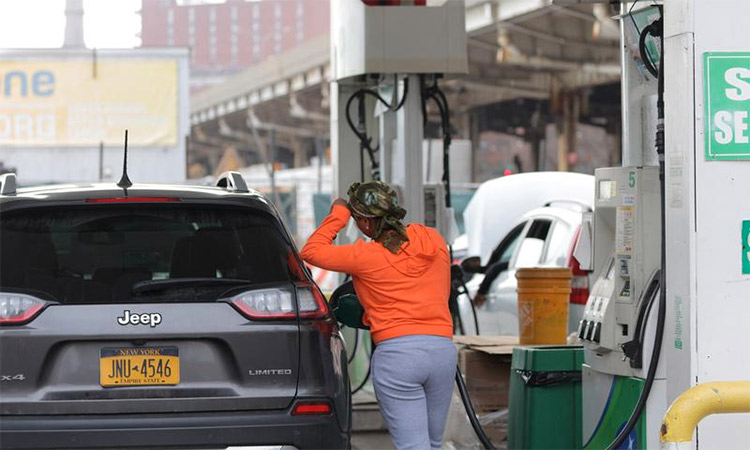 Rise in gas prices will affect US people

When a news anchor confronted Energy Secretary Jennifer Granholm about high gasoline prices and asked about the Biden administration’s plan to increase oil production in America, she burst into laughter. “That is hilarious,” she said. It was early 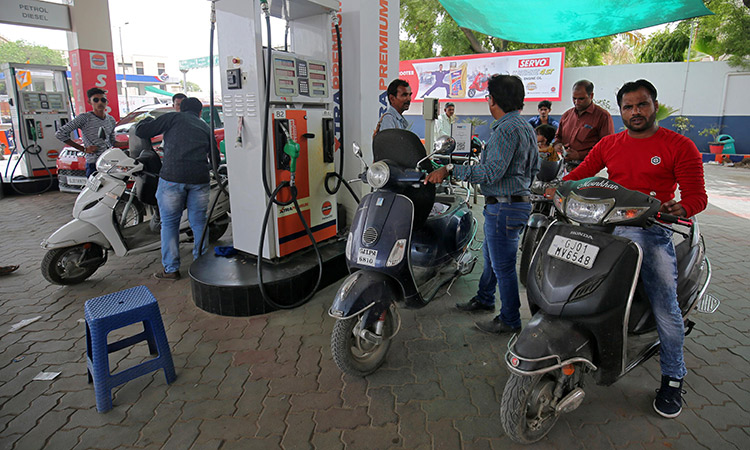 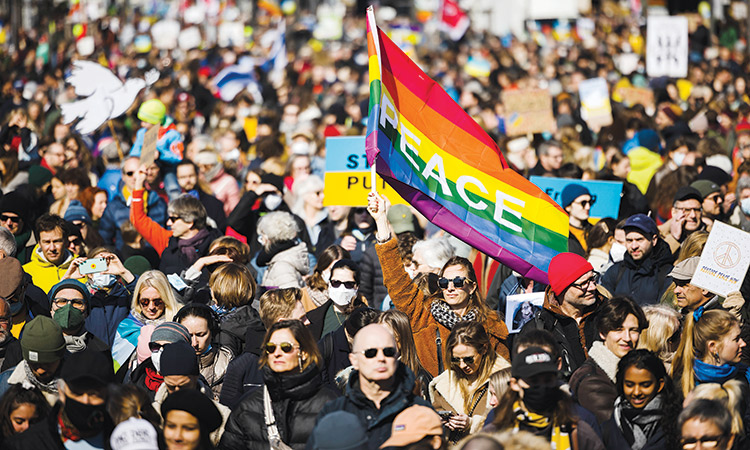 Switzerland’s newly adopted tough stance on Russia has forced the Swiss economy to readjust to sanctions, blowing a wind of panic through the raw materials market in particular. Switzerland announced Monday it would follow the sanctions being