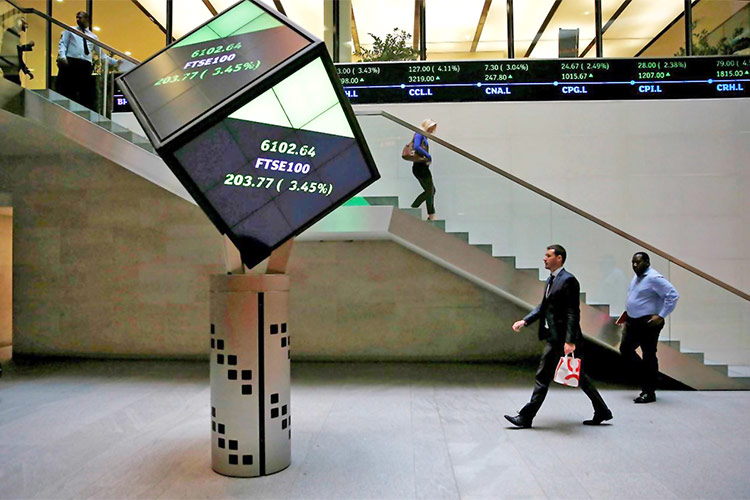 A jump in Adidas following an upbeat forecast from US rival Nike and better-than-expected euro zone manufacturing data on Wednesday helped European stocks extend a recovery from a steep sell-off earlier this week.

Investors took heart from data that showed German manufacturing sector activity improved in September, with IHS Markit's flash PMI rising to 56.6, its highest level in more than two years. The survey showed manufacturers across the euro zone fared much better.

"Europe should benefit from that trend," said Chris Bailey, European strategist at Raymond James. "We've seen the world go from a lot of lockdowns to lot less lockdowns, that has been good for manufacturing."

A weakening euro also boosted shares of exporters that draw a large part of their revenue from overseas, driving the euro zone blue-chip index up 1.6%.

However, the survey showed broader business growth ground to a halt this month as the bloc's service industry slammed into reverse, knocked by a resurgence in coronavirus cases that pushed governments to reintroduce restrictions.

London's exporter-heavy FTSE 100 jumped 1.9% as the pound was hammered by fresh UK curbs to tackle a second wave of COVID-19 infections.

Fears of such restrictions slowing an economic rebound drove the STOXX 600 to its worst sell-off in three months on Monday, but markets have stabilised since on hopes that the curbs would be more targeted.

Osram Licht surged 14.1% after Austrian sensor maker ams said it had signed a so-called domination and profit and loss transfer agreement as a key step towards closing its 4.6 billion euro ($5.4 billion) takeover of the German firm.

Travel stocks rebounded after a four-day run of losses, with Germany's Lufthansa jumping 5.3% after a company executive said the airline was planning to make rapid COVID-19 antigen tests available to passengers in October.

Spain's BBVA gained 4.4% after it forecast an improvement of core revenues in the second half of 2020 due to a recovery in new retail loans and lower cost of insuring its loan book.