Business Bureau, Gulf Today
The Business Registration and Licensing (BRL) sector in Dubai Economy has reported that 550 Instant Licences were issued during the first quarter (January to March) of 2020. Among the Instant Licences issued, 73 per cent were commercial and 27 per cent professional.

The Instant Licence service is the winner of the ‘Flag’ of the Hamdan Bin Mohammed Programme for Smart Government 2019. It enables business owners to obtain their commercial licences in one step, and within five minutes. The initiative is a path-breaking service whereby businessmen can establish and conduct business in Dubai easily with the option to issue an electronic Memorandum of Association (MOA), and a virtual site enough for the first year.

The report showed that the number of Instant Licence owners during Q1 2020 reached 1,746 with men accounting for 88% of the licence owners. Entrepreneurs who secured Instant Licences during Q1 2020 included those from the UK, South Africa, Saudi Arabia, Egypt, Jordan, India, Pakistan, China, Sudan and the Philippines. The Instant Licence service reduces human interaction through automated licensing procedures and easy access to a business licence. It guarantees that entrepreneurs can start their business activity immediately after the licence is secured, and then complete the remaining requirements of the licence, such as approvals from other relevant government entities.

An Instant Licence includes four legal forms - Limited Liability Company, One Person, Sole Proprietorship and Civil Company. The market fee for the issuance of the instant licence has been adjusted from Dhs3,000 to Dhs250 only, including for general trade activity, which is licensed via eServices only. The same fee applies when the instant licence is renewed.

Business owners can obtain online a general commercial licence, which includes General Trade activity, in addition to activities that do not require external approvals and are permitted for both citizens and residents. 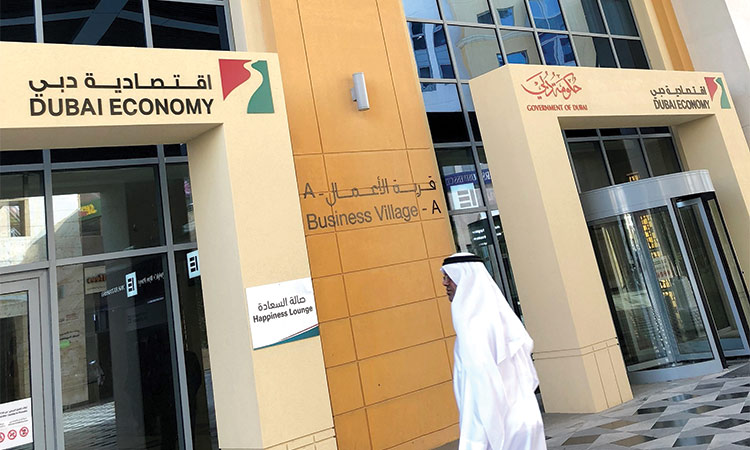