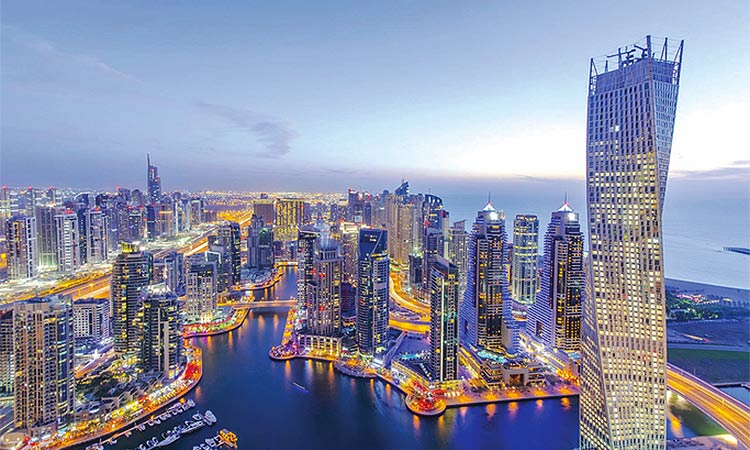 Dubai and the wider UAE continue strengthening their position as the global capital of Islamic economy. WAM

Business Bureau, Gulf Today
In line with the prevailing safety rules to help the UAE combat the spread of COVID-19, the Dubai Islamic Economy Development Centre (DIEDC) recently held its first board meeting of 2020 virtually.

Chaired by Sultan Bin Saeed Al Mansouri, Minister of Economy and Chairman of DIEDC, the meeting that convened all members of the Centre’s board, reviewed the progress of strategic initiatives made in 2019 and outlined the Centre’s action plan for 2020.

Sultan Al Mansouri confirmed that the UAE’s top ranking for five key Islamic economy segments puts the country in prime position to collaborate with the world’s nations in achieving sustainable economic growth in the current public health circumstances. He noted that the exceptional period the world is currently passing through reveals the wisdom behind the vision of His Highness Sheikh Mohammed Bin Rashid Al Maktoum, Vice President and Prime Minister of the UAE and Ruler of Dubai, in launching the Dubai: Capital of Islamic Economy initiative as a sustainable and well-founded ecosystem for nations, companies, and individuals.

He said: “In line with its ethical values and principles, the Islamic economy is a just system that operates in full transparency with regard to wealth accumulation and distribution, while supporting the mission for sustainable development.”

Sultan Al Mansouri added: “The size of the global Islamic economy, in which the value of Islamic finance assets was estimated at $2.4 trillion in 2017, guarantees continued sustainable growth in all circumstances. With interest in the sector growing across the world, Dubai and the wider UAE continue strengthening their position as the global capital of Islamic economy, and a destination for specialists and enthusiasts. This is evident as we gear up to host the fifth edition of the Global Islamic Economy Summit, set to take place at the Dubai Exhibition Centre in the heart of the Expo 2020 Dubai site on 9 and 10 November 2020.”  Furthermore, Al Mansouri praised the economic stimulus package recently announced by His Highness Sheikh Hamdan Bin Mohammed Bin Rashid Al Maktoum, Crown Prince of Dubai and Chairman of The Dubai Executive Council, to support companies and businesses in Dubai through enhancing liquidity and mitigates the impact of the current exceptional global economic situation. He said: “All sectors in Dubai, especially the retail, trade, tourism, and energy sectors, as well as activities that promote the Islamic economy, will benefit from the package that reduces the cost of doing business and eases procedures.”

His Excellency confirmed that the Dubai: Capital of Islamic Economy strategy is making significant advances due to the strong synergies between DIEDC and the respective strategic partners from the public and private sectors. He said: “The Centre’s collaboration with its strategic partners demonstrates a team spirit and positively impacts the Islamic economy, not just in terms of boosting its contribution to Dubai’s GDP, but also through attracting more international stakeholders that wish to benefit for the growing investment opportunities the sector offers.” For his part, His Excellency Essa Kazim, Secretary General of DIEDC, praised the stimulus packages that various government entities have announced, in line with the directives of the UAE’s wise leadership. Referencing these decisions, he noted that as a positive outcome, the national economy - including the Islamic economy sector - is capable of overcoming the economic slowdown witnessed across the world.

He said: “The Islamic economy has the ability to continue progressing as a sector that is safe from crises, because it is a just and transparent system and strikes the required balance when it comes to wealth accumulation and distribution. It also supports Dubai’s, and the wider UAE’s objective of focusing on comprehensive and long-term development, which is well aligned with its own values and principles.”