Next union budget to cut import duty on gold from current 12.5% - GulfToday

Next union budget to cut import duty on gold from current 12.5% 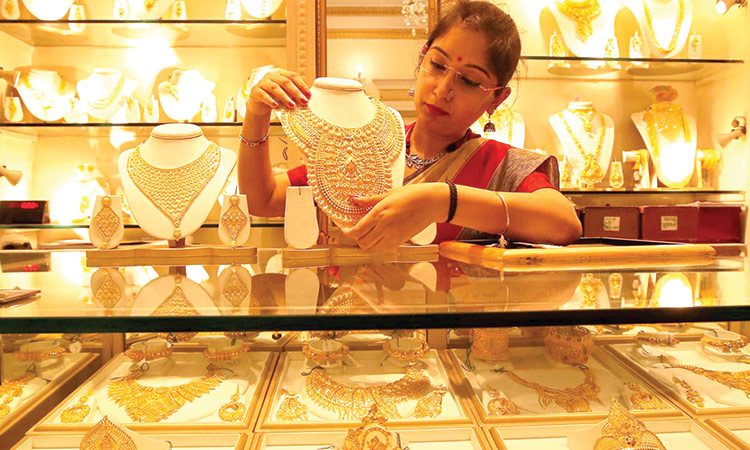 Union Budget 20-21 is likely to cut the import duty on gold from the current 12.5 per cent with a view to push exports of jewellery despite the reduction likely affecting the current account deficit, people in the know of matters said.

India is the largest importer of gold and gold imported is used to meet the demand of the jewellery industry. Gems and jewellery exports declined about 1.5 per cent to $20.5 billion in April-November this fiscal.

What will be the exact cut in import duty is difficult to say, but it is expected to be cut, but a cut is probably inevitable looking at weak exports.

Indian jewelleries are in good demand abroad, the urgency is to boost exports where we have strength, said the sources.

Gold imports in December declined sharply to 39 tonne, from 152 tonne in November. India’s gold imports, which have a bearing on the current account deficit, fell about 7 per cent to $20.57 billion during April-November period of the ongoing financial year, according to the Commerce Ministry data.

As per government data, India’s gold imports fell about 7 per cent to $20.57 billion during April-November period of the ongoing financial year. The commerce ministry data said Imports of the yellow metal stood at $22.16 billion in the same period of 2018-19.

Commerce Ministry in its 20-21 Budget proposals, has already urged the Finance Ministry to consider a significant reduction in the import duty on gold.

In the last Budget, the government had increased the import duty on the yellow metal to 12.5 per cent. The gems and jewellery export industry has sought reduction in the import duty to 4 per cent in the budget, which is scheduled on February 1.

The current fiscal budget hiked import duty on gold to 12.5 per cent from 10 per cent making the gold dearer in the domestic market and had also increased the possibility of increasing entry of gold in the country through the illegal route.

Meanwhile the gold rose on Wednesday as investors sought safer assets amid uncertainty about the effectiveness of a Sino-US Phase 1 trade deal after a top US official said tariffs on Chinese goods would stay in place. Spot gold rose 0.4 per cent to $1,552.37 per ounce by 0829 GMT. US gold futures gained 0.5 per cent to $1,552.90.

Just a day before the world’s top two economies prepared to sign an interim trade deal, US Treasury Secretary Steven Mnuchin said tariffs on Chinese goods will be in place until the completion of a Phase 2 agreement. Keeping the tariffs could reduce the economic benefits of the Phase 1 deal by limiting China’s access to one of its largest trading markets.

“Overnight reports that the US would keep existing tariffs in place at least until after the US election has obviously rattled markets and that has been somewhat supportive for gold,” said ING analyst Warren Patterson.

“I struggle to see gold trading below $1,500 for a sustainable period of time, over the next year or so, largely as a result of this trade uncertainty.” gold rose 18 per cent last year mainly because of the 18-month long tariff dispute and its impact on the global economy.

Asian stocks slipped as Mnuchin’s comments dented risk sentiment. Investors were keenly awaiting the details of the Phase 1 agreement, which would be released later in the day. “The importance of the Phase 1 deal has now diminished,” said Jigar Trivedi, a commodities analyst at Anand Rathi Shares and Stock Brokers in Mumbai. “It’s just symbolic at this time, it will not have any significant impact on the market.”

A source on Tuesday said that under the deal China has pledged to buy almost $80 billion of additional manufactured goods from the United States over the next two years, though some US trade experts call it an unrealistic target. Concerns of friction in U.S.-China ties also remained with the US nearing publication of a rule that would block shipments of foreign-made goods to China’s Huawei.

Palladium hit a record high of $2,219.51 an ounce earlier in the session on concerns of a supply deficit, and was last up 0.9 per cent to $2,213.54. “The underlying fundamentals with tight supply and demand balance is the key factor which continues to be supportive for prices,” ING’s Patterson said. Silver rose 0.3 per cent to $17.84 per ounce, while platinum advanced 1 per cent to $992.65. Recently in wake of the Iran US conflict the gold prices in India had touched Rs 42,000 per 10 gram which now have settled to 40,940. 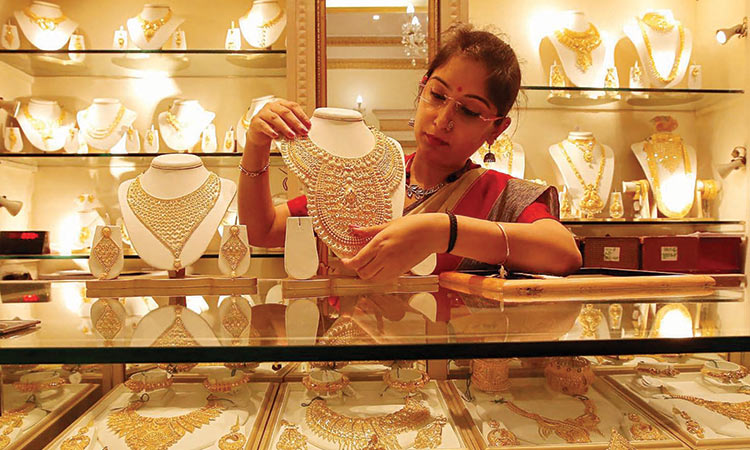