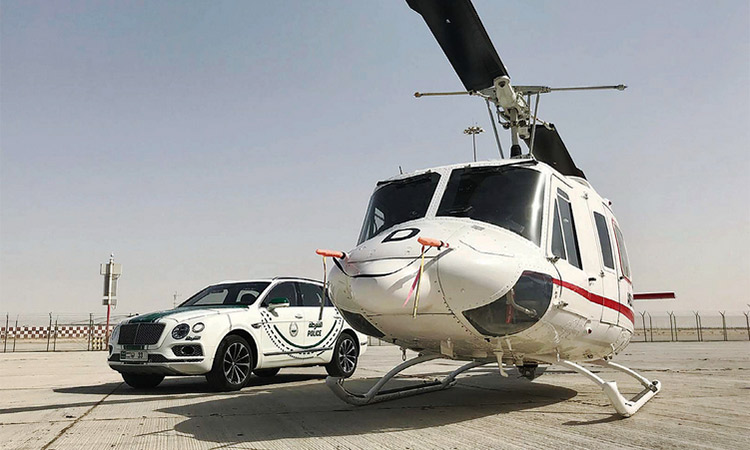 Updates on aerodrome and heliport regulations will also be one of important features at the Dubai HeliShow 2020.

Business Bureau, Gulf Today
The Dubai Helishow, the biennial international helicopter technology and operations exhibition dedicated to the helicopter industry, is returning in 2020 on November 10-12 at the Royal Pavilion of E2 Dubai South Event & Exhibition Center, Al Maktoum International Airport. The event will be staged under the patronage of Sheikh Mohammed Bin Rashid Al Maktoum, Vice President and Prime Minister of the UAE and Ruler of Dubai.

The upcoming show will highlight the new developments in the rotor industry, including the next-generation helicopters and air taxis; the futuristic vertical take-off and landing (VTOL) technologies; the future maintenance and repair organisations (MROs) in the region; and updates on aerodrome and heliport regulations. To be co-located with the Military & Homeland Security show, the 8th edition of Dubai HeliShow will also feature the Unmanned Arial Vehicle/Drone sector as a new addition to its Exhibition and Conference platform.

An exclusive three-day conference - another main highlight - will shed light on a vast range of topics, including ‘Urban Mobility and Next Generation Air Taxis;’ ‘The Electric and Autonomous VTOL Revolution;’ ‘Update on Aerodrome and Helicopter Regulations;’ ‘Integrating Drones Into Controlled Airspace – Challenges and Security Issues;’ ‘The Role of Rotorcrafts in Homeland Security;’ and many others.

The upcoming edition will feature key companies from the rotor, UAV/drone, and defence industries from around the world. With a global audience, the event will also be an excellent opportunity for industry stakeholders to highlight their recent achievements and advancements as well as meet and interact with prospective buyers from the Middle East.

Dubai South, which includes Al Maktoum International Airport, a key supporter and host of the show seeks to expand its aviation district in aircraft manufacturing and maintenance operations, a critical part of this growth will be in the Helicopter sector. Tahnoon Saif, CEO of Dubai South’s Aviation District, said: “the HeliShow 2020 will provide a unique opportunity to place together customers, suppliers and government officials to reflect the growing importance of the Helicopter sector within our regional aerospace, highlighting the latest developments and advancements, firmly putting it on the map as a place to do business.”

Ahmad Abulhoul, Managing Director, Domus Group, organiser of the show said: “With the increasingly important roles played by helicopters and UAVs/drones across a number of industrial, hospitality, and crisis management scenarios, including military, transport and cargo, firefighting, rescue, and offshore oil support, the upcoming edition of the highly successful Dubai HeliShow is already attracting a great deal of interest from international exhibitors, decision makers, government and defense officials, along with commercial customers, owners, users, and manufacturers.”

It may be mentioned that the previous show in 2018 also witnessed the display of an array of latest helicopter technologies, amidst wide international participation from leading players in the field of civil and military helicopter technology and operations.

The show featured a series of in-depth discussions on main issues affecting the future of the helicopter industry on the local and international levels, in the presence of exhibitors, decision makers, government and defense officials, besides customers, and manufacturers from the industry. These meaningful discussions also highlighted the industry’s current and emerging challenges and explore new trends, prospects for fruitful partnerships and opportunities for growth, in line with the rapid technological developments in commercial, civil and military helicopter sectors.

Rabih Bou Rashid, CEO of FEDS, said: "The global commercial drones market is slated to grow 20 per cent annually. That growth, however, has been limited because of a lack of crucial legislation and roadmap in the world.” 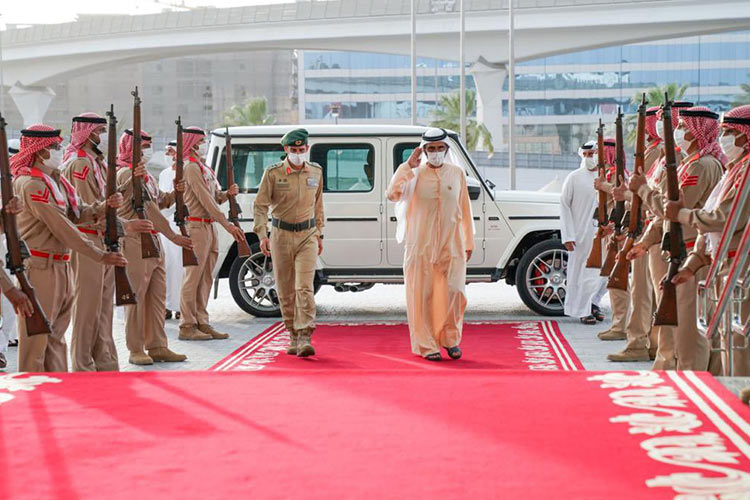 Sheikh Mohammed also reviewed the artificial intelligence systems that assign police patrols across Dubai without human intervention and the system of 300,000 smart and round-the-clock surveillance cameras that ensure safe living for our citizens and residents. 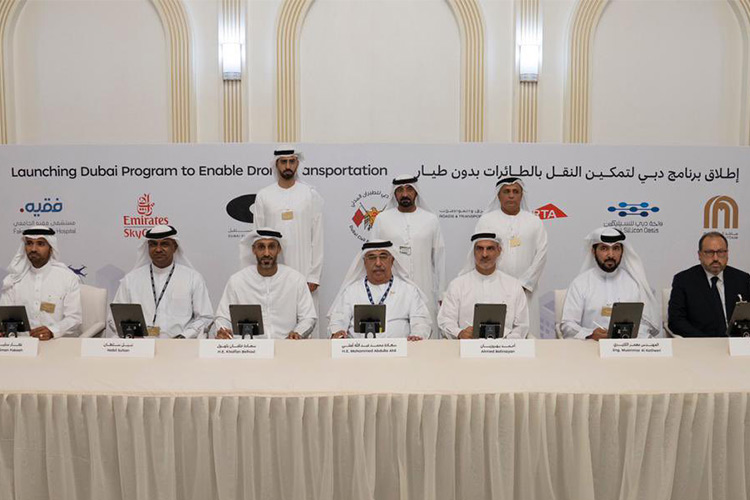 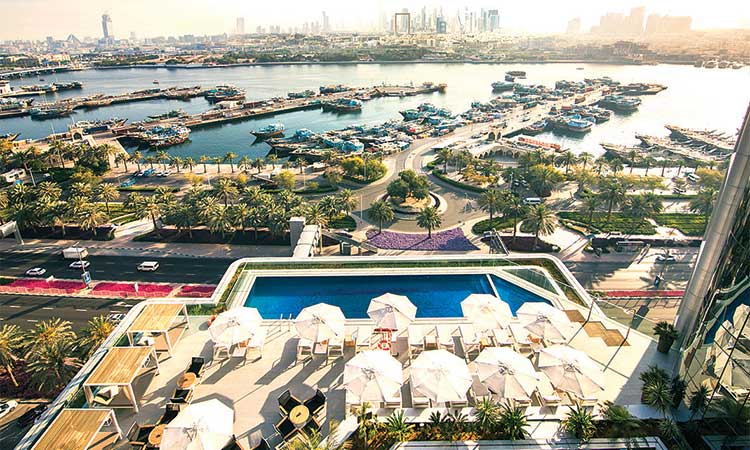