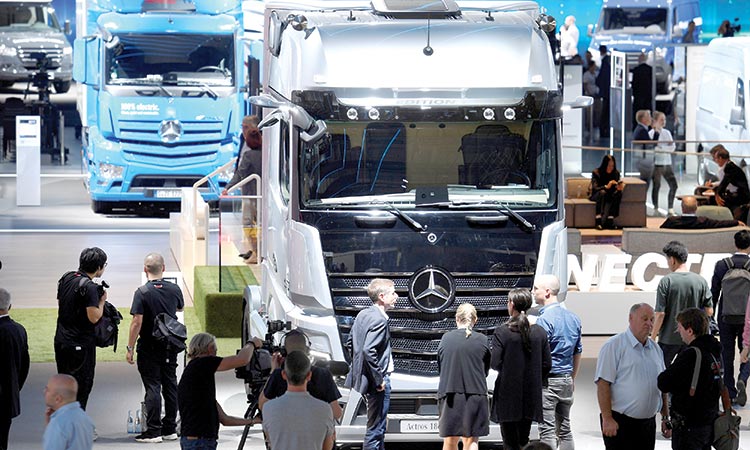 Visitors look at a Mercedes Benz truck during a trade fair in Hanover, Germany. Reuters

The plan will deepen the alliance between Daimler and its Chinese truck JV partner, Beiqi Foton Co, and comes after the purchase of a 5% stake in Daimler last month by its Mercedes Benz passenger car partner, Beijing Automotive Group Co (BAIC), Foton’s parent group.

“Localisation of Mercedes Benz branded trucks had been planned years before, so it has nothing to do with BAIC Group’s recent stake purchase in Daimler,” one source said.

In 2016, Daimler’s then head of its truck business told German media that it planned to make Mercedes Benz-branded Actros heavy trucks in China by the end of the decade. No details of the plan has since been reported or announced.

Under the plan, Beijing Foton Daimler Automotive (BFDA) will add Actros to its production lines which are mainly used to make Auman trucks, the joint venture’s sole truck brand, the sources said.

The JV plans to revamp its No.3 plant, which will have an annual capacity of 60,000 heavy trucks, and expand capacity at its No.2 plant to 100,000 units from 60,000 now, according to a document on the JV’s website. The value of the investment was not known.

The No.3 plant will build both Actros and Auman trucks, said the sources, who declined to be identified because the plan had not been made public.

All Mercedes Benz trucks currently sold in China are imported and priced significantly higher than domestically made Auman trucks.

Founded in 2012, the truck joint venture sold just over 100,000 units in China last year. Daimler is seeking to further develop its truck business with Foton, but the lack of a solid supply chain in China remains an obstacle, the sources said.

“One of the biggest challenges is to build up a good local supply chain, as many heavy truck components for Mercedes Benz trucks cannot be locally sourced for now,” the second source said.

China’s heavy truck market has fared better than the overall auto market this year, thanks to a growing e-commerce industry and improvements in traffic and logistics infrastructure.

China sold 732,000 heavy trucks in the first seven months this year, down 1.4% from the same period a year earlier, while the overall auto market dropped 13.5%.

Other major heavy truck makers in China include FAW, Dongfeng and Sinotruk.  Daimler said Mercedes-Benz customers in Germany could apply for a 3,000 euro ($3,350) subsidy to upgrade the exhaust filters of older, polluting diesel vehicles, the latest effort among German carmakers to avoid inner-city bans.

Factory activity in China is expected to have contracted for the third month in a row in July, a Reuters poll showed, underlining the intensifying strains on the world’s second-biggest economy from a highly protracted trade war with the United States. 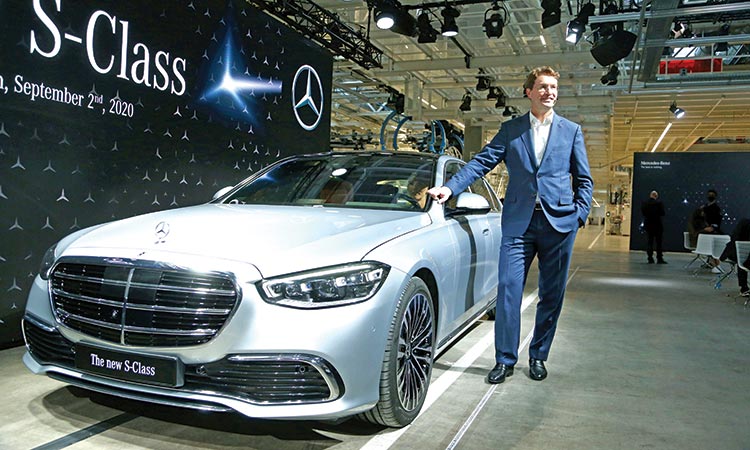