Dubai firms up its position as region’s top cruise destination 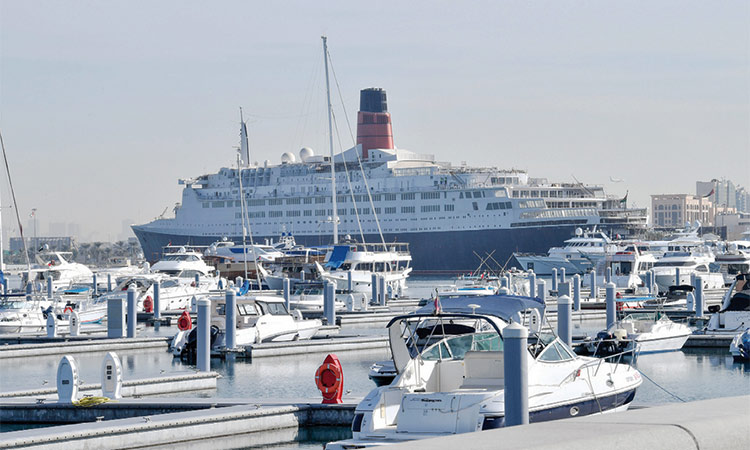 Bolstering its position as a premier international cruise destination, Dubai concluded its 2018/2019 cruise season with a record increase of over 51 per cent in cruise tourist footfall and a 38 per cent increase in cruise ship calls season-on-season.

This growth reflects the committed joint efforts to boost the cruise sector by the Dubai Cruise Committee made up of leading industry partners; Dubai’s Department of Tourism and Commerce Marketing (Dubai Tourism), DP World UAE Region, operator of the Mina Rashid, Emirates Airline, The General Directorate of Residency and Foreigners Affairs - Dubai, and Dubai Customs.

The 2018/2019 season witnessed 14 maiden calls and welcomed leading international cruise liners such as TUI Cruises, AIDA Cruises, MSC Cruises, Costa Cruises, Pullmantur Cruises, P&O Cruises and Royal Carribean cruise line to the homeport in Dubai, all expected to return in the upcoming season. The season concluded with the departure of the ‘Karnika’, India’s first premium cruise ship from Jalesh Cruises which has recently homeported in Dubai.

Mohammed Abdul Aziz Al Mannai, CEO-P&O Marinas and Executive Director, Mina Rashid, said, “We are pleased to move in the right direction in promoting Dubai as a popular destination for international cruise tourists. As the Middle East’s premier destination for cruise operators, Mina Rashid offers a value proposition to global luxury cruise liners. It is reassuring to see the steady double-digit increase in tourist traffic at Mina Rashid each year. Central to this stellar performance is our flagship Hamdan Bin Mohammed Cruise Terminal, capable of handling 14,000 passengers a day.

Commenting on the success of the 2018/2019 cruise season, Hamad Bin Mejren, Senior Vice President of Dubai Tourism, said, “The success of the 2018/2019 cruise season stands as a true testament to the robust growth of Dubai’s cruise industry and the city’s growing appeal as a year-round ‘must-visit’ destination. We are delighted to welcome leading cruise lines once again to operate regular international itineraries out of the city. We will continue to actively work with our valued network of local, regional and global partners to further highlight Dubai’s ease of accessibility, driven by efficient cruise terminal operations and continual enhancements that have welcomed an ever-increasing number of operators to anchor in the emirate.”

Developing Dubai’s cruise industry to its maximum potential falls in line with the Dubai Silk Road strategy prepared by the Ports, Customs and Free Zone Corporation,PCFC, in collaboration with key government entities. It comprises nine initiatives and 33 projects, which include the enhancement of the strategic and operational connection of logistics services between DP World terminals across the world.

Since its inauguration in 2014, Mina Rashid’s Hamdan Bin Mohammed Cruise Terminal has received over 2.3 million visitors, marking a 172 per cent increase towards the end of 2018. In April, Mina Rashid won the Middle East’s Leading Cruise Terminal Award for the 12th consecutive time at the World Travel Awards 2019, along with WTA’s prestigious World’s Leading Cruise Port Award for 11 years in a row since 2008.

With handling seven mega-cruise vessels at once, Mina Rashid is also currently undergoing an expansion to improve its capabilities, through a world-class recreational area that will symbolise Dubai’s rich cultural heritage. Due to high demand, it is also working towards providing improved berthing services for private yacht owners looking to make Dubai a home for their vessels and position the terminal as one of the world’s premier cruise tourism hubs.

The Dubai cruise season 2019/2020 is set to commence on 19 October with Mein Schiff, homeporting cruise liner carrying over 6,000 passengers.

Dubai recently welcomed India’s first premium cruise liner, ‘Karnika’ by Jalesh Cruises, to Mina Rashid as it homeports in Dubai for the season.

Christened in an official naming ceremony in Mumbai, India last month, Karnika is Jalesh Cruises’ first liner to homeport in the region, marking a significant milestone for both the Indian domestic and international cruise industry. In celebration of this significant occasion, a traditional ‘Plaques and Keys Exchange’ ceremony was hosted on board in the presence of the ship’s captain and key industry stakeholders from the Dubai Cruise Committee.

The vessel will commence the operation of regular Arabian Gulf itineraries from June to mid-September 2019, entertaining both residents and visitors of Dubai. Cruise aficionados can choose from two itineraries a week with Dubai as the home port; the Friday itinerary is set to cover Abu Dhabi and Bahrain while the Monday itinerary will include Muscat and Khasab. 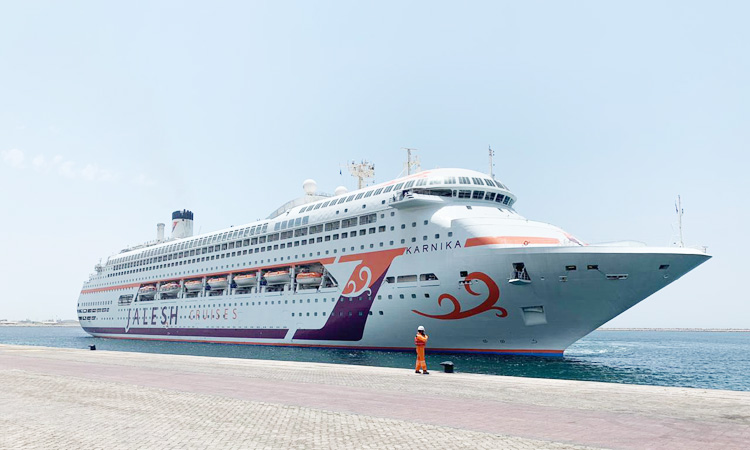 Dubai has welcomed India’s first premium cruise liner, ‘Karnika’ by Jalesh Cruises, to Mina Rashid as it homeports in Dubai for the season. 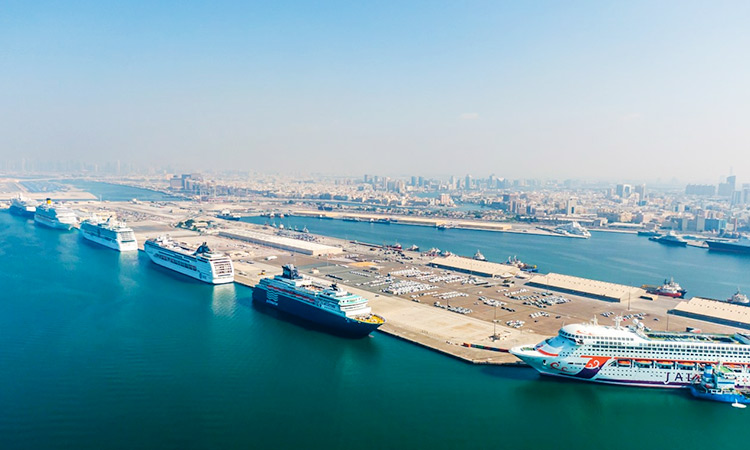 Dubai marks arrival of 6 cruise liners in one day