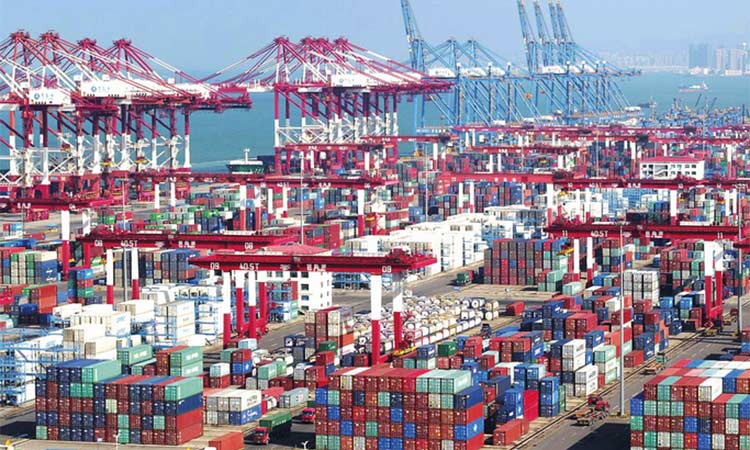 Containers sit at a terminal at the Qingdao port in Shandong province, China. Reuters

The Dubai-China bilateral trade hit Dhs139 billion in 2018, and was valued at Dhs36 billion in the first quarter of 2019. Telecoms, phones, personal computers, aluminium, gold, automobiles, and engines topped the list of the most traded commodities between Dubai and China.

China has been Dubai’s top trading partner since 2014, after the emirate cemented its status as a major regional and global hub for the Chinese market.

A statement released by Dubai Customs in conjunction with the milestone visit of His Highness Sheikh Mohamed Bin Zayed Al Nahyan, Crown Prince of Abu Dhabi and Deputy Supreme Commander of the UAE Armed Forces, noted that there are as many as 876 active Chinese businesses currently registered with Dubai Customs, including 623 firms holding trade licences, 244 licenced free-zone establishments, and nine companies with professional licences.

Dubai Customs officials said that His Highness Sheikh Mohamed Bin Zayed Al Nahyan’s visit to China further reinforces the strategic partnership between both countries through the signing of various bilateral trade agreements. During the visit, a Mutual Recognition Agreement between the UAE Federal Customs Authority and the General Administration of Customs of the People’s Republic of China was signed for the implementation of the Authorised Economic Operator programme. This will particularly boost the partnership between China and the UAE on the Belt and Road plan, the giant global economic project, for which the UAE is a key partner.

Dubai Customs is already utilising some of China’s most advanced, state-of-the-art screening and inspection technology to scan containers, goods, vehicles and passengers across its various customs centres in Dubai, including in the flagship Port of Jebel Ali and at the Dubai International Airport.

Meanwhile, during the past five years, the UAE and China have established a number of important partnerships in various sectors, especially in the field of energy, which has witnessed the signing of strategic partnership agreements confirming the important role of the UAE in supporting the Chinese “Belt and Road” initiative.

The Abu Dhabi National Oil Company (Adnoc), and a number of major Chinese companies in the oil, gas and petrochemicals sector have signed various strategic agreements.

The following projects come within the framework of the partnership between the UAE and China: The China Petroleum Engineering and Construction Corporation, CPECC, is implementing the Bab Integrated Facilities Expansion project valued at $1.5 billion, with an expected completion by the end of 2020. The project’s scope of work involves the expansion of integrated processing facilities at the Thamama-A, Thamama-B and Thamama-H production zones located at Habshan, Abu Dhabi. The project will have a total sustainable oil production rate of 450,000 barrels a day. The digital oil field technology will be introduced to remotely monitor and analyse well performance.

CPECC has also participated with the China Offshore Oil Engineering Company, COOEC, to design the Belbazem oil project, one of the Al Yasat projects, at an estimated cost of $1 billion. The outcome will be declared in Q4 of 2019. The Abu Dhabi National Oil Company, Adnoc, has awarded contracts worth $1.6 billion for the world’s largest continuous 3D onshore and offshore seismic survey, covering an area up to 53,000 sq km, to BGP Inc, a subsidiary of China National Petroleum Company, CNPC.

Adnoc had strengthened its strategic partnership with Chinese companies by signing an agreement in 2014, stipulating the establishment of the Al Yasat Company for limited petroleum operations. In this joint project, Adnoc holds a 60 per cent share and the CNPC holds the remaining 40 per cent. In February 2017, ADNOC signed a concession agreement with the CNPC, under which CNPC acquired an eight per cent stake in Abu Dhabi’s offshore oilfields, valued at AED6.5 billion.

The agreement with the CNPC has contributed to the reinforcement of economic and commercial ties between the UAE and China, and is based on the vision of both sides to establish a mutually strategic partnership aimed at achieving additional value, in line with Adnoc’s long term growth objectives.

The CNPC, through its subsidiary PetroChina, has provided Dhs2.1 billion towards participation in the Umm Al Shaif and Nasr concession, and Dhs2.2 billion for the Lower Zakum concession managed by Adnoc Offshore, on behalf of its partners.

In July 2018, Adnoc and the CNPC signed a framework agreement for expanded cooperation, aimed at strengthening a strategic partnership in the energy sector between the UAE and China. The agreement is based on the partnership between Adnoc and the CNPC, aimed at establishing a joint mechanism to explore ways to bolster cooperation in various sectors, including exploration, development, production, petrochemical refining, drilling, oilfield services, crude oil supply and storage, technology transfers and research and development. 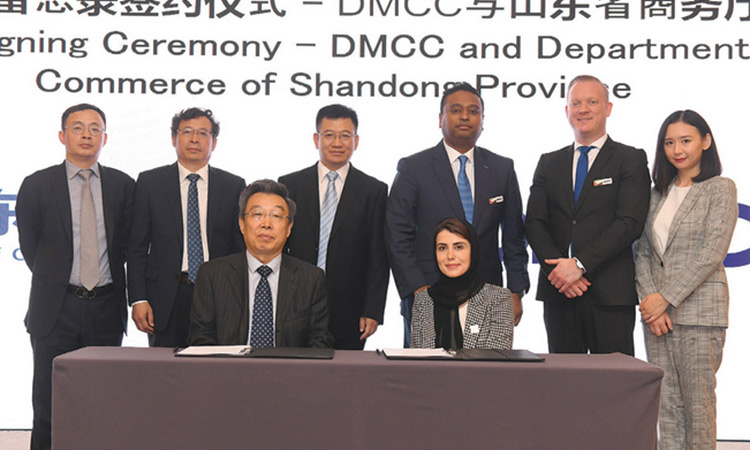