Boeing to complete software fix for 737 MAX by September - GulfToday 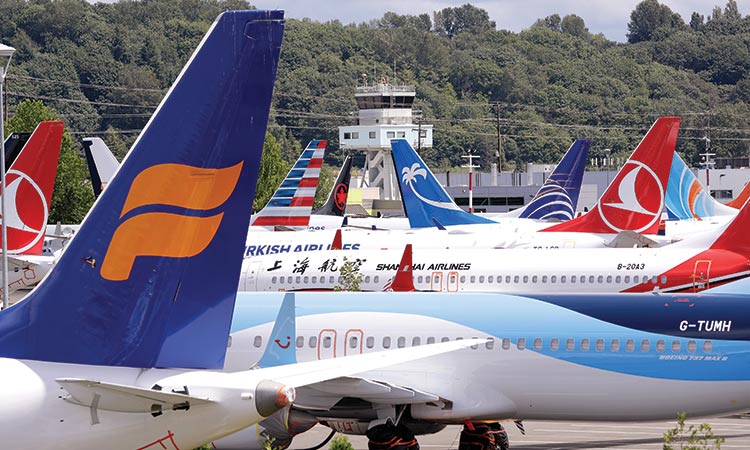 Boeing Co will take until at least September to fix a newly identified problem on its grounded 737 MAX, a company official told Reuters, meaning the workhorse jet’s return to service will be delayed until October at the earliest, significantly longer than most airlines had expected.

Boeing shares closed 3% lower on Thursday, after the Chicago-based company told air carriers that it would complete the latest software update for the 737 MAX by September after a new issue arose last week during a simulator test.

That is later than most airlines had expected: American Airlines Chief Executive Doug Parker said on June 12 it was “highly likely” flights would resume by mid-August. Most airlines have taken the MAX off their schedules until early September.

Once Boeing completes the update, the US Federal Aviation Administration must review the fix and the results of a certification test flight that will not be scheduled until at least September, a process that will take at least two to three weeks. The new timeline means the plane is not likely to resume flying commercially until at least October, leading to thousands more flight cancellations.

Southwest Airlines has said it will need 30 days after the FAA grants approval before it can resume flights.

The FAA declined to comment Thursday on the timeline but said on Wednesday it is “following a thorough process, not a prescribed timeline, for returning the Boeing 737 MAX to passenger service. The FAA will lift the aircraft’s prohibition order when we deem it is safe to do so.”

Boeing is grappling with the fallout of two crashes of its 737 MAX jet within five months, killing a combined 346 people and prompting a worldwide grounding in March and a slew of litigation.

Boeing has been working on an upgrade for a stall-prevention system known as MCAS since the first 737 MAX crash on a Lion Air flight in Indonesia in October, when pilots were believed to have lost a tug of war with software that repeatedly pushed the nose down.

Under one scenario where a specific fault in a microprocessor caused an uncommanded movement of the plane’s horizontal tail, it took pilots too long to recognize a loss of control known as runaway stabilizer, the Boeing official said.

Southwest, the world’s largest MAX operator with 34 jets and dozens more on order, said on Thursday it was extending 737 MAX cancellations until early October.