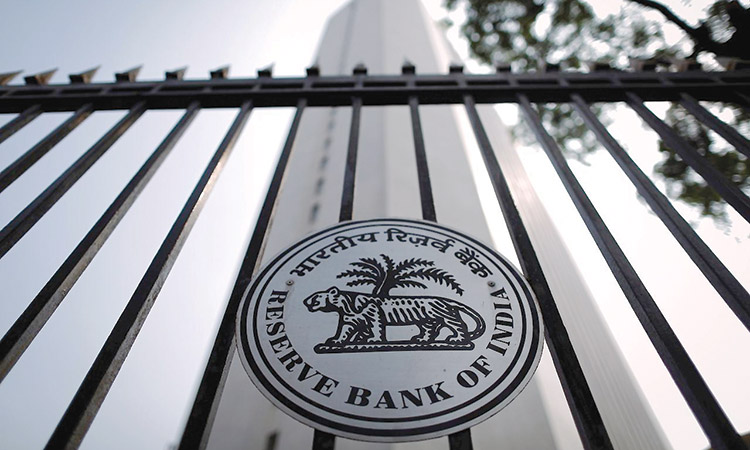 The Reserve Bank of India seal is pictured on a gate outside the RBI headquarters in Mumbai. Reuters

Credit rating agency Moody’s on Tuesday said the new liquidity requirement for non-bank finance companies announced by the RBI is credit positive since it will reduce their risk due to liquidity shortfall that could disrupt their ability to collect repayments on loans backing asset-backed securities (ABS deals).

The rating agency was commenting on the RBI change in regulations of Liquidity Coverage Ratio for non-banking financing institutions on Indian asset-backed securities.

RBI had announced that a liquidity coverage ratio (LCR) would apply to Indian non-bank financial institutions (NBFIs) starting April 1, 2020. The LCR will require NBFIs to increase their stocks of liquid assets and improve liquidity management, which means they will be better equipped to cope with short-term cash outflows.

“This is credit positive for Indian asset-backed securities (ABS) deals issued by NBFIs because it will reduce the risk that NBFIs would be hit by a liquidity shortfall that would disrupt their ability to collect repayments on loans backing ABS deals”, Moody’s said.

NBFIs are the main originators of ABS transactions in India. Starting April 1, 2020, NBFIs must maintain a minimum LCR of 60 per cent. The required LCR will then increase in a phased manner to 100 per cent by April 1, 2024. The LCR will ensure NBFIs maintain minimum liquidity buffers in the form of high-quality, highly liquid assets such as government bonds to meet short-term outflows, instead of relying on cash inflows to do so as they have done in the past.

In India, repayments for loans backing ABS deals are mostly collected or paid in person and in cash, rather than made through electronic payment systems. If NBFIs were hit by a liquidity shortfall, this could disrupt their ability to actively collect loan repayments from borrowers and therefore disrupt the loan amounts flowing through to ABS deals. The new LCR rules will reduce the risk of such a disruption, said the agency.

If an NBFI were unable to collect loan repayments, ABS deals could draft in a back-up loan servicer to take over this role. However, transferring loan collections from one servicer to another would generally be complex in cases where repayments are collected and paid in person. Furthermore, if backup servicer arrangements are not already in place at the outset of an ABS deal, finding an effective replacement would likely be challenging. None of the ABS deals we rate in India has backup servicer arrangements in place, Moody’s added.

The LCR requirement is the latest in a range of measures introduced to improve funding and liquidity for NBFIs following the September 2018 default of Indian infrastructure financing company IL&FS, which resulted in a credit squeeze on India’s short-term capital markets and highlighted structural funding and liquidity weaknesses for NBFIs.

Since then, many NBFIs have been making structural changes to the way they manage funding and liquidity, including by reducing exposure to short-term funding sources such as commercial paper, while lengthening the durations of their liabilities. NBFIs have also increased their funding through securitization, the agency noted.

Meanwhile the Reserve Bank of India (RBI) has proposed to introduce “Liquidity Coverage Ratio” (LCR) for Non-Banking Financial Companies (NBFCs) with an asset size of Rs5,000 crore and above.

The proposed new norm was made in a draft circular on the “Liquidity Risk Management Framework for NBFCs and Core Investment Companies (CICs)” to be adopted by all deposit taking NBFCs, non-deposit taking NBFCs with an asset size of Rs 100 crore and above, and all CICs registered with the Reserve Bank.

As per the draft circular, the LCR has been set to keep a stock of HQLA (high quality liquid asset) to survive any acute liquidity stress scenario lasting for 30 days.

“With a view to ensure a smooth transition to the LCR regime, the proposal is to implement it in a calibrated manner through a glide path over a period of four years commencing from April 2020 and going up to April 2024,” the RBI said in a statement.

The LCR requirement shall be binding on NBFCs from April 1, 2020 with the minimum HQLAs to be held being 60 per cent of the LCR, progressively increasing in equal steps reaching up to the required level of 100 per cent by April 1, 2024.