Huawei launches 5G lab in S.Korea, but keeps event low-key after US ban 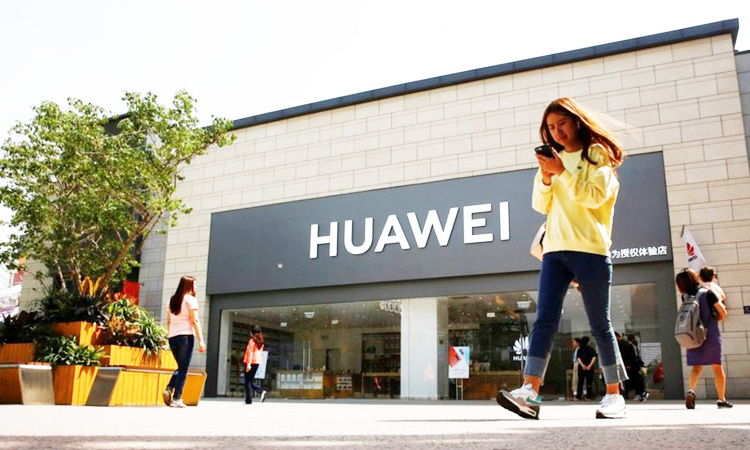 A woman looks at her phone as she walks past a Huawei shop in Beijing, China. File photo/ Reuters

Huawei Technologies unveiled an open lab for next-generation 5G wireless network in South Korea on Thursday, but kept the launch low-key given its recent blacklisting by the United States, a key security ally of the Asian nation.

The Chinese tech giant, the world’s top producer of telecoms equipment, said it planned to invest about $5 million in the lab in the Junggu district of Seoul. It did not provide any more details on the location and did not invite media to the launch.

“Based on the philosophy of “In Korea and for Korea” and the strength of its own 5G network, Huawei will build a 5G ecosystem through cooperation with a number of South Korean ICT companies and especially small-and-medium enterprises,” Huawei’s Korea office said in a statement.

The event was, however, overshadowed by the US decision earlier this month to ban American tech and telecom firms from doing business with Huawei. Washington has also been urging its allies to bar the Chinese company from their 5G networks.

Huawei had initially considered inviting the press to the launch in South Korea, but after the US ban it decided to keep the event low-key, a person with knowledge of the matter said.

“Huawei wanted to promote the launch to as many Korean small-and-medium enterprises as possible, but it decided to keep the press out after the ban to avoid any damage to its Korean partners in case they are shown in media,” the person said, declining to be named due to the sensitivity of the matter.

Huawei said the heads of South Korean enterprises attended the event, but did not disclose any names.

The move underlines Huawei’s commitment to South Korea from where it purchases components such as chips and screens.

The US campaign against Huawei, and the broader US-China trade war, have landed export-driven South Korea in a familiar bind, caught between its crucial security ally and biggest trading partner.

The lab in South Korea is Huawei’s first open 5G services development centre in the world that will allow other companies to test their platforms, according to the company.

South Korea rolled out 5G services in April hoping the next-generation wireless technology will spur breakthrough in fields such as autonomous cars.

Currently, Huawei provides its 5G network equipment for a small South Korean carrier LG Uplus. LG Uplus has said it does not plan to remove Huawei gear, but promised to step up security checks.

The two bigger carriers, SK Telecom and KT, do not use Huawei gear.