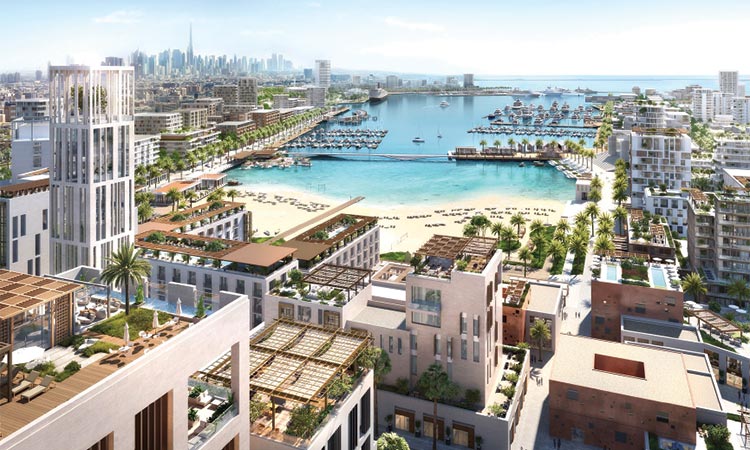 An artist’s impression of the Mina Rashid.

Emaar is building the world’s new sailing destination by the historic Dubai Creek near Bur Dubai/Deira, the very heart of the Dubai’s glorious coastal heritage, in the very location where the city made its tryst with the future. P&O Marinas, a subsidiary of global trade enabler DP World - UAE Region, has made the land available to Emaar and will continue to develop world-class marinas and berthing facilities.

Emaar has announced the launch of ‘Mina Rashid,’ an Dhs25 billion investment to celebrate Dubai’s maritime heritage while creating a future-ready lifestyle address. With views of the Arabian Gulf and the Downtown Dubai skyline, here, discover a new definition of Riviera-style living.

Only 15 minutes from the Dubai International Airport and 20 minutes from Downtown Dubai and Dubai Creek Harbour, ‘Mina Rashid’ will have several exceptional features, including a few firsts in the city such as ‘The Dubai Mall by the Sea’ – an elite waterfront retail, dining and leisure destination; a floating yacht club; a pristine sandy beach of over 12,600 square metres – the size of about two-and-a-half football fields; and Dubai’s longest swimming pool, among others.

Adding a new address to the international yachting community, ‘Mina Rashid’ will have over 430 wet berths, several of which can accommodate the largest yachts in the world and will also catalyse cruise tourism.

Taking place of pride at ‘Mina Rashid’ is the QE2, the world’s most celebrated ocean liner – now a 13‑deck hotel, dining, entertainment and events destination – docked permanently, and offering visitors an interactive exhibition of its glorious heritage from the 1960s, sailing over 5.6 million miles and carrying over 2.5 million passengers.

With a choice of midrise waterfront residences, ‘Mina Rashid’ will have vibrant promenades and a Venetian piazza with retail and F&B overlooking the sea. In addition are signature hotels, a private beach club, interconnected parks, a 500-metre long palm tree-fringed canal, art galleries, a theatre, museum and more. Mina Rashid will also be a modern link to the heritage of the city with a direct pedestrian bridge connecting the House of Sheikh Saeed Al Maktoum, thereby honouring the legacy of the Al Maktoum family, to a museum and theatre.

The new facilities will also complement the Hamdan Bin Mohammed Cruise Terminal, one of the most advanced cruise terminals in the world and the Middle East’s leading cruise destination. The facility, which was built and currently operated by P&O Marinas, has received over 2.3 million visitors since its inauguration in 2014, and has seen per-year visitor numbers rise by 172 per cent between 2014 and 2018. The terminal reached a major milestone last year when it successfully berthed five international cruise liners carrying a total of 25,000 passengers in a single day.

Mohamed Alabbar, Chairman of Emaar Properties and Emaar Development, said: “For over two decades, we have worked tirelessly to contribute to the growth and evolution of Dubai as a global city that befits the vision of His Highness Sheikh Mohammed Bin Rashid Al Maktoum, UAE Vice President, Prime Minister and Ruler of Dubai. Now, with Mina Rashid, we are creating a future-ready city that honours the legacy of the Al Maktoum family and salutes the farsighted vision of Dubai’s rulers who have consistently built – not for now and then, but for the future and beyond. The evolution of the city today as a knowledge-based economy, offering significant opportunities across all business sectors, drives demand for world-class developments that will further enhance economic growth.”

Sultan Ahmed Bin Sulayem, Group Chairman and Chief Executive Officer of DP World and Chairman of Ports, Customs & Free Zone Corporation, said: “P&O Marinas is keen to support Dubai’s economic growth and to realise the vision of His Highness Sheikh Mohammed Bin Rashid Al Maktoum, UAE Vice President, Prime Minister and Ruler of Dubai, to diversify the economy and support the development of a range of economic sectors including trade and tourism. The new development of Mina Rashid will strengthen Dubai’s position as a global city and the premier cruise hub in the Middle East. Our venture with Emaar will contribute to the city’s cruise tourism and create another strong economic catalyst.”

Emaar now offers the first opportunity for investors to become part of ‘Mina Rashid’ with the launch of Sirdhana, a limited collection of 1, 2 and 3-bedroom waterfront apartments and townhouses. It is named in honour of the British Royal Mail Ship, the first commercial vehicle to dock at ‘Mina Rashid.’ Located right by the main entrance of the promenade and adjacent to the canal pool, Sirdhana will be in walking distance to QE2, a community park and ‘The Dubai Mall by the Sea.’ 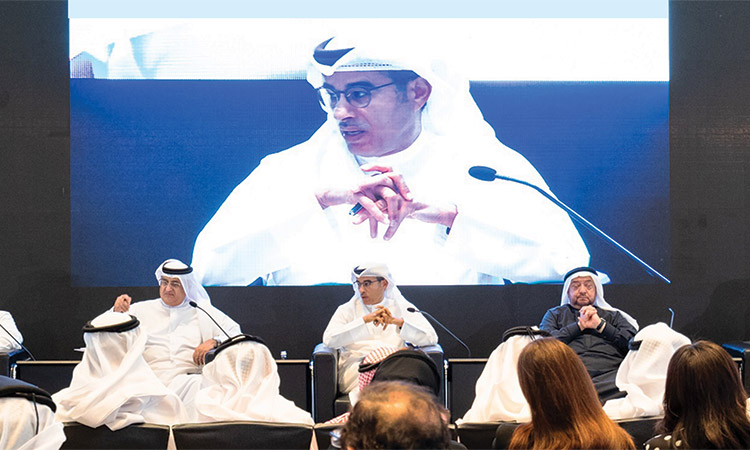 The 23rd Annual General Meeting (AGM) of Emaar Properties on Monday approved the distribution of Dhs1.07 billion ($290 million) as dividend to the shareholders, representing 15 per cent of the share capital being 15 fils per share. The meeting approved the report by the Board of Directors on the activities 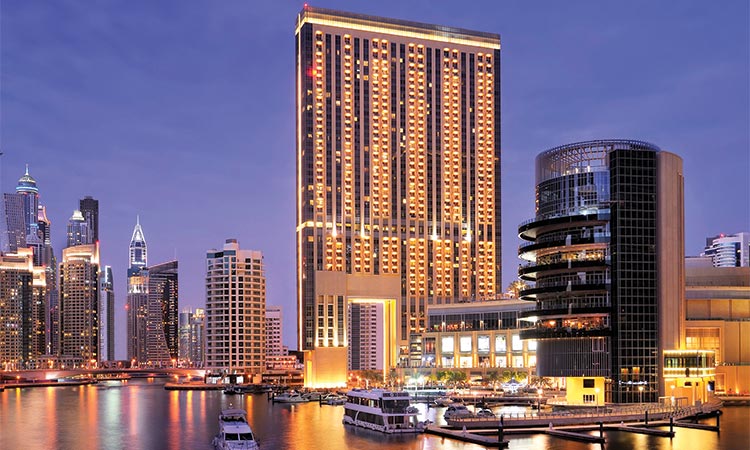