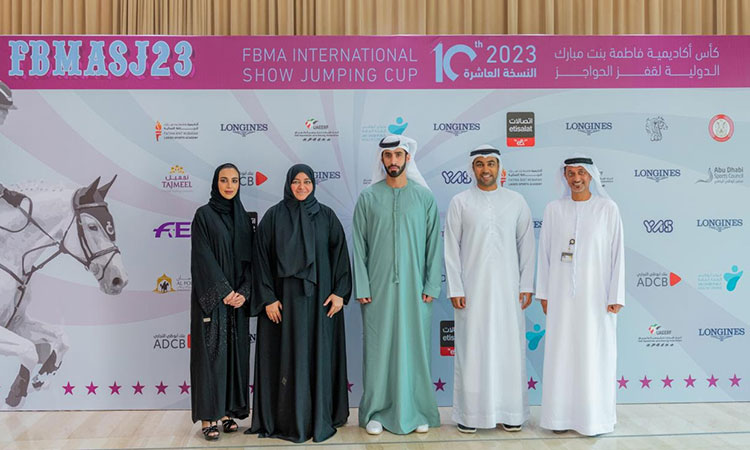 More than 300 of the best riders from around the world will compete in the 10th edition of the FBMA International Show Jumping Cup which will have the biggest prize pool in the tournament’s history.

Established as one of the most respected competitions on the international equestrian circuit, this year’s event will take place from January 26-29 at Abu Dhabi’s Al Forsan International Sports Resort.

It will feature more than 330 horses, ridden by over 300 riders as they compete across 20 classes from 6 different categories for a total prize money of Dhs800,000 - the largest in the event’s history in recognition of the 10th milestone edition.

The categories include: CSICH-A, CSIJ-A, CSIY-A,* Nationals Special, CSIYH1* and the main showpiece CSIL2.* The event provides a special platform for female riders and show jumpers both across the UAE and internationally.

Among the 34 countries that will be represented include the UAE, Saudi Arabia, Oman, Egypt, Great Britain, USA, India, South Africa and China.

Organisers have also revealed it will host a ‘Professional Photography Workshop’ that will be taught by Hind Al Raeesi, an Emirati photographer that specialises in sports and portrait photography.

Dr Hajeri said: "Since we held the first FBMA International Show Jumping Cup in 2013, the event has gone from strength to strength and is now one of the flagship events not just on the FBMA calendar but also on Abu Dhabi’s sporting calendar.

"The 10th edition signifies how far the competition has come - which has contributed to the growth of the sport and provided opportunities for females of all ages and nationalities to participate on a global platform and succeed in sport. It is truly wonderful to see many women are embracing show jumping and we hope their participation this week will inspire the younger generation to follow in their footsteps so they can strive in sport and become the best individual they can be in life.

"As an organisation, we are committed to play our part in empowering women to realise their ambitions through sport and encourage them to adopt a healthy lifestyle that will have a positive impact on their everyday lives.”

Shamsa said that the council supports all equestrian tournaments, which expresses the UAE's heritage and reflect the importance of the Fatima Bint Mubarak Championship which is now in its 10th year.

She added: "We wish the best of luck to the participants in the 10th Fatima Bint Mubarak Show Jumping Championship and hope they can achieve success in what will be a great event.”