Djokovic battles into Australian Open last 16 but Murray bows out 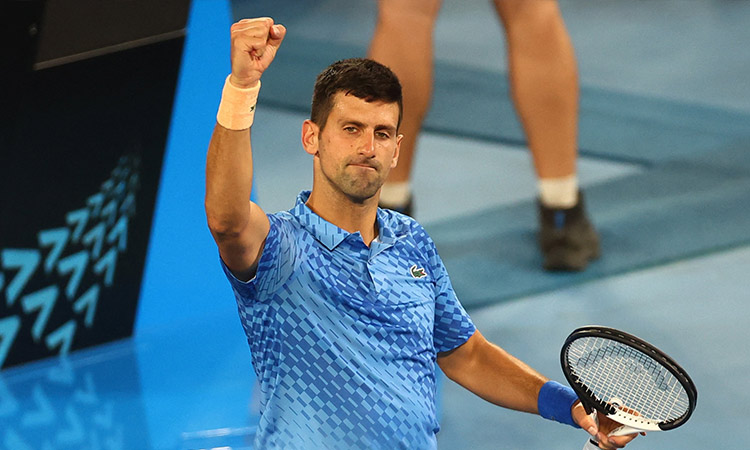 Hard-hitting Aryna Sabalenka meanwhile burnished her title credentials as she barrelled into round four along with several other women's seeds.

An ailing Djokovic had heavy strapping and needed treatment twice on his troublesome left hamstring before defeating Grigor Dimitrov 7-6 (9/7), 6-3, 6-4 on Rod Laver Arena.

The Serb will face home hope Alex de Minaur for a place in the quarter-finals as he closes on a 10th Melbourne Park crown and a record-equalling 22nd Grand Slam title.

"Obviously, I didn't know how I'm going to feel physically, it was going up and down," said Djokovic.

"It was an incredible battle, three sets over three hours. Let's rest up and prepare for the next one."

Djokovic's fellow 35-year-old Murray will not join him in the next round, however, as the Briton's 4:05 am finish eventually caught up with him.

Former number one Murray was clearly feeling the effects of his epic five-setter in round two, which started on Thursday but ended in the early hours of Friday. 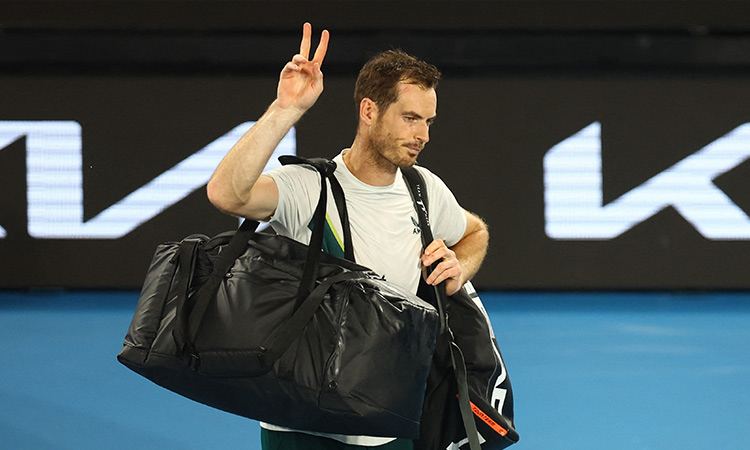 Andy Murray walks off the court after losing his third round Australian Open match against Spain's Roberto Bautista-Agut at Melbourne Park on Saturday. Reuters

Also in the men's draw, fifth seed Andrey Rublev surged into a clash with Holger Rune -- then thanked his beaten opponent Dan Evans for giving him a banana mid-match.

He will face Danish teenager Rune for a place in the quarter-finals after the ninth seed survived a nasty fall to sweep past unseeded Frenchman Ugo Humbert 6-4, 6-2, 7-6 (7/5).

His friend and 25th seed Evans threw a banana to Rublev at a changeover when he ran out.

"I didn't ask him, I asked the ball boy, but Danny asked for bananas earlier and he had two so he just said 'take it', and I caught it," said Rublev.

"He helped me with some energy, for sure," he joked.

Sabalenka is building a head of steam in her pursuit of a first Grand Slam title.

The Belarusian fifth seed blew away 26th-seeded Elise Mertens 6-2, 6-3 to set up a clash with Olympic champion Belinda Bencic. 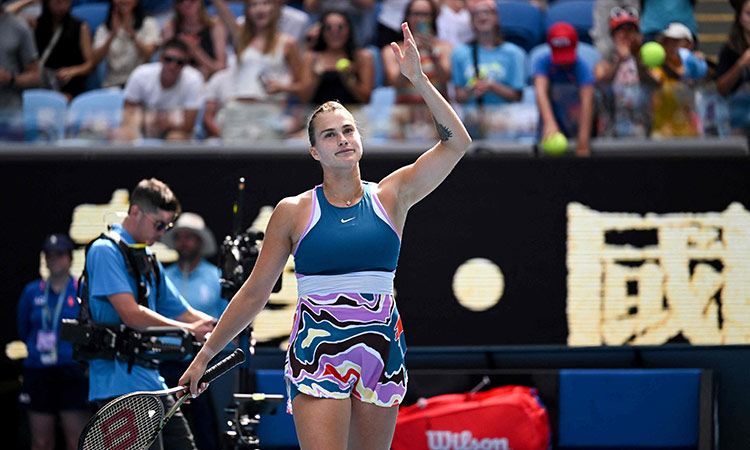 Aryna Sabalenka reacts after winning against Elise Mertens during their women's singles match of the Australian Open in Melbourne on Saturday. AFP

Thirtieth seed Karolina Pliskova and 23rd seed Zhang Shuai also went through in straight sets on day six at Melbourne Park, and will clash in the fourth round.

Sabalenka is trying not to get carried away.

The Minsk-born 24-year-old teased the Margaret Court Arena crowd for supporting Belgium's Mertens over her, but said she was enjoying the ride into the second week.

"About the favourite, that I am on that favourite list... I mean, it's really good that I'm there," said the Belarusian, who is yet to drop a set.

"But I better focus on myself, on my game, make sure that my dream will happen."

Bencic has also not dropped a set in Melbourne. The Swiss 12th seed eased past unseeded Italian Camila Giorgi 6-2, 7-5.

Also into the fourth round is the 17-year-old Linda Fruhvirtova, who beat her fellow Czech Marketa Vondrousova in three sets. She faces Donna Vekic of Croatia.

"It's an incredible feeling. I'm just so happy and excited to be able to say: 'Hi second week!'" 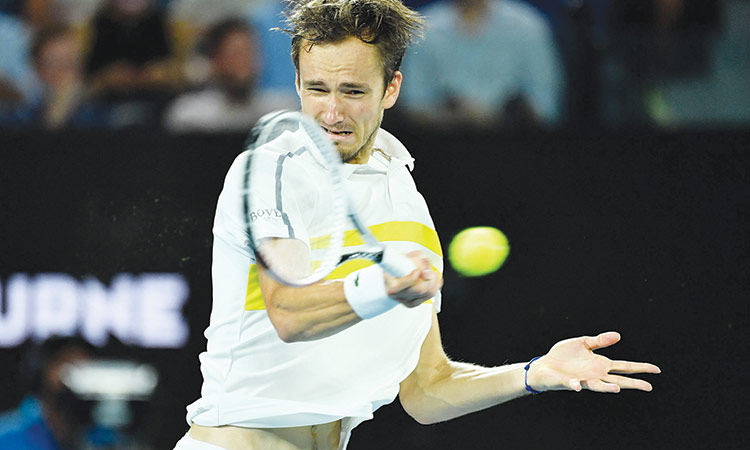