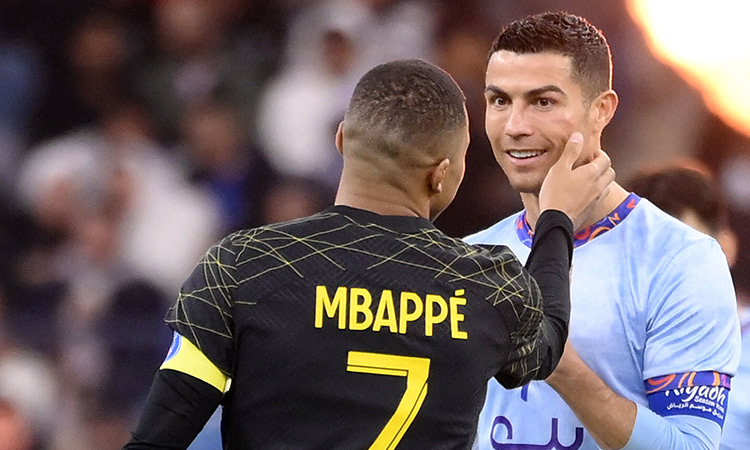 Grimacing in pain from his bruised cheekbone, Cristiano Ronaldo steadied himself before scoring from the penalty spot for his first goal in Saudi Arabia against a Paris Saint-Germain team featuring old foe Lionel Messi.

Messi had already scored early in Thursday's exhibition game when Ronaldo was flattened boxing-match style by PSG goalkeeper Keylor Navas after about 30 minutes in Riyadh, the city which gained sporting prominence for hosting a world heavyweight championship boxing bout in 2019.

It wasn't Anthony Joshua but Navas who caught Ronaldo flush in the face with his forearm under a high ball. 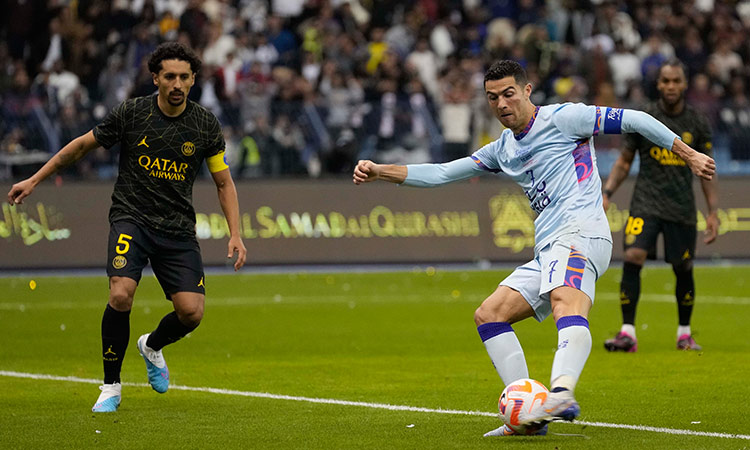 Ronaldo held his head, got back up, did a wide yawn as if to test his sore left cheek, and sent his former Real Madrid teammate Navas the wrong way.

By the end of the first half Ronaldo's cheekbone was bright apple red but he was all smiles after netting his second goal, smashing in a rebound when his header came back off the post. Poking his tongue out, Ronaldo wheeled away in delight and was mobbed by teammates at the corner flag.

When PSG star Kylian Mbappé checked on the state of Ronaldo’s cheek just before the second half, Ronaldo milked the attention from France's World Cup star and pointed to the red mark.

Mbappé smiled at him as if to say "You’ll be fine” and Ronaldo raised his arm in triumph like a heavyweight champion.

Messi’s Qatari-backed PSG won 5-4 against a combined XI of Saudi Arabian teams Al Nassr and Al Hilal, captained by Al Nassr’s new signing Ronaldo, in front of 68,000 fans at King Fahd International Stadium. Although his team lost, Ronaldo edged perhaps the final instalment of Ronaldo vs. Messi as one of the greatest rivalries in soccer history resumed in an unusual location.

Messi's shot led to a handball and PSG's fourth goal, scored by Mbappé from the penalty spot.

Ronaldo came off to a huge ovation just after the hour mark followed by Mbappé and Argentina's World Cup-winning star Messi, who was warmly hugged by countryman Marcelo Gallardo, coaching the combined Saudi Arabian team.

Ronaldo’s bruise darkened with the night sky as he collected his man of the match award. 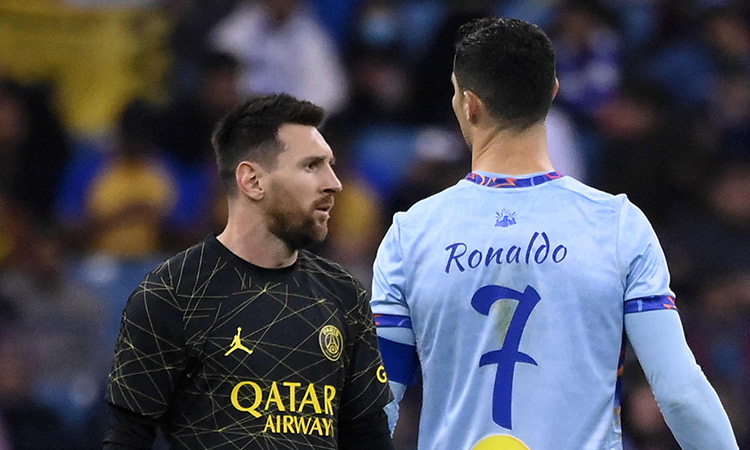 He was locked in conversation with ex-Madrid teammates Sergio Ramos and Navas before the medal ceremony. Then he spoke to Portugal teammates Renato Sanches and Danilo, who play for PSG.

But Ronaldo was nowhere near Messi, almost like they avoided each other. They couldn't do that earlier on the field, when Ronaldo tackled Messi in the second minute.

Moments later, Messi smiled as he scored from Neymar’s lofted pass. Ronaldo looked annoyed with his teammates for letting Messi ghost into space. Harsh, because few defenders have ever tracked Messi’s runs, let alone stopped them. The World Cup proved that, if it was ever in doubt.

There was scant interaction between former Madrid star Ronaldo and Messi, his archrival during Barcelona's glory days.

It was Ronaldo who tentatively approached an impassive-looking Messi at the center circle seconds before the whistle blew to start perhaps their final game as opponents.

There was a polite exchange, the briefest handshake.

Messi stared at Ronaldo late in the first half, after PSG defender Juan Bernat had been sent off, and Ronaldo seemed to look away from Messi.

It was a different mood in the tunnel beforehand, when a grinning Ronaldo hugged Ramos, who now plays alongside Messi, and joked with Ramos that he’d forgotten to remove an ear stud. 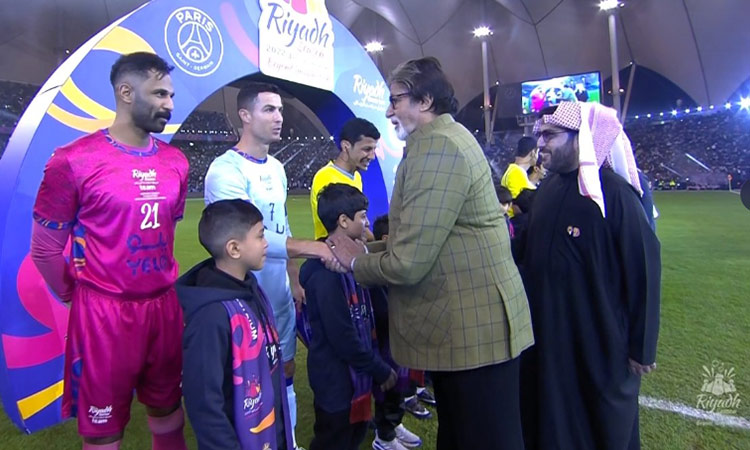 The laugh was on Ramos later, when he air-kicked a loose ball on Ronaldo’s second goal. PSG's Neymar also missed, from the penalty spot.

The atmosphere built before the start as fans waved Argentina flags while others held up the yellow jersey of Al Nassr, pointing proudly to Ronaldo’s No. 7 on the back. The ticker tape poured from the stands as Ronaldo led his team out. He smiled and winked when he got a loud ovation.

Ronaldo could end his storied career in Riyadh after signing a deal worth a reported $200 million a year, swapping Europe’s elite club competition for the Asian Champions League.

He makes his Saudi league debut for Al Nassr on Sunday against Ettifaq, far from the fields where he shone for Manchester United and Madrid.

The Messi-Ronaldo rivalry has been among the greatest ever.

Between them they have 12 Ballon d’Or awards – Messi a record seven, Ronaldo five – and have won a combined 56 major trophies. Ronaldo won the Champions League five times, compared to Messi’s four. Messi is the all-time "El Clasico” top scorer with 26 goals for Barca, eight more than Ronaldo for Madrid.

Ronaldo won the European Championship in 2016 but Messi was brilliant in Argent. 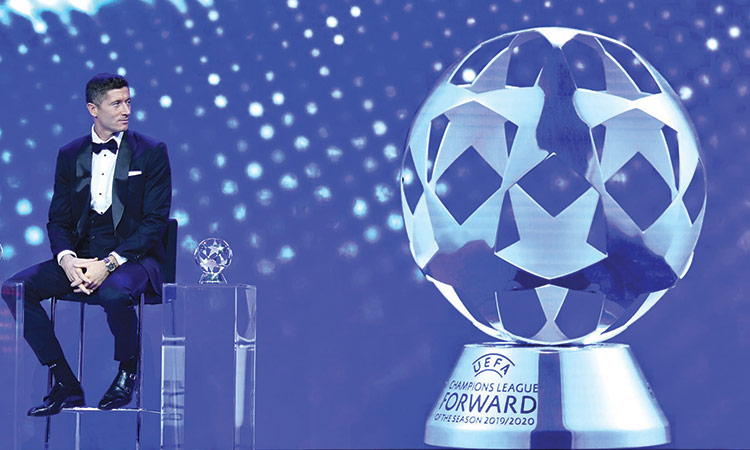 Lionel Messi and Cristiano Ronaldo will meet in a mouthwatering clash in this season’s Champions League after Barcelona and Juventus were placed in the same group in Thursday’s draw. 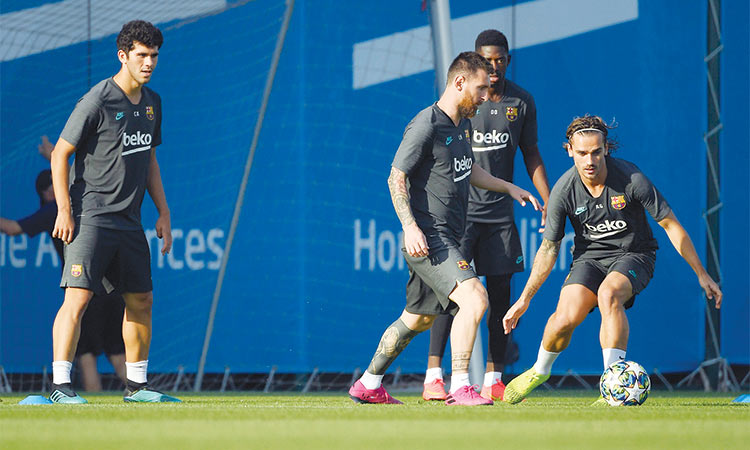 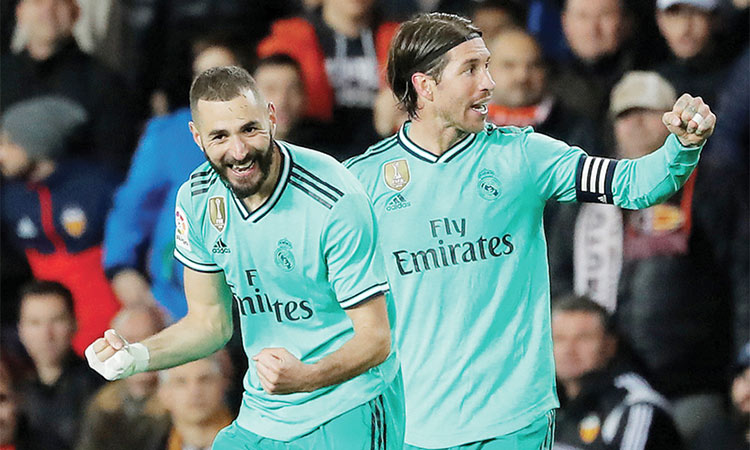 Karim Benzema is finally filling the void left by Cristiano Ronaldo and on Wednesday his task will be to out Lionel Messi. It will be the fifth Clasico since Ronaldo departed