Eighth seed Fritz out of Melbourne to tearful wildcard Popyrin 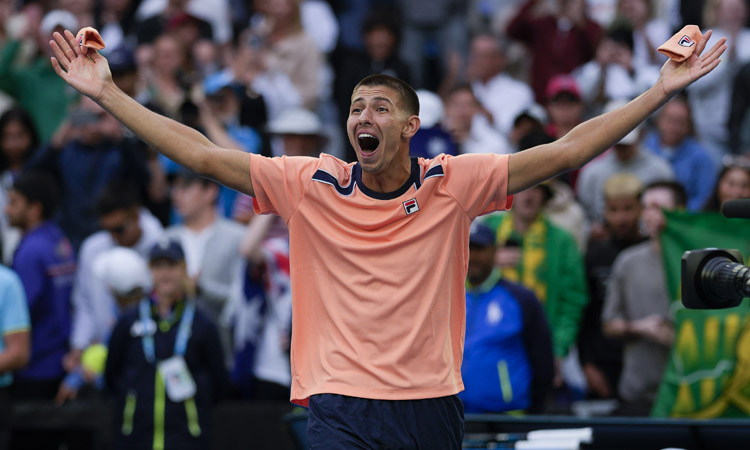 Alexei Popyrin celebrates after defeating Taylor Fritz in their second round match at the Australian Open tennis championship in Melbourne, Australia. AFP

Eighth seed Taylor Fritz became the latest top name to tumble out of the Australian Open on Thursday, ousted in round two by wildcard local hope Alex Popyrin who was in tears at the end.

The American Fritz, who had a breakthrough 2022 with titles at Indian Wells, Tokyo and Eastbourne, fell in five gruelling sets at a partisan John Cain Arena.

The opening Grand Slam of the year has now lost three of its top 10 seeds before the third round, with Rafael Nadal and Casper Ruud also crashing out early.

"This is a dream and I don't want to wake up at all," said Popyrin, who equalled his best Grand Slam result and was reduced to tears by the crowd chanting his name.

"Pre-season I put my head down and worked as hard as I possibly could... I'm going to keep working. I love this feeling and I want more of this feeling."

Fritz, who helped spearhead the US to the United Cup title leading into the Australian Open, had never before lost at Melbourne Park to a player ranked as low as number 113 Popyrin. 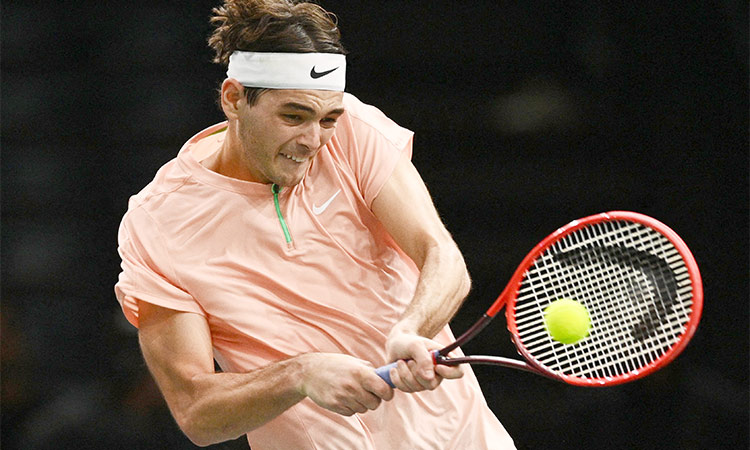 Taylor Fritz of the United States stayed in contention for one of the two remaining ATP Finals spots by beating Alejandro Davidovich Fokina of Spain 7-5, 6-2 in the first round of the Paris Masters on Monday.