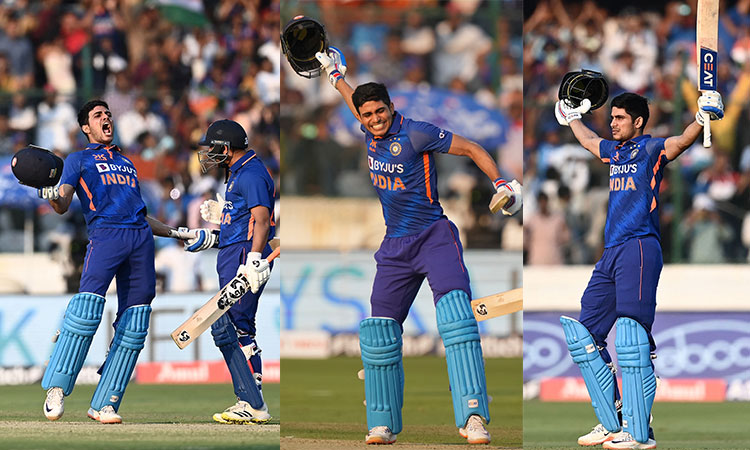 Shubhman Gill scored a brilliant 208 as India held on to beat New Zealand by 12 runs in the first One-Day International in Hyderabad on Wednesday night despite a blistering century from Michael Bracewell.

India looked to be coasting to victory with New Zealand in deep trouble at 131-6 while chasing 350 after opener Gill made just the 10th double hundred in ODI history.

All-rounder Bracewell responded by making 140 off 78 balls before falling in the final over when he was pinned leg before wicket by Shardul Thakur.
"To be honest, the way Bracewell was batting, we knew it was going to be a challenge," added Rohit.

"Bracewell's was an amazing innings. The situation of the game and then play an innings like that... to put us in that situation was outstanding," said New Zealand skipper Tom Latham. "Disappointing to not get across the line." 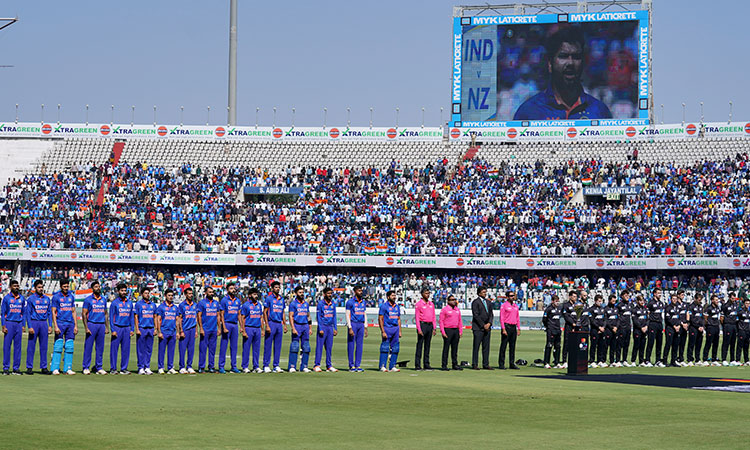 Players of both teams line up for their national anthems before the start of the first ODI match in Hyderabad. AP

Finn Allen struck a breezy 40 at the top of the order but New Zealand were facing a heavy defeat once Siraj removed Latham for the sixth wicket. Bracewell was then joined by left-arm spinner Mitchell Santner, who hit 57 of 45 balls as part of an impressive 162-run partnership before falling to Siraj.

Bracewell smacked 12 fours and 10 sixes but finished on the losing side as Siraj was the pick of the Indian bowlers with figures of 4-46.

Earlier, the 23-year-old Gill helped India post a formidable total of 349-8 after an innings spanning 149 balls and featuring 19 fours and nine sixes.

Rohit was the first man out for 34 and Virat Kohli soon followed for just eight after he was bowled by Santner.

Ishan Kishan, who made 210 last month against Bangladesh, was removed cheaply by Lockie Ferguson but Gill received timely support from Suryakumar Yadav (31) and Hardik Pandya (28).

He hit three straight sixes off Ferguson to bring up his double century before holing out to deep mid-wicket in the final over. "I wasn't thinking about 200 before I hit those sixes in the (49th) over. That's when I thought I could get a double," said Gill.

"I won't call it a 'wow' feeling but it feels nice when the ball goes off the bat how you want it. There's certainly a feeling of satisfaction.  "It has sunk in pretty well, this is certainly one of those things, like what dreams are made of." 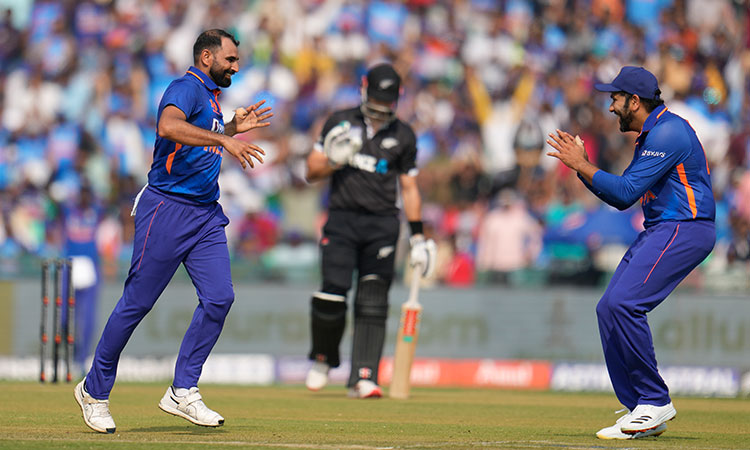 Shami, India's pace spearhead, returned figures of 3-18 to help dismiss the Black Caps for 108 after the hosts elected to bowl first in Raipur. 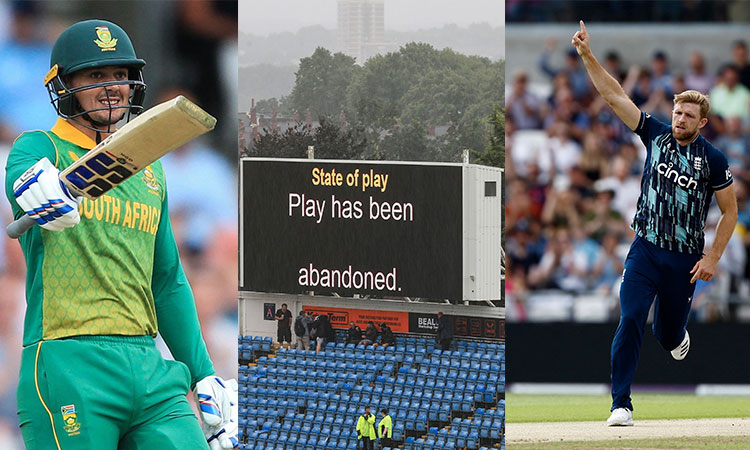 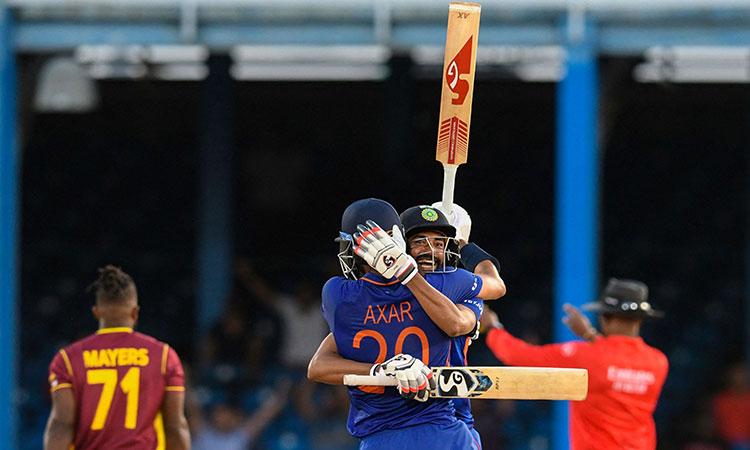