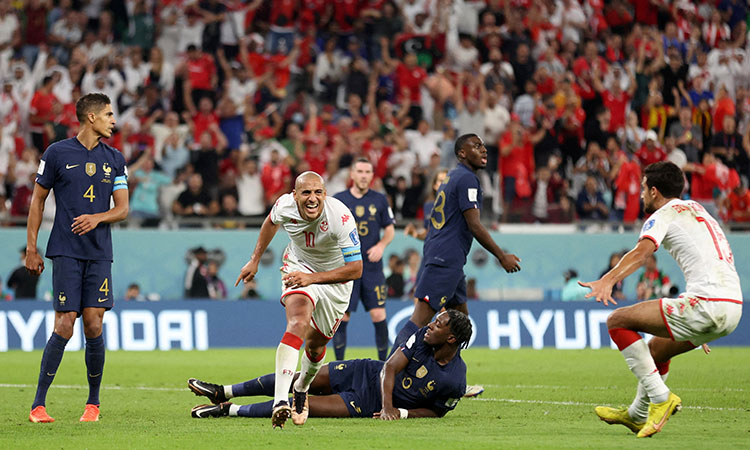 Tunisia stunned FIFA World Cup holders France, but it was insufficient to advance to the knockout stage.

The Carthage Eagles almost advanced to the round of 16 thanks to Khazri's second-half goal, which enthralled the throngs of Tunisian fans jammed into Education City Stadium in Doha.

France coach Didier Deschamps, whose team were already through to the knockout stage, made nine changes but they were a shadow of their usual selves and Khazri punished them in the 58th minute at Education City Stadium.

It looked as though Tunisia would be denied their win in the final moments but an Antoine Griezmann goal in stoppage time was disallowed following a VAR review.

Khazri, who grew up in Corsica and plays in Ligue 1 for Montpellier, was one of six players in the Tunisian line-up who were born on French soil and he was capped by France at Under-21 level.

There is a large Tunisian community in France who will savour the result, the country's first win against European opposition at a World Cup and just their third ever in 18 matches at the tournament. 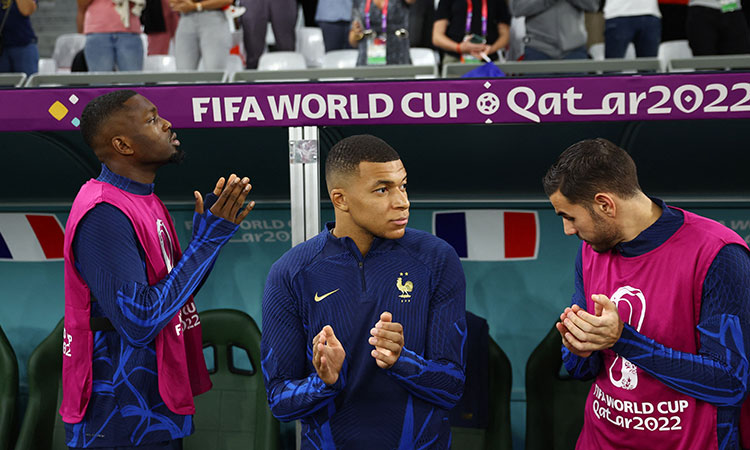 France's Marcus Thuram, Kylian Mbappe and Theo Hernandez on the substitutes bench before the match. Reuters

However, Australia's 1-0 win in the other Group D match against Denmark denied them progress to the last 16 for the first time.

"Unfortunately, in football it is better not to have to rely on others for results but we can go out with our heads held high," said Khazri.

The world champions and Australia finished level on six points, but France topped the section on goal difference and advance to a last-16 tie on Sunday.

"We clearly had difficulties, because of the choices I made, but we played two high-intensity games in four days and so here I gave other players the chance to get on the pitch," Deschamps told French broadcaster TF1.

"Obviously when you make so many changes it is not easy but it allowed the players to sample a World Cup game.

"We have fulfilled our objective. Now we are going to recuperate because a second competition is beginning."

Les Bleus had been the first team to secure a place in the next round after winning their opening two games in Qatar so it was no surprise that Deschamps opted to make changes.

Kylian Mbappe was one of those to drop out, with Eintracht Frankfurt's Randal Kolo Muani getting his first international start up front.

There was also a start at right-back for Axel Disasi, the first outfield player to make his France debut in a World Cup match since 1966, while Real Madrid midfielder Eduardo Camavinga started at left-back.

France were unrecognisable as Deschamps repeated what he had done four years ago, when he made sweeping changes for the final group game against Denmark.

The result then was a soporific 0-0 draw, which did not stop France from winning the title.

This time France's second string performed as if they had never played together before and Tunisia — with a partisan crowd behind them — sensed their chance.

The crowd erupted when Tunisia put the ball in the net just eight minutes in. Nader Ghandri diverted a Khazri free-kick past Steve Mandanda, but he was just offside.

Starting at this World Cup for the first time, captain Khazri also stung the palms of Mandanda with a volley in the 35th minute, while a shot that Kingsley Coman skewed well wide was as close as France came.

They were disjointed, and it was no surprise when Tunisia took the lead.

France appealed in vain for a foul as Youssouf Fofana was dispossessed by Ellyes Skhiri, and Khazri ran through before slotting a shot past Mandanda.

Deschamps then sent on Mbappe, Griezmann and Ousmane Dembele in an attempt to avoid France's first World Cup group-stage defeat since their disastrous 2010 campaign.

Griezmann thought he had equalised deep into stoppage time when he volleyed home from inside the box, but the referee disallowed the goal for offside after a VAR review. 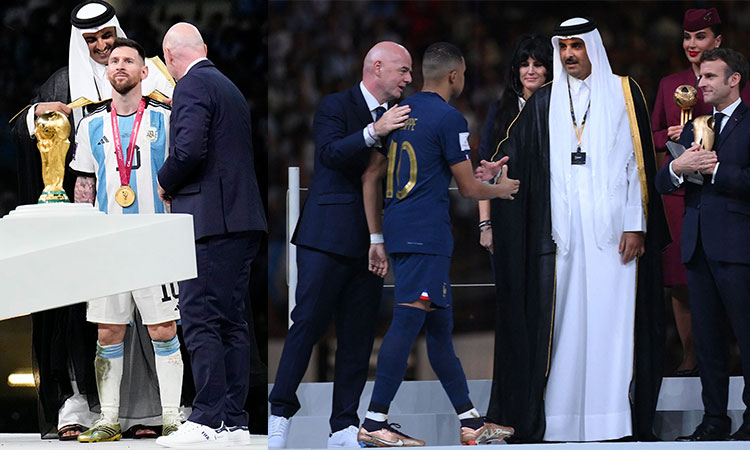 'The Greatest:' Messi and Argentina become the toast of world media

Legendary, greatest, immortal: News media across the planet ran out of superlatives after Lionel Messi led Argentina to victory in one of the most dramatic World Cup finals ever. 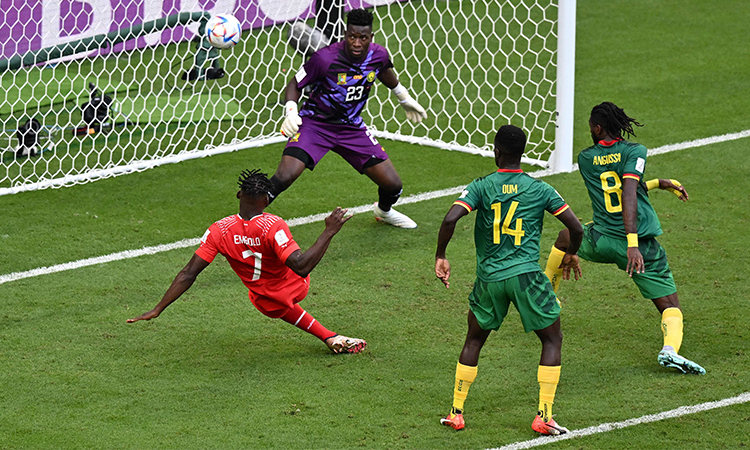 Embolo fires Swiss to victory over Cameroon at World Cup

Embolo's close-range finish put Switzerland ahead in the 48th minute, with the Cameroon-born Monaco striker opening not to celebrate the goal at the Al Janoub Stadium in Doha.