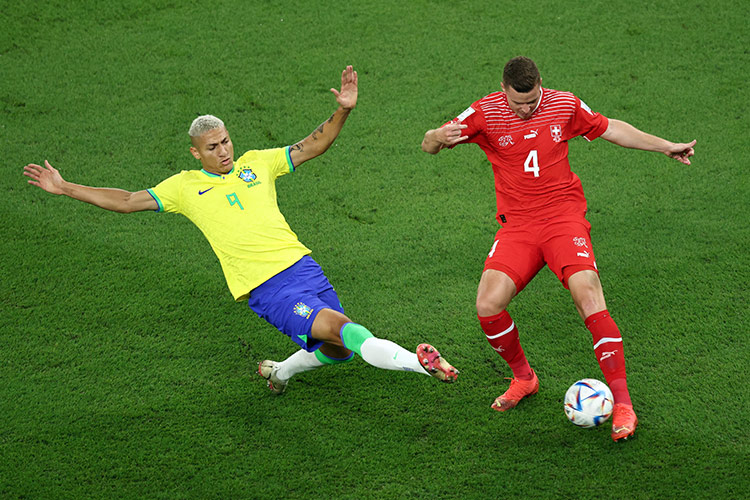 Brazil reached the knockout stages of the World Cup on Monday after beating Switzerland 1-0.

Casemiro made sure Group G leaders Brazil qualified for the last 16 with a game to spare by netting the only goal of the match in the 83rd minute at Stadium 974.

Danilo's place in the side is taken by Real Madrid's Eder Militao, who is more often used as a centre-back but is preferred by coach Tite to the 39-year-old Dani Alves in the right-back role.

Fred's introduction to the team means Lucas Paqueta of West Ham United will play in a more advanced role in support of Richarlison, who scored both goals against Serbia.

The only change to the Swiss team that beat Cameroon 1-0 in their opening game in Qatar sees Young Boys midfielder Fabian Rieder come in for just his second cap with Xherdan Shaqiri making way.

The former Liverpool player is struggling with a thigh problem, according to Swiss media reports.

Whoever wins will secure qualification for the last 16 with a group game to spare after Cameroon and Serbia drew 3-3 earlier.