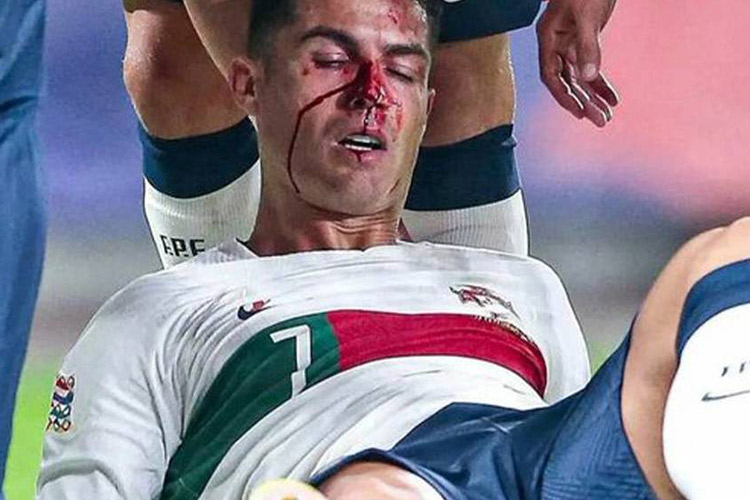 Portuguese star Cristiano Ronaldo suffered severe facial injuries during his country's match against the Czech Republic, in the fifth round of the group stage of the European Nations League.

Ronaldo was injured in the nose after colliding with the goalkeeper of the Czech national team during his attempt to get the ball.

After the collision, Ronaldo fell to the ground bleeding, and the Portuguese medical staff rushed to rescue him.

After receiving the necessary aid, Ronaldo returned to continue playing.

Ronaldo had a rough night, first enduring a nasty blow to his face that made his nose bleed and required a small bandage. International soccer’s all-time leading scorer with 117 goals also committed a penalty that, fortunately for him, the Czechs failed to convert with the score 2-0.

The the Portuguese football federation said Ronaldo was doing well and had no symptoms. It did not say when he tested positive.