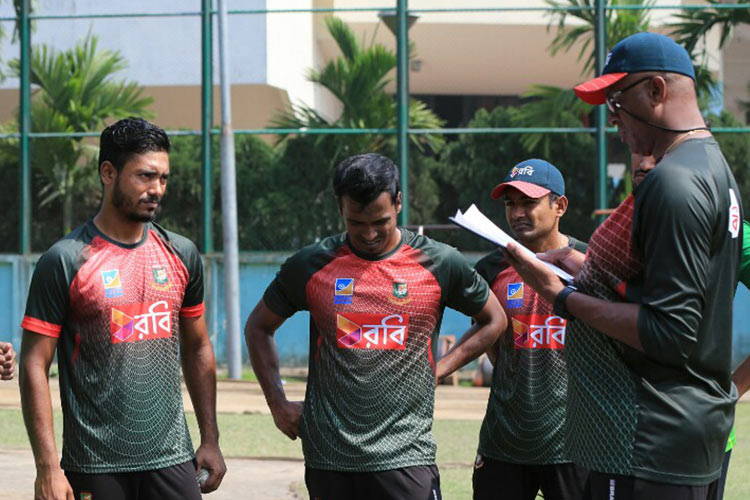 The series is billed as a prelude to the upcoming T20 World Cup to be held in Australia next month. The showpiece event will run from Oct. 16-Nov.13, 2022.

The UAE have qualified for the World Cup the fourth time, with both the formats combined. They had made it to the 50-over World Cups in 1996 and 2015 while their maiden appearance at the showpiece event in shortest version came in 2014 in Bangladesh before making a cut for Australia.

Both Bangladesh and the UAE will look to hone their skills ahead of the cricket extravaganza in Australia. Bangladesh are playing without their star all-rounder and captain Shakib, who is bound by his contract with the Caribbean Premier League (CPL).

Shakib is Bangladesh’s cricket poster boy, having scored 7000 runs and taking more than 300 scalps in the T20 format. Shakib absence will be felt even against the UAE.

In Shakib’s absence, Nurul Hasan will lead the side against the UAE. The squad is mainly consist of players named in the team for the T20 World Cup. Bangladesh have included three of the four reserve players who have been named on standby for Australia.

Leg-spinner Rishad Hossain got a maiden call-up. Soumya Sarkar was also recalled after a gap of almost a year as he last played a T20I in November 2021. Left-arm pacer Shoriful Islam has also been roped into the 17-member squad.Bangladesh recently played at the Asia Cup in the UAE along with Pakistan, India, Sri Lanka, Afghanistan and Hong Kong.  They had a miserable campaign and failed to qualify for the second round after being defeated by Afghanistan and Sri Lanka in the consecutive matches.

Their performance at the Asia Cup exposed many chinks in their armour and they have a number of loopholes to plug before the World Cup. After their series against the UAE, Bangladesh will also play a tri-series involving Zimbabwe and the hosts New Zealand.

After a dismal performance in the Asia Cup, Bangladesh squad witnessed a major shake-up and quite a few senior players lost their places in the side and one of the most prominent name was that of Mahdmudullah.

Parvez Hossain Emon, Anamul Haque, Mahedi Hasan and Mohammad Naim, all of whom were part of the Asia Cup squad, failed to punch ticket for Australia. They will also miss the services of experienced middle-order batsman Mushfiqur Rahim, who called it a quit after the Asia Cup.

Bangladesh will look to redeem for the Asia Cup blunder by beating the UAE and board the flight for Australia with some much-needed confidence.

Despite playing in the international circuit for almost two decades and having gained Test status, Bangladesh have failed to win any major tournament. They are still the underdogs in the big tournaments.

In Shakib’s absence, the UAE will have a chance to beat the Tigers and throw down the gauntlet ahead of the cricket extravaganza in Australia. The UAE will be led by CP Rizwan at the World Cup. They are good mix of youth and the experienced players, who can spring a surprise or two on a given day. They will look fine tune their preparations and go into the World Cup with full throttle.

The UAE had played in the 50-over World Cup in Australia in 2015. Though many of the players, who were the part of that team, are missing except a few.

The UAE will play in the preliminary round in Group A alongside Asian champions Sri Lanka, Namibia, and the Netherlands. Two teams from each of the two preliminary round groups will qualify for the second round.  While the UAE could not qualify for the Asia Cup as they were defeated by Hong Kong in the qualifiers and spurned a chance to rub their shoulders with the big boys of cricket.Mohammad Abdullah 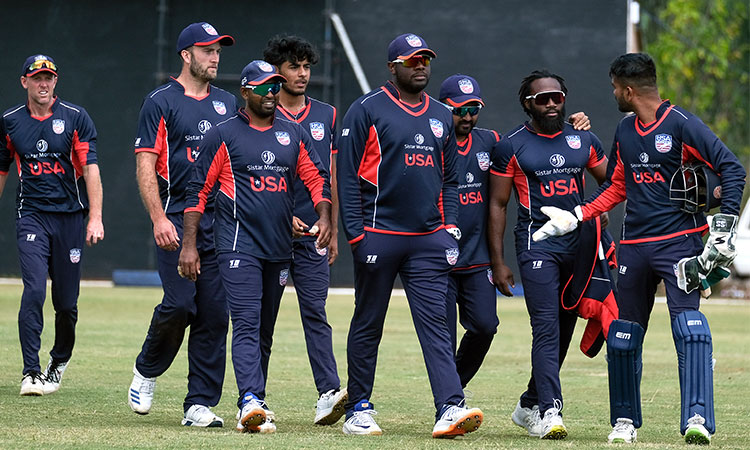 Seeking a first T20 World Cup appearance, the United States were far too strong for Singapore despite the Asian nation being ranked six places higher.