Book documenting the history of academies in the UAE launched - GulfToday

Book documenting the history of academies in the UAE launched 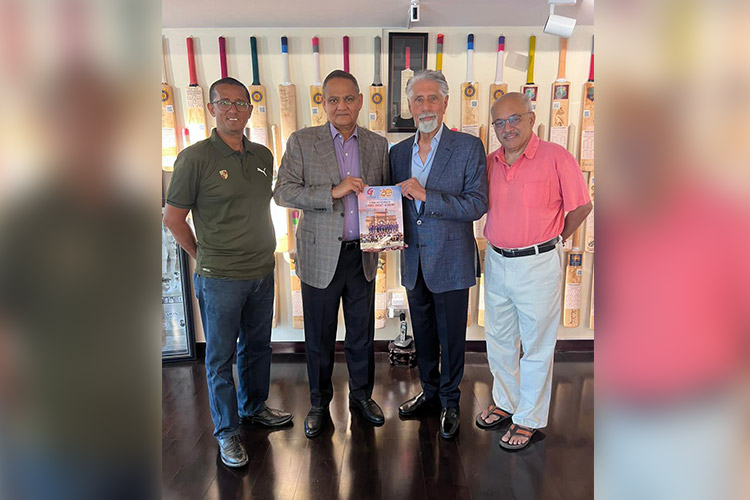 The book was released by cricket enthusiast and businessman Shyam Bhatia in the presence of Dinesh Kothari, Chairman, Delhi Private Schools group.

A travel into the world of G Force Cricket Academy -- a book that will take you on a trip highlighting G Force Cricket Academy’s 20 years of sustained efforts to spread the game among youngsters in the UAE along with a detailed coverage of their summer tour to Mumbai was released by cricket enthusiast and businessman Shyam Bhatia in the presence of Dinesh Kothari, Chairman, Delhi Private Schools group.

Written by renowned cricket writer KR Nayar, this book is aimed at spreading the message that success comes through passion, dedication, discipline, and hard work.

"I am delighted as my first book has been launched. After dedicating 30 years in the service of cricket as a sports journalist, now I am also an author," said Nayar.

"The book is the documentation of the growth of cricket and its academies in the UAE. Years of hard work and dedication has been captured in this book," he added.

Gopal Jasapara, who launched the G Force Cricket Academy and has groomed many youngsters, narrates how the academy has gone about serving the game.

The book starts off with a detailed coverage of the recent tour of Mumbai by G Force Academy, which was the 39th tour of this academy to a foreign country. There are inspiring interviews with Karsan Ghavri, TA Sekar, Ian Trott (father of former England player Jonathan Trott) Jimmy Adams, Jhulan Goswami.

Additionally, there are stories of G Force’s triumphs in top tournaments and old newspaper clippings on the exploits of some of the cricketers from this academy dating back to two decades. Interesting anecdotes and interviews with legends of the game who have conducted coaching camps for G Force Academy over the years make it an inspiring read for cricket enthusiasts.