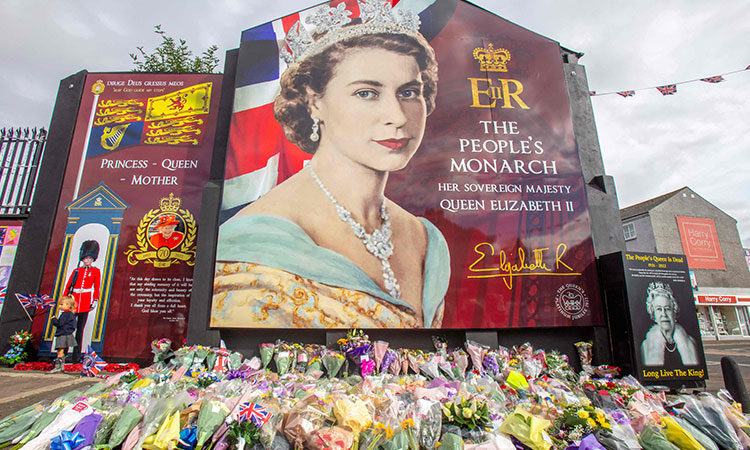 Flowers and tributes are pictured by a mural on the Shankill road, Belfast, on Friday. AFP

English soccer's ruling body postponed all fixtures until Monday as a mark of respect following the death of Queen Elizabeth but cricket, golf and rugby matches will go ahead as planned this weekend.


Soccer's top flight Premier League and the English Football League (EFL) had already announced they were postponing their next round of fixtures. The queen, Britain's longest-reigning monarch, died peacefully at her home in Scotland on Thursday aged 96.

"As a mark of respect, following the passing of Her Majesty the Queen, English football has united to postpone all football fixtures between 9-11 September," the football Association said in a statement.

Matches in the Barclays Women's Super League and across the lower tiers of the football pyramid and grassroots football were also postponed, the FA added.

The Department for Digital, Culture, Media and Sport (DCMS) had earlier provided guidance saying there was "no obligation to cancel or postpone events and sporting fixtures, or close entertainment venues during the National Mourning period."

The Premier League said a decision on postponing the fixtures was made in a meeting on Friday.

"To honour her extraordinary life and contribution to the nation, and as a mark of respect, this weekend's Premier League match round will be postponed, including Monday evening's game," it said.

All soccer fixtures in Northern Ireland this weekend were postponed, while the football Association of Wales said it had postponed fixtures from Sept.9-12 at all levels of the game. Professional matches in Scottish football were also cancelled.

"The passing of the Queen, a constant in our lives for 70 years, is a profound and momentous occasion," said Neil Doncaster, Chief Executive of the Scottish Professional football League. "It is therefore appropriate that professional football marks this event with all possible solemnity."

CRICKET, RUGBY AND GOLF GO AHEAD

England's cricket board (ECB) said the men's test match between England and South Africa will resume at The Oval on Saturday after Friday's day two was suspended. The first day had been washed out without a ball being bowled.

The ECB was exploring the possibility of extending the match to make up for losing day two but South Africa fly home on Tuesday, effectively making it a three-day test. 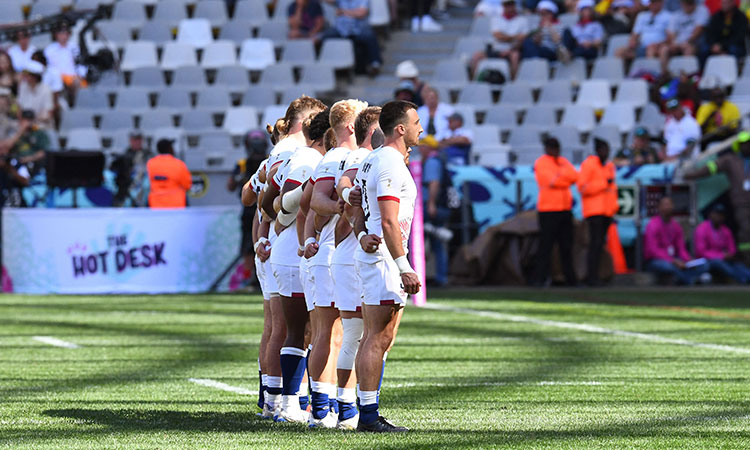 Members of the England 7s team observe a moment of silence to make the death of Queen Elizabeth before the start of a match during the Rugby World Cup tournament. AFP

Saturday's women's Twenty20 international between England and India will also go ahead in Durham. England's Rugby football Union (RFU) said matches and other rugby activities scheduled for the weekend would go ahead so people could come together and mourn.

"The overwhelming opinions shared so far within the game, are that teams and supporters want to come together to honour Her Majesty Queen Elizabeth II to be united in our grief as we express sorrow at her passing," the RFU said.

"Prior to the start of each match, a one-minute silent tribute will take place. All players and coaches will be invited to wear black armbands," they said.

Similarly, the Rugby football League said they took the "difficult decision" of ensuring fixtures at all levels go ahead this weekend, including the Super League elimination playoffs. 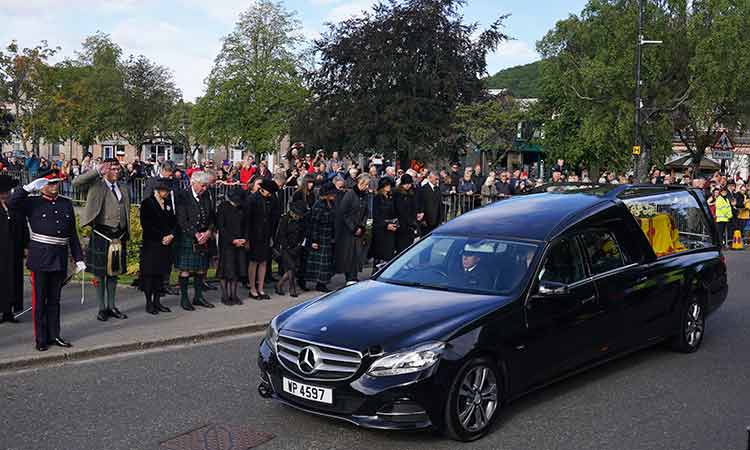 Her death has drawn tears, sadness and warm tributes, not just from the Queen's own close family and many in Britain, but also from around the globe — reflecting her presence on the world stage for seven decades. 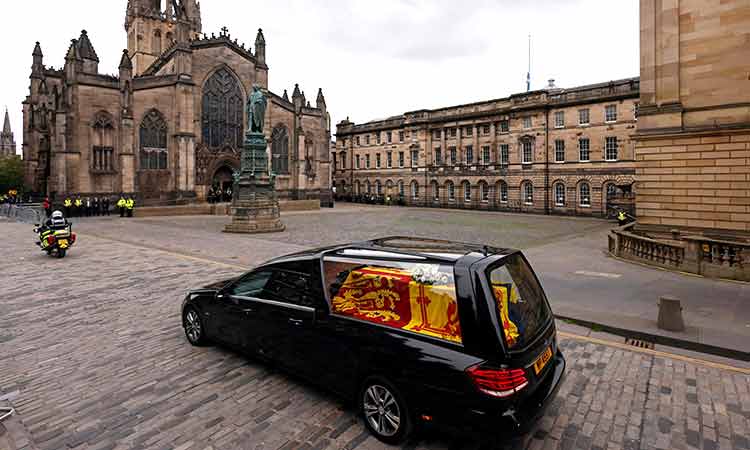 The hearse leading the seven-car cortege had left Balmoral Castle, where the queen died on Thursday aged 96, just after 0900 GMT and made a 180-mile (290 kilometre) journey along streets lined with mourners. 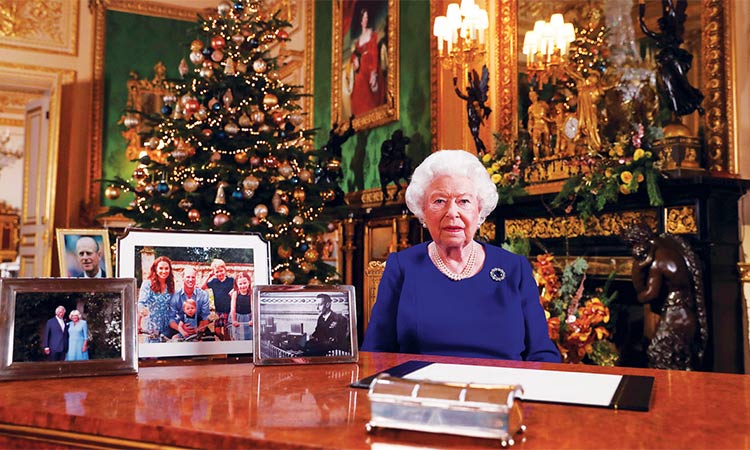 The Queen continued, "He will be long remembered by all who work for regional stability, understanding between nations and between faiths, and for the conservation cause."