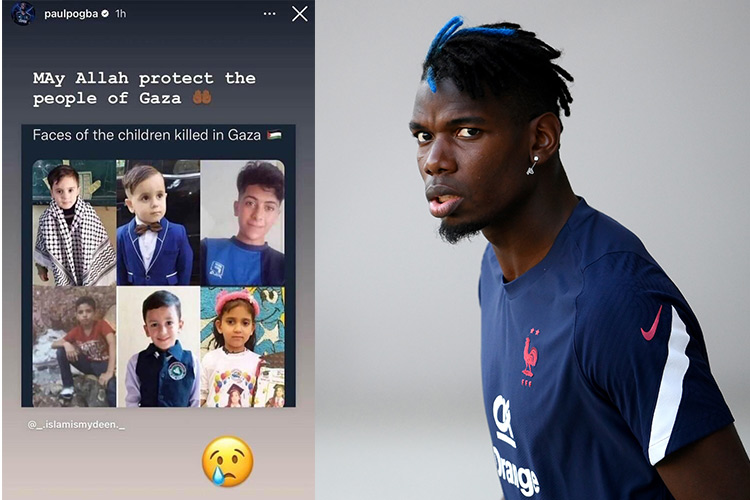 French football player Paul Pogba has voiced his solidarity with people of Gaza after the recent bombardment of the Palestinian enclave by Israelis over rocket attacks.

The soccer midfielder captioned it, "May Allah protect the people of Gaza."

As soon as he posted the image on his Insta stories, it went viral with people sharing the screenshot of the post. 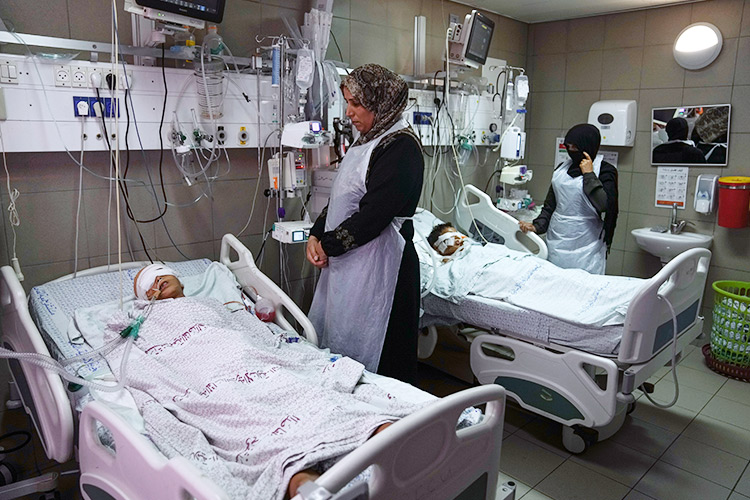 Two wounded Palestinian children from Gaza, Nayef al-Awdat, 14, and Mohammed Abu Ktaifa, 8, are being treated in the ICU at Mukassed hospital in east Jerusalem. AP


A Twitter user wrote, “French Muslim footballer, Juventus player Paul Pogba supports the Palestinian cause once again by publishing pictures of children who rose during the #occupation aggression on #Gaza, commenting on the phrase "God save the people of Gaza."”

Another one said, "French Muslim player for Juventus Paul Pogba reinstates his support for Palestinian people by posting pictures of Gaza children who were murdered during 2022 aggression, commenting 'may God save the people of Gaza.'"

According to the Palestinian Health Ministry, at least 45 Palestinians, including a 5-year-old girl, were killed in the airstrikes, while 360 others were wounded. 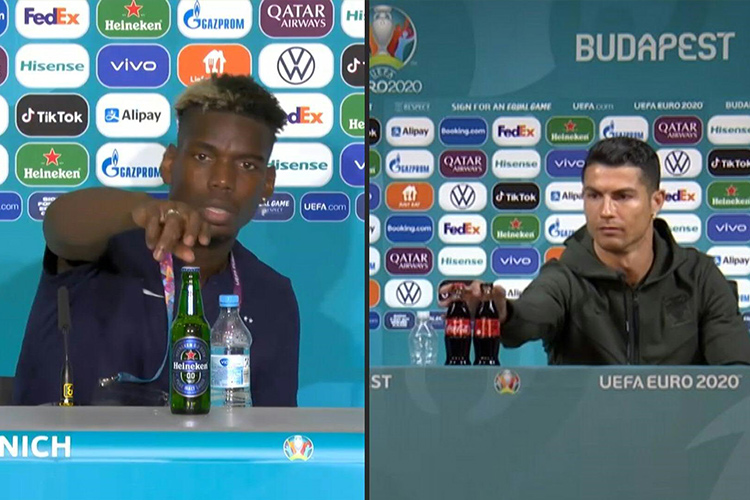 Pogba removes a bottle of non-alcoholic Heineken beer from the lectern at the start of the conference, echoing Ronaldo after he replaced Coca-Cola bottles with a bottle of water on Monday.