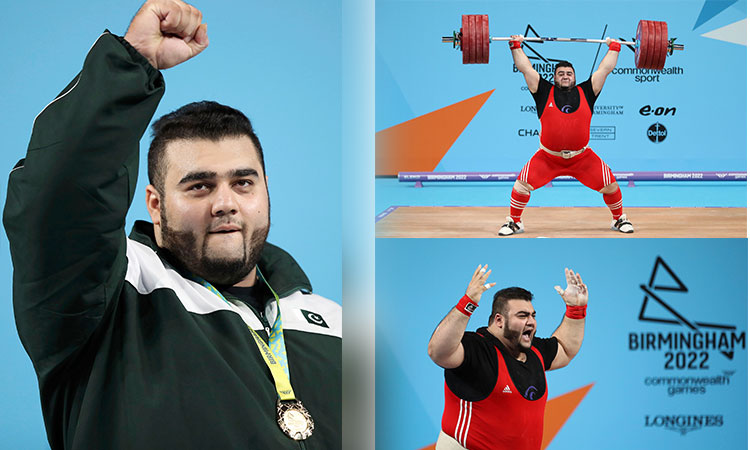 Nooh Dastgir Butt celebrates after winning a gold medal following the Men's 109kg+ final, at The NEC in Birmingham, England, on Wednesday. AP

President Dr Arif Alvi, Prime Minister Shahbaz Sharif and other politicians and celebrities on Thursday took to social media to congratulate weightlifter Nooh Dastagir Butt for winning the first gold medal for Pakistan in the ongoing Commonwealth Games, an international multi-sports event that runs every four years, in Birmingham, UK.

It was a joyous moment for Pakistan when Nooh Dastagir bagged the first gold medal for the country in the Commonwealth Games in Birmingham.

Pakistanis celebrated the inaugural gold by pouring out on social media and lavishing praise on the 24-year-old Pakistani athlete, just after the famous weightlifter from Gujranwala city of Punjab province claimed his weightlifting record. Netizens also congratulated Pakistan for its first gold medal.

Nooh Dastagir won the first gold medal by lifting a total of 405 kilogrammes — 173kg in snatch and 232kg in clean and jerk.

Meanwhile, the Pakistan Sports Board (PSB) on Thursday announced a cash reward of Rs5 million for Nooh Dastagir. 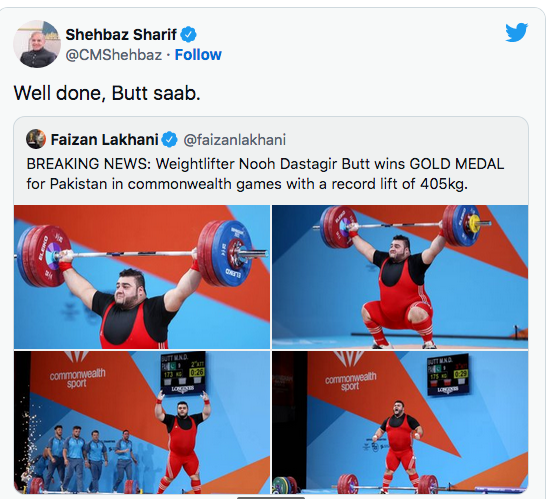 In a statement, the president expressed confidence that Nooh Dastagir would continue to bring laurels to the country. He emphasized the need for encouragement of youth in the field of sport. 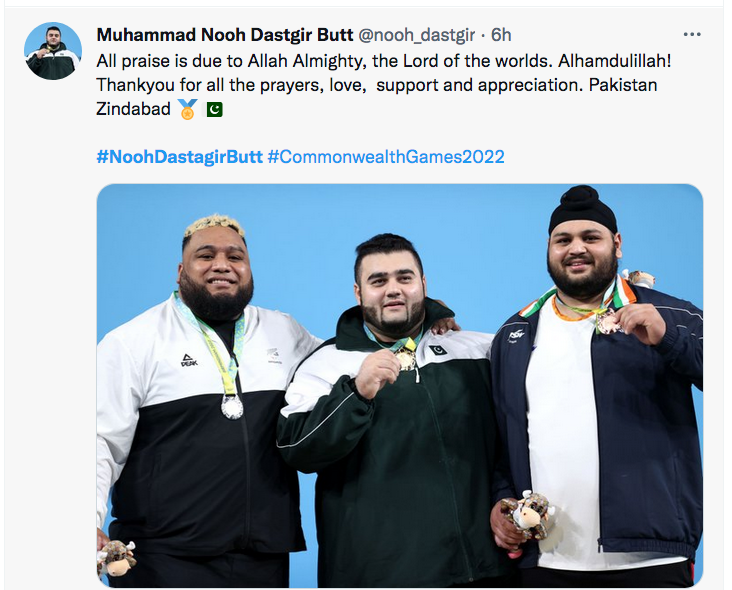 The 24-year-old set a new Games record of 173kg in the snatch portion of the event after lifting 170kg in his first attempt. 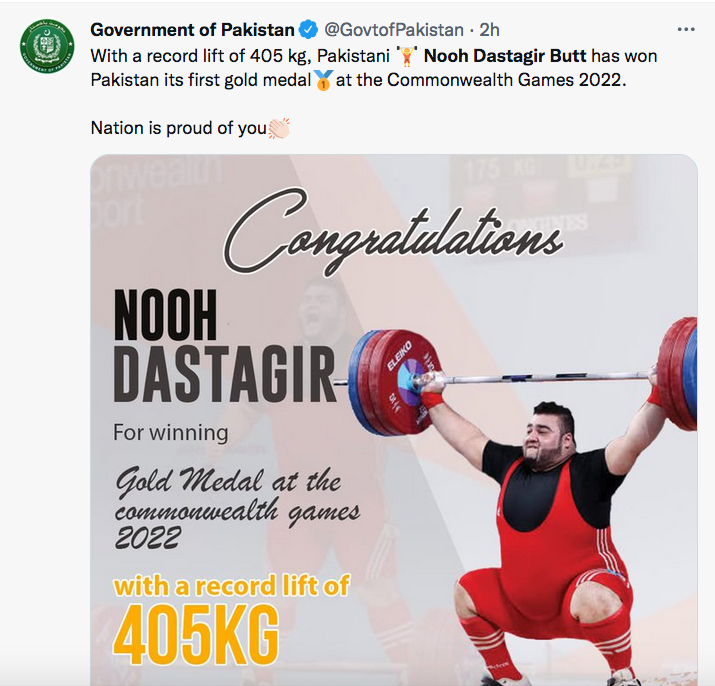 In clean and jerk, he lifted 232kg, totaling 405kg to claim gold for Pakistan. He bettered the record of 403kg set by New Zealander David Andrew Liti four years ago. Earlier, Nooh had won a bronze medal in Commonwealth Games 2018. 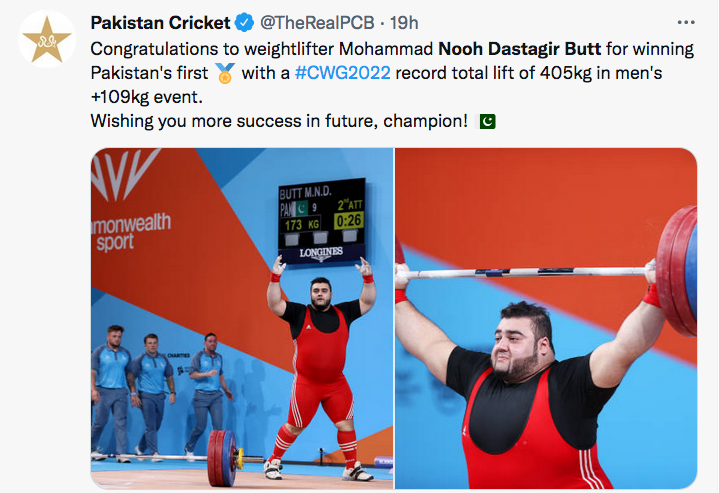 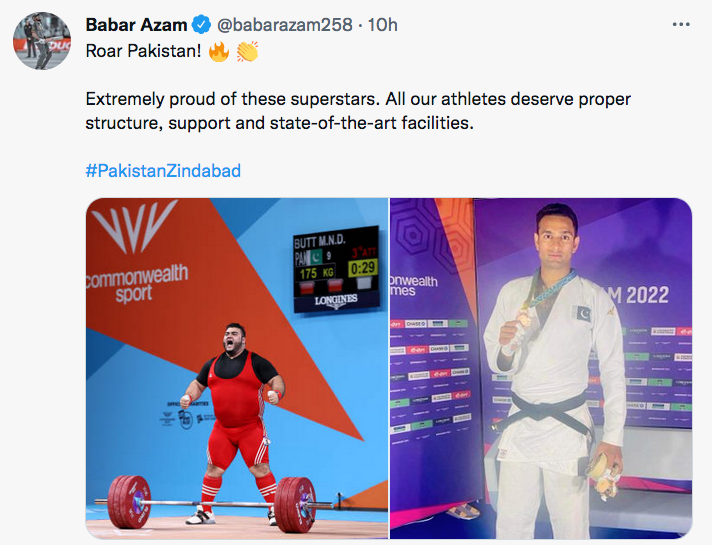 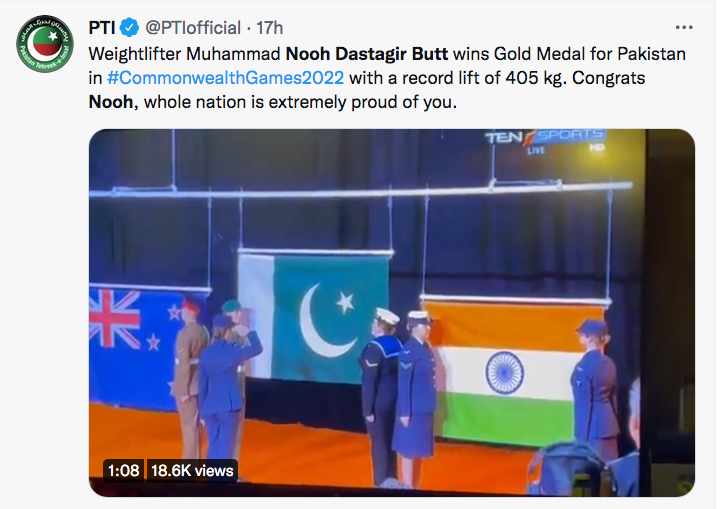 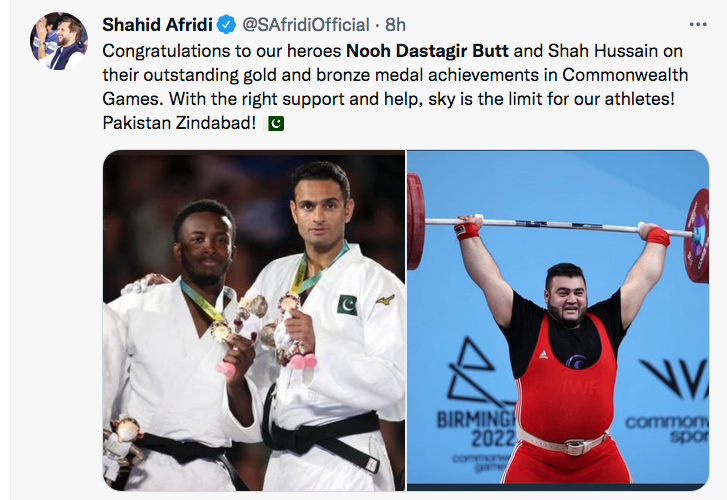 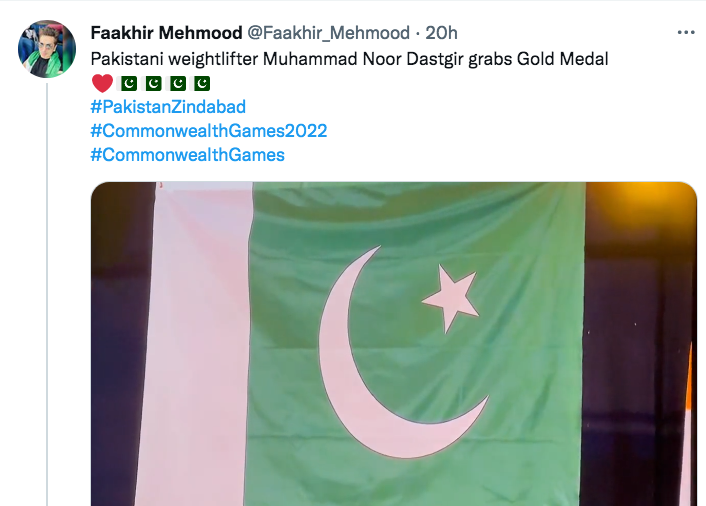 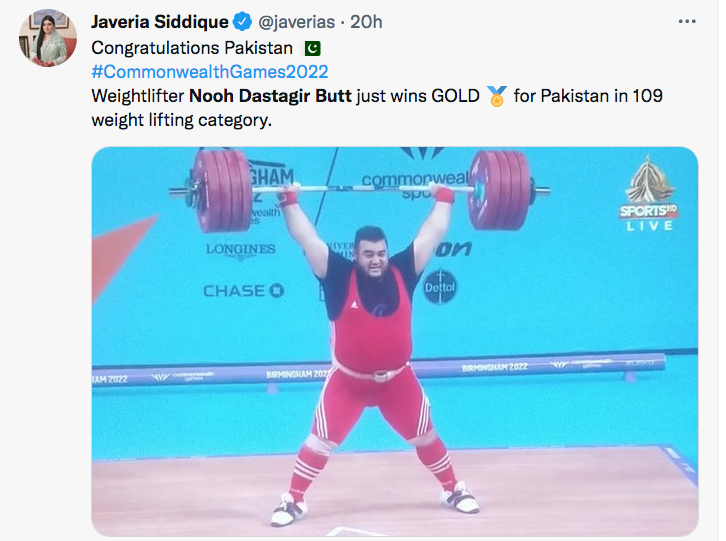 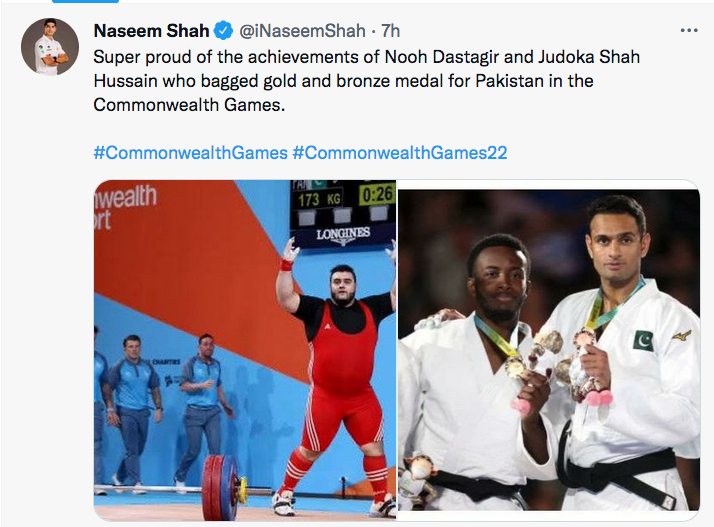 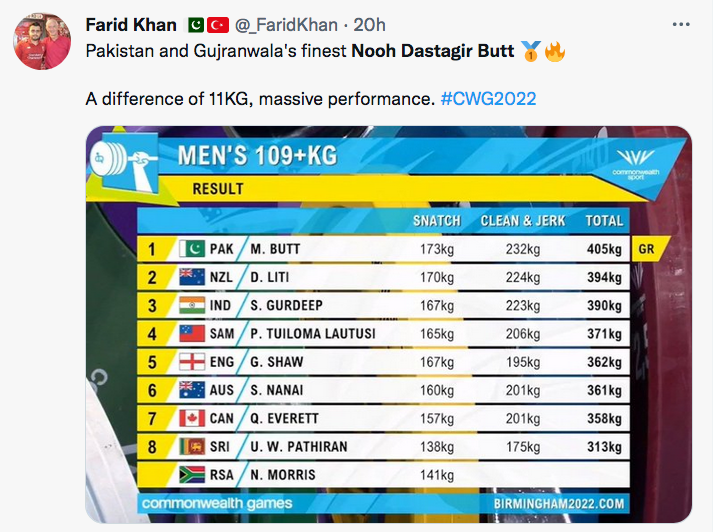 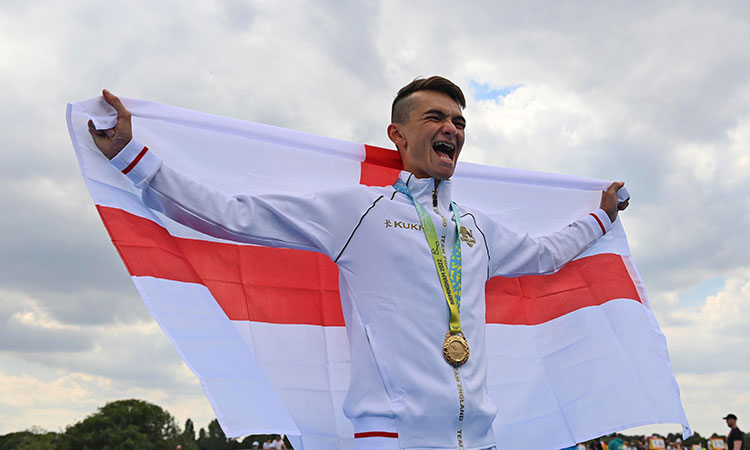 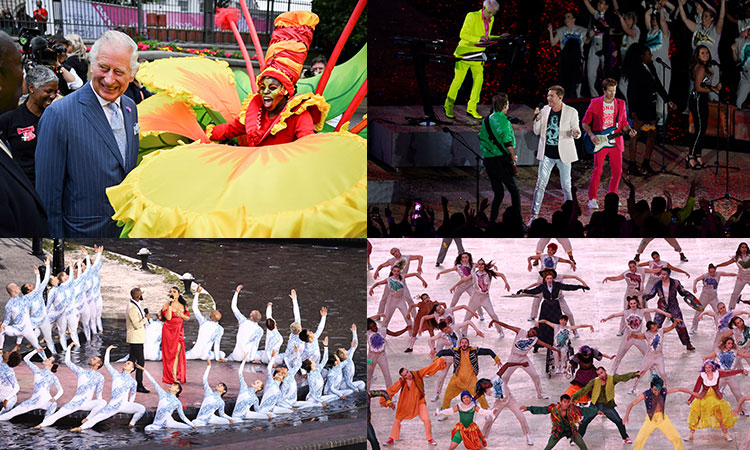 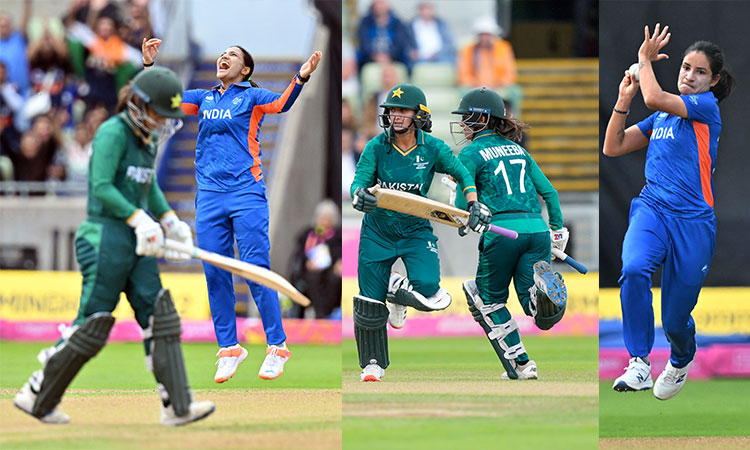