Cyclists and spectators injured in horror crash at Commonwealth Games 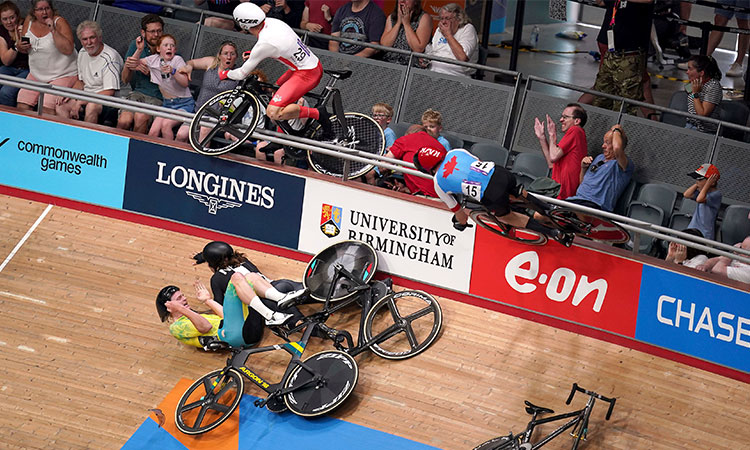 General view of a crash in the Men's 15km Scratch Race Qualifying Round at Lee Valley VeloPark in London on Sunday. AP

English cyclist Matt Walls was involved in a horror crash at the Commonwealth Games on Sunday when he was catapulted over the barriers and into the crowds at the Lee Valley VeloPark.

The Olympic omnium champion, competing in the men's scratch qualifiers at the London venue, received treatment for more than 40 minutes before being taken away by ambulance.

Spectators were also hurt after Walls and his bike came over the top of the barriers on the high banking of a corner.

Team England said in an update: "Matt is alert and talking — as he has been throughout — and is being given medical attention in hospital."

Witnesses said that, because of the gradient of the banking, spectators in the front row had been unsighted for the crash.

One man received treatment for cuts to his arm while a young girl also received medical attention. 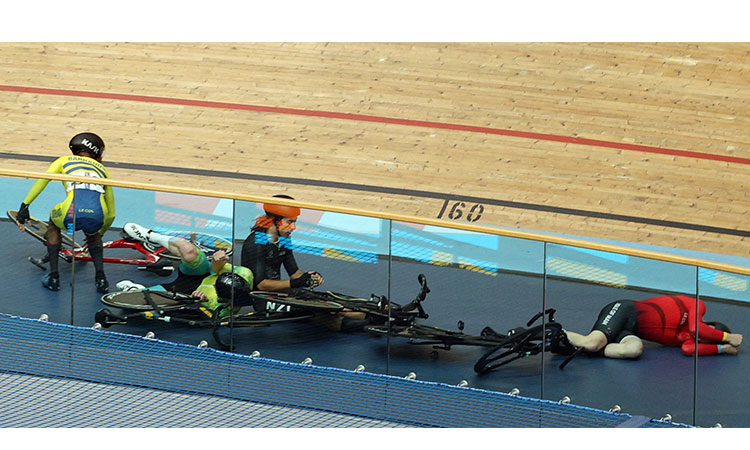 Matthew Bostock (R) lies on the track with other riders following a massive crash during the men's 15km scratch race qualifying round. AFP

Walls had been trying to avoid riders who had fallen. The stricken pair of New Zealand's George Jackson and Australia's Josh Duffy slid up the banking, forcing Walls up on to the barrier and then over it.

Canadian Derek Gee also surfed the top of the barrier but managed to avoid following Walls into the stands.

The Isle of Man's Matt Bostock was also taken to hospital with head and shoulder injuries while Canadian Mathias Guillemette was disqualified for causing the initial crash.

A total of eight riders went down on the last lap of the race, with medics and coaches immediately rushing to help. An England coach climbed up the banks to reach Walls in the crowd.

The remainder of the morning session at the velodrome was cancelled and spectators were asked to leave as medical staff attended to Walls, who won omnium gold and madison silver for Team GB at last year's Tokyo Olympics

Most of the events at the Commonwealth Games are being held in Birmingham but the track cycling is taking place in London. 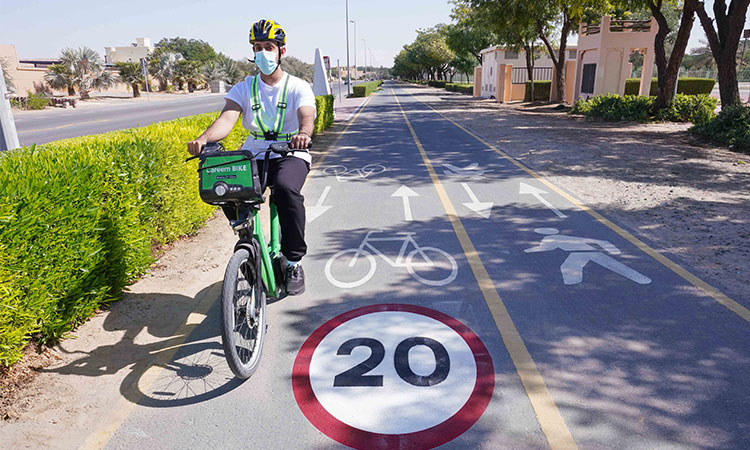 The General Directorate of Dubai Police launched traffic campaigns which resulted in seizing 9,886 cycles, motorbikes violating the traffic laws over the past 10 months.

Up to Dhs5,000 fine for violating bikes regulations in Abu Dhabi

The Department of Municipalities and Transport in Abu Dhabi has set a list of 19 violations and administrative fines ranging between Dhs200-5,000 for facilities operating in bicycle rental services and bikes riders in the emirate.

The Resolution supports Dubai’s efforts to transform itself into a bicycle-friendly city and promote environmentally friendly modes of transport.