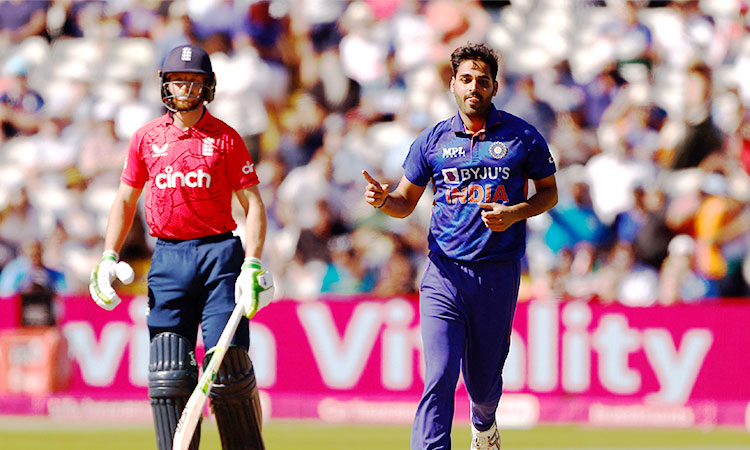 Ravindra Jadeja's fighting knock followed by a clinical bowling effort led India to an impressive 49-run win over England in the second T20I and 2-0 unassailable lead in the three-match series on Saturday.

Defending a challenging total, Bhuvneshwar Kumar struck with the first ball of the innings, getting the dangerous Jason Roy caught at slip. In his very next over, he took the big wicket of Jos Buttler through an under-edge, which Pant was sharp to spot and force India to go for the review. That was the fifth time Bhuvneshwar had Buttler's number. 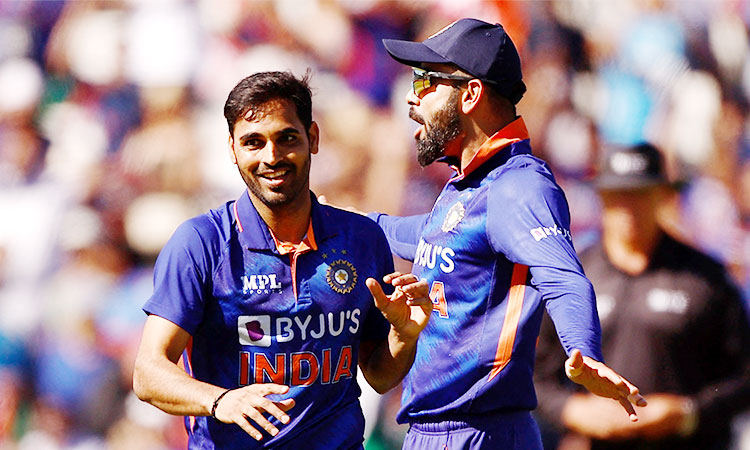 Yuzvendra Chahal, into the attack immediately after the PowerPlay, deceived Harry Brook in the air and had him caught in the deep as India's bowlers continued to pick wickets through the middle overs.

From there on, England never looked in contention to chase the winning total. Moeen Ali (35 off 21) and David Willey (33 not out off 22) tried hard but it was not enough as England were bowled out for 121 all out in 17 overs, losing by a huge margin of 49 runs.

Bhuvneshwar, who finished with 3 for 15, was adjudged the Player of the Match while Jasprit Bumrah (2/10) and Yuzvendra Chahal (2/10) and Harshal Patel (1/34) were the other wicket-takers for India.

England debutant paceman Richard Gleeson removed all of India's top three on his way to 3-15 after the tourists had been 49 without loss.

It was Richard Gleeson, the oldest T20I debutant for England, who gave hosts their first breakthrough by dismissing Rohit in the fifth over of the innings. Despite Rohit's wicket, Pant went down the track and smacked a length delivery by Moeen over long-off for a smashing six as India crossed the 50-run mark.

Chris Jordan followed up with 4-27 but Ravindra Jadeja's unbeaten 46 kept India in the game. 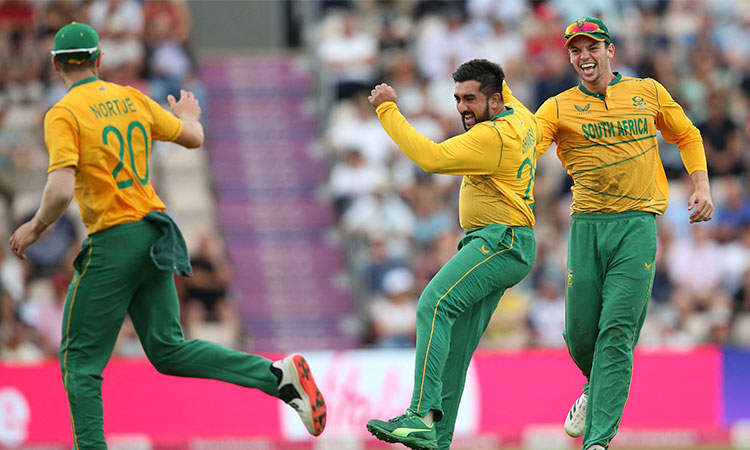 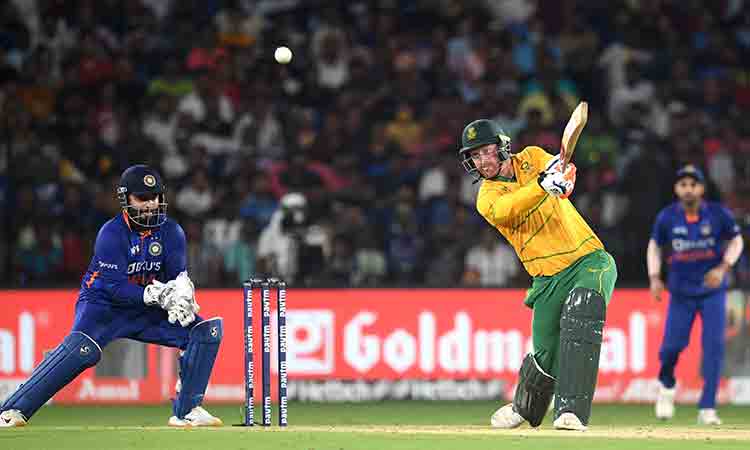 Needing 149 for victory on a hot and humid day in Cuttack, South Africa rode Klaasen's fourth T20 half-century to achieve their target in 18.2 overs and lead the five-match series 2-0. 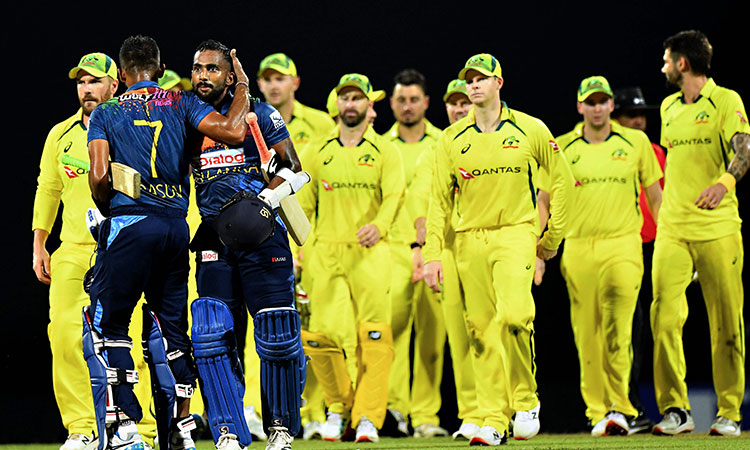 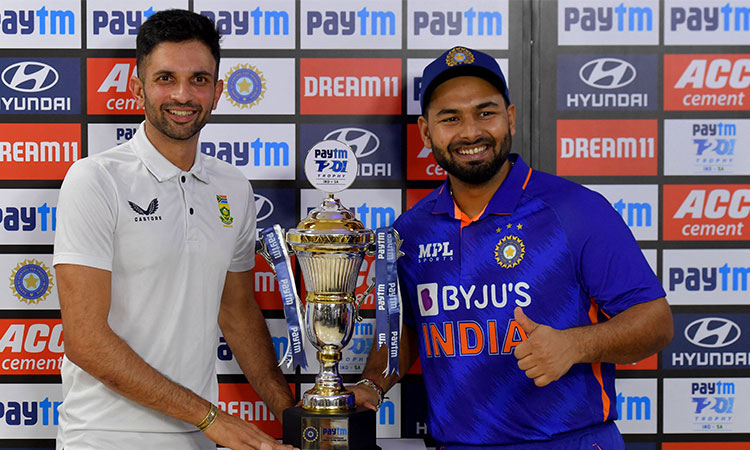