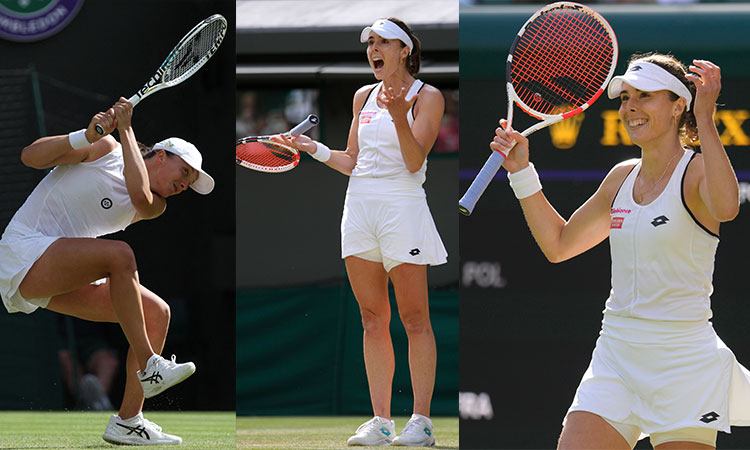 Alize Cornet celebrates beating Iga Swiatek (L) during their women's singles match at The All England Tennis Club in Wimbledon on Saturday. AFP

France's Alize Cornet defeated Iga Swiatek 6-4, 6-2 in the third round of Wimbledon 2022 to end the World No.1's remarkable win streak at 37 matches, here on Saturday.

The victory puts the 32-year-old Cornet into the Round of 16 at Wimbledon for the first time since 2014.

Cornet's victory over Swiatek is her first complete-match win over a reigning World No.1 since notching a similar result in the third round of Wimbledon in 2014.

"It reminds me of the time I beat Serena on the same court, eight years ago exactly. This court is a lucky charm for me," Cornet said on court after the win. "I think these kinds of matches are what I'm living for, what I'm practicing for every day. I knew I could win it. I had the belief," she added. 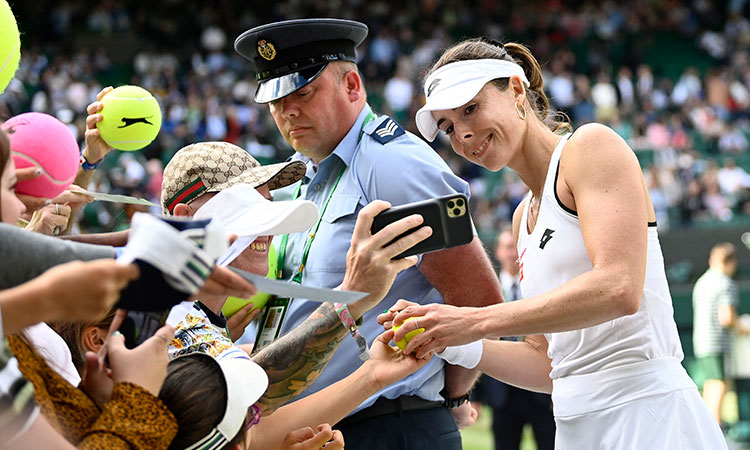 Alize Cornet signs autographs for fans after winning her third round match against Iga Swiate. Reuters

On the other hand, Swiatek had looked unbeatable on hard courts and clay but the 21-year-old had been open about her learning curve on grass.

She was earlier made to battle hard in the second round to defeat lucky-loser Lesley Pattinama Kerkhove 6-4, 4-6, 6-3. With her loss to Cornet, Swiatek still has yet to beat a Top 50 player on grass.

Swiatek was broken five times and made a total of 33 unforced errors in an uncharacteristically sloppy display.

The 21-year-old, who had won her previous six tournaments including the French Open, said she struggled to control the ball. "I know I didn't play good tennis," said the world number one. "I was pretty confused about my tactics.

"As a solid player, she used that pretty well. For sure, it wasn't a good performance from me." Swiatek had not lost a match since her defeat to Jelena Ostapenko in February in Dubai. 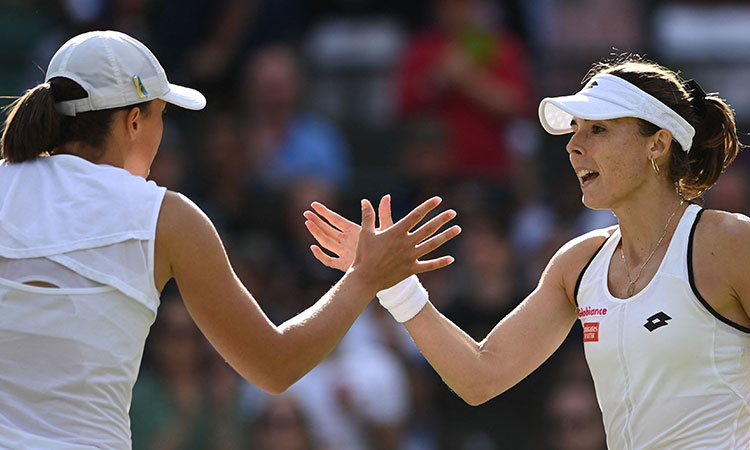 Cornet played a clean, veteran match to unwind from Swiatek's power game. She jumped out to a 3-0 lead thanks to two early breaks and held Pole star off from there.

Swiatek was able to get on the board by breaking Cornet in a long fourth game, but Cornet's insurance break proved its worth. Across the 51-minute opening set, Cornet made just five unforced errors, while Swiatek misfired on 17.

World No.1 looked primed for one of her trademark comebacks in the second set, as she broke early for a 2-0 lead. But the Pole's game never clicked in. Unable to clean up her unforced errors, Swiatek immediately ceded back her break advantage and Cornet ran away with the set from there, winning the last six games of the 93-minute match. 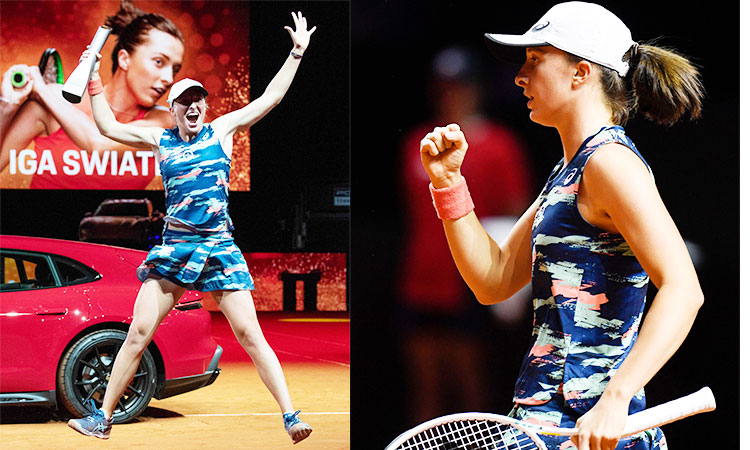 The 20-year-old picked up her 23rd straight victory as she added Stuttgart to title wins in Doha, Indian Wells and Miami. Swiatek was relentless, breaking Sabalenka's serve twice in the opening set, then greeting every point won with a clenched fist of celebration to seal a 6-2, 6-2 win.