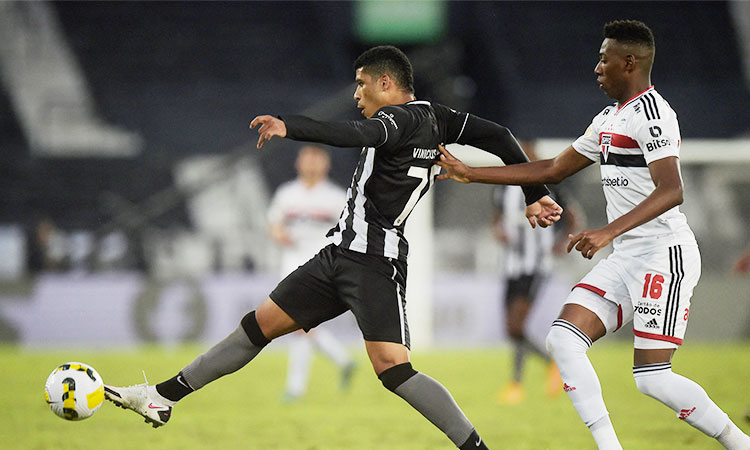 More than half of footballers playing at the European Championship and African Cup of Nations suffered online abuse, a study published by FIFA revealed on Sunday. Much of abuse came from fans of the players' home nations.

"Homophobic (40%) and racist (38%) comments provided the majority of the abuse," said the independent report published to coincide with the United Nations International Day for Countering Hate Speech.

Using artificial intelligence to track over 400,000 posts on social media platforms during the semi-finals and finals of Euro 2020 and 2021 African Cup of Nations 2021 "over 50% of players received some form of discriminatory abuse."

FIFA said with the World Cup in Qatar just five months away, they will work with players union FIFPRO to implement a plan on how to protect players from abuse on social media. 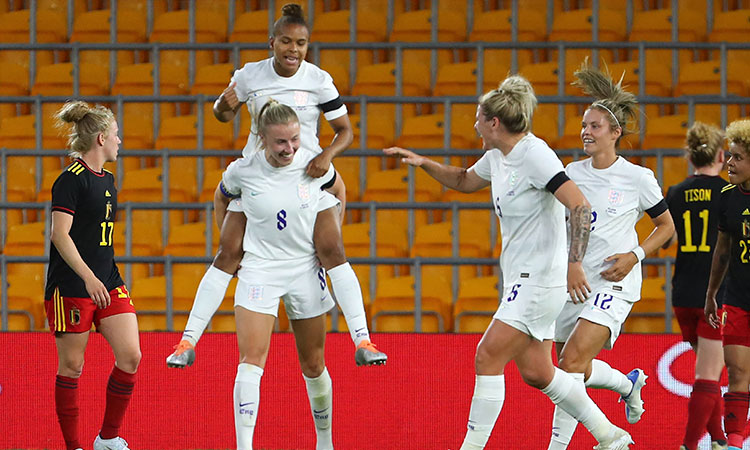 England players celebrate their third goal during the friendly match between England and Belgium at Molineux Stadium. AFP

This will involve scanning recognised hate speech terms published to identified social media accounts, and once detected, prevent that comment from being seen by the recipient and their followers.

"Although the offending message remains visible to the person who originally made the comment, its visibility and reach will be significantly reduced," said FIFA.

England's Marcus Rashford, Bukayo Saka and Jadon Sancho were all targeted online following their penalty misses in the Euro 2020 final, leading to widespread calls for a clampdown on racist abuse on social media.

One teenager was given a six-week jail sentence for racially abusing Rashford on Twitter after the loss to Italy.

"Our duty is to protect football, and that starts with the players who bring so much joy and happiness to all of us by their exploits on the field of play," said FIFA president Gianni Infantino.