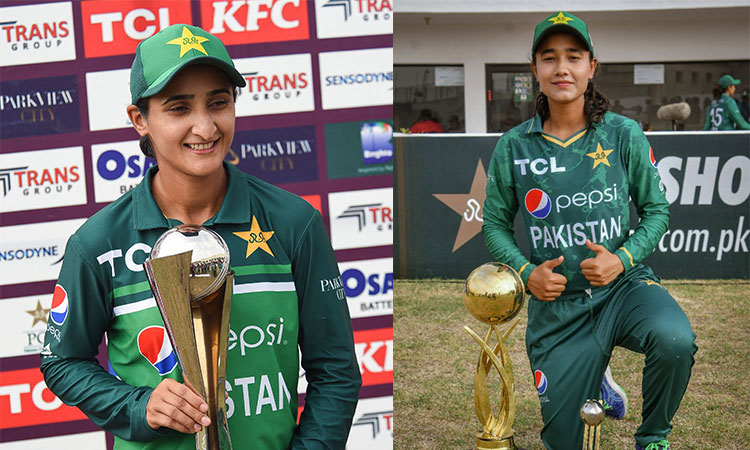 Bismah Maroof (L) and Tuba Hassan pose with the ODI and T20 winning trophies at the Southend Club in Karachi. AFP / Twitter photo

Two Pakistan stars — Bismah Maroof and Tuba Hassan — and an up-and-coming 17-year-old from Jersey, Trinity Smith, have been nominated for ICC Women's Player of the Month for May 2022.

Tuba Hassan, in her first outing on the international stage, against Sri Lanka, took home the 'Player of the Series' award after finishing as her side's highest wicket-taker.

She picked up a wicket each in the next two games and was economical in her spells, giving away just 13 and 23 runs respectively in full spells of four overs each.

Skipper Bismah Maroof led from the front in the T20I series and finished as the highest run-getter with 65 runs in three matches. In all three games, she walked out when her team was in a spot of bother. In the first match, her 28 off 32 balls took Pakistan to touching distance of a win. In the remaining two matches, she ensured she batted through till the end to guide her team home.

In the second game, she played the perfect second fiddle to Ayesha Naseem with a 29-ball unbeaten 22. In the final match, Maroof took her team home in a crunch encounter with a brace off the final ball. Though she only scored an unbeaten 15 off 15, she won the Player of the Match for her crucial innings.

Like Tuba Hassan, Trinity Smith of Jersey too made her debut last month and already finds herself on the shortlist for ICC Women's Player of the Month.

The 17-year-old all-rounder made her debut against France in the quadrangular series that also involved Spain and Austria. She didn't get a chance to bat but picked up a wicket on debut.

In the first opportunity she got to bat, she scored an unbeaten 59 off just 43 balls and later picked up 2/18 in four overs with her right-arm medium pace. In Jersey's final game of the series, she smashed yet another fifty (56 not out off 40 balls) and also picked up a wicket. Jersey finished the series unbeaten with four wins out of four.

Smith played a crucial role in the series, with 120 runs at a strike rate of 136.36 with the bat and also picked four wickets in as many games at an economy of 6.58. 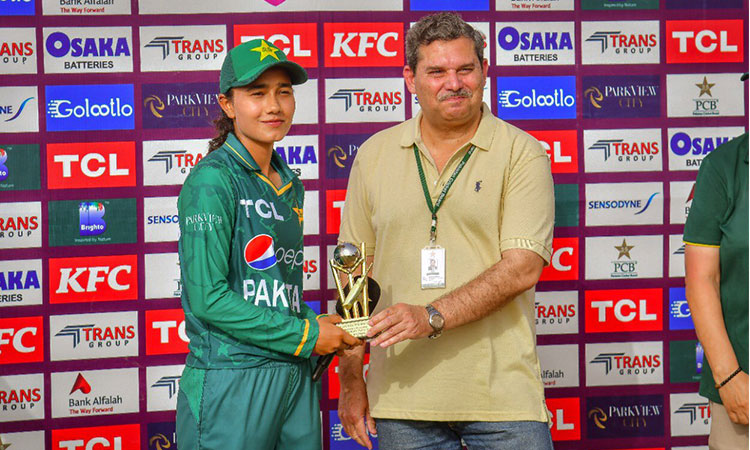 Tuba is the first female player from Pakistan to win the ICC Women's Player of the Month award. The 21-year-old was instrumental in restricting scores set by Sri Lanka and was eventually adjudged as the player of the series, taking five wickets.

"He especially had a year to remember in Tests and T20Is, reaching his peak during the ICC Men's T20 World Cup in UAE where he impressed one and all with his sheer speed and skills," the ICC said in a statement. 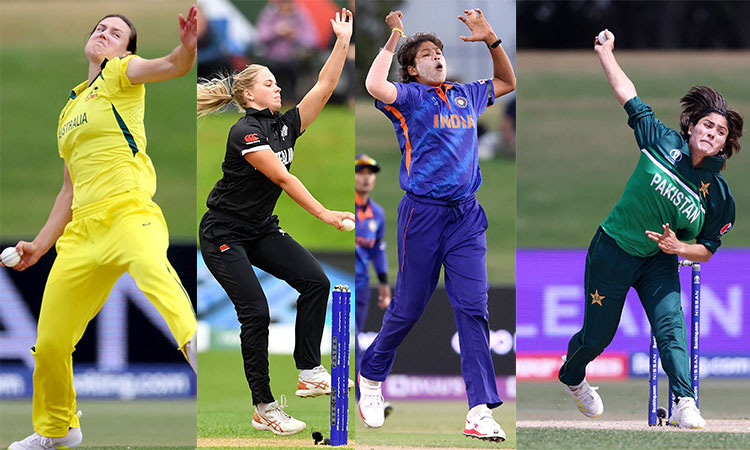 Using the #IDeclare hashtag, the ICC is urging cricket fans worldwide to show what they can do to "further promote gender equality and further empower women and girls through cricket."