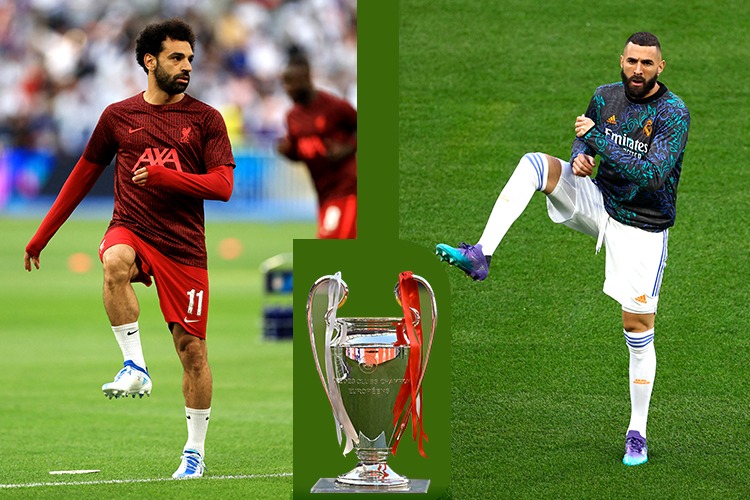 Real Madrid beat Liverpool 1 – 0 in the Champions League final in France on Saturday.

Real Madrid are champions of Europe for the 14th time and Carlo Ancelotti becomes the most successful manager in Champions League history with a fourth title as a coach.

Liverpool look dejected as they head up to the podium to receive their runners-up medals. Jurgen Klopp waves and applauds the travelling fans who made the trip to Paris but there’s no excitement or joy behind his acknowledgement.

Jurgen Klopp’s side are aiming to secure a famous cup treble this season and win the seventh European Cup in their history.

Real Madrid, the most successful team in the competition, are targeting a record-extending 14th crown.

It is, of course, a repeat of the 2018 final when Gareth Bale scored a spectacular overhead kick as Madrid snatched glory in Kyiv.

The Reds redeemed themselves with victory against Tottenham in the 2019 final, but tonight offers a special chance for revenge, particularly for Mohamed Salah after he was forced off early against Madrid four years ago. Klopp was keen to play down that theme ahead of kick-off, though.

“I don’t believe in revenge or think revenge is a fantastic idea,” he said. “I understand what Mo said. He wants to put it right, but in Germany we say you always meet twice in life.”

The final promises to be a fitting climax to the European season, with Liverpool looking to win a second Champions League in four seasons just days after they narrowly lost out to Manchester City in the Premier League title race.

They have already won the English League Cup and FA Cup.

Jurgen Klopp's Liverpool are seeking to cap a remarkable season by avenging their 2018 defeat against Real Madrid when the sides meet again in the Champions League final in Paris on Saturday, but the Spanish giants have their sights on a 14th European Cup triumph.

That would put them level with AC Milan, with only Saturday's opponents having won the trophy more often, and it would allow the Anfield club to finish the campaign with a treble after they lifted the English League Cup and FA Cup.

Klopp shrugged off the distraction of speculation over Sadio Mane's future as he prepared Saturday's Champions League final against Real Madrid on a fresh pitch at the Stade de France. Mane, whose contract expires in 2023, has been heavily linked with a move to Bayern Munich.

The Senegalese told reporters this week he will reveal a "special" answer to questions over where he will play next season after the final. "This is the wrong moment to speak about that. Wherever Sadio plays next season he will be a big player," Klopp said when quizzed on whether Mane would be a good addition to the Bundesliga.

"The Bayern Munich rumours I couldn't care less in the moment. Sadio is fully focused on the game, no concerns. "It's not the first time in my life before a big game Bayern Munich rumours come up." A highly-anticipated rematch between two of the most decorated clubs in Champions League history will take place on a pitch laid just this week. Klopp expressed his concern with the signs of where each section of the new turf has been installed still clearly visible.

"Usually when a pitch looks new it's good news. This pitch is new since yesterday, that's obviously not the best news but for both teams," he added.

"That somebody thought it was a good idea to bring the pitch to the stadium the day before the game is an interesting idea.

"It didn't kill my mood by one percent. As long as both teams have the same circumstances I'm fine with it."

For a long time an unprecedented quadruple was on, but Klopp's side fell just short in the Premier League, finishing a point behind Manchester City.

It has already been a memorable few years for Klopp's side following their loss in Kyiv, when Mohamed Salah was forced off injured in the first half, Lorius Karius endured a nightmare in goal, and Gareth Bale's brilliance won the trophy for Real.

"I think it is revenge time," Salah, scorer of 31 goals this season, admitted recently. Liverpool appear well placed given how much they have strengthened since 2018, chiefly in goal with the arrival of Alisson, while Thiago Alcantara has been a standout in midfield. We have a score to settle," Mohamed Salah posted on social media moments.

While Salah has retaliation on his mind, he travels to Paris besieged by concerns over his form, his fitness and even his long-term future at Liverpool. His 23rd goal of the Premier League season against Wolves on Sunday meant he finished as the joint top-scorer in the competition alongside Tottenham's Son Heung-min. Liverpool's preparations for the Champions League final were boosted by the news that midfielders Thiago Alcantara and Fabinho will be fit to face Real Madrid after injury scares.