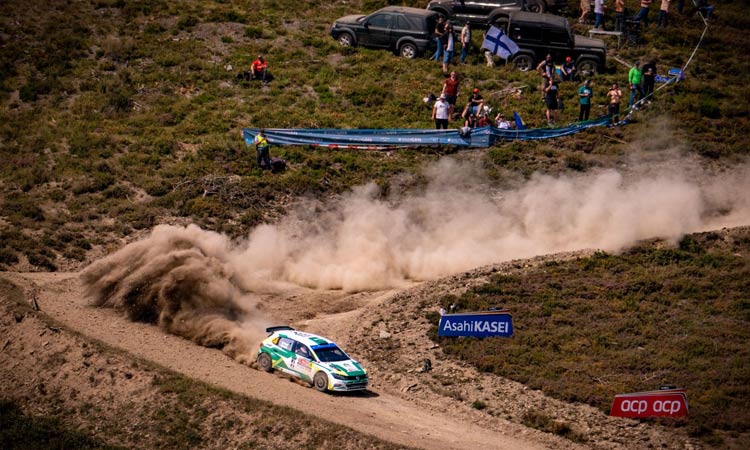 The achievement was even more impressive given Rashed was forced to retire on the first day before the last stage due to punctured tyres but having recovered and restarted, he drove smoothly for the next two days.

He said: “I am extremely happy to score my first points in the WRC 2. This is a moment that I am very proud of because I am one of the least experienced drivers in the mix, so placing 10th in this competition gives me the motivation to work even harder for the rest of the upcoming rallies that I take part in.

“I also realise that there’s still a very long way to go if I want to get better results and win points. Consistency will be the key in getting a top-10 finish and then gradually working my way up to securing a top-5 but my result in Portugal will give me a lot of confidence that I can secure more points in WRC.”

To help him prepare for the Portuguese rally, Rashed had taken part in a local test event in April that used the same track as the WRC 2. He said that experience was vital in achieving his best result in his career.

“That experience was very important because it prepared me well but it also did not prepare me on how rough the stages would be,” he said. “The first day was extremely tough for everyone which resulted in many drivers facing several issues because the race was on a very tough terrain. Nonetheless, the test race in April allowed me to get used to the Portuguese track and what to expect and that was a great learning experience.”

Rashed will next be in action at the Rally Italia Sardegna which takes place from June 2nd-5th.

Alongside his rally motorsport career, Rashed is also a co-founder and director of Access Bridge Ventures, a leading early stage venture capital fund and chairman of Kudu Corp, a leading restaurant chain in Saudi Arabia.