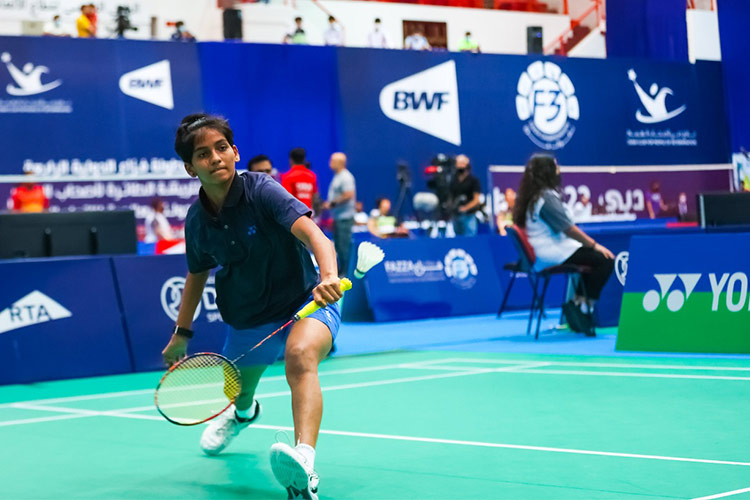 India’s Manisha Ramadass in action during her match at the 4th Fazza Dubai Para Badminton International 2022.

The duo is targeting their fourth gold together here after having dominated the SL3-SU5 women's doubles events in Spain, Brazil and the recent Bahrain Para Badminton International.

Not just the doubles, the promising shuttlers have created a flutter in their respective singles event as well. While Kaur, who started playing Para Badminton in 2018, shocked reigning world champion Manasi Joshi at the recent Bahrain 2022 Para Badminton International after taking gold in Spain, Ramadass had a terrific run winning two women's singles SU5 gold in three competitions played this year.

She in fact had one of her best moments defeating Paralympic bronze medallist from Japan, Akiko Sugino at the Brazil 2022 Para Badminton International. Continuing the run in Dubai, Ramadass shocked third seeded Mamiko Tokyoda of Japan rallying from a game down 7-21, 21-19, 16-21to top Group C in women’s singles SU5.

“It was an unforgettable experience. That win gave me a major confidence boost. A win against a top player makes you feel that you can beat anyone and that you can reach the top as well with hard work and determination.

“I am looking for consistent results and the next big goal will be a medal at the World Championships,” said the 17-year-old Ramadass, who won two gold medals in her very first international match in Spain Para Badminton II.

The Chennai-born, who also has paired up for mixed doubles alongwith Paralympic gold medallist Pramod Bhagat since the Bahrain 2022 International, follows Saina Nehwal and wants to also inspire many other players with her performance. “It’s a proud feeling to represent India and I feel lucky to get that opportunity. I want to make the most of the opportunity and live up to the expectation of my coaches and family.”

The 26-year-old Kaur shared the same emotion winning against higher ranked players including Joshi. “It’s a great feeling and gives you a lot of confidence.”

“To achieve the big goal, I want to overcome small hurdles. I want to win medals at the World Championship and Asian Para Games.”

Another player in focus recently has been India's Nithya Sre Sumathy Sivan who won four gold in five tournaments including her first international at Spain Para Badminton International.

The SH6 player, seeded no. 1 at Fazza Dubai International, also has a gold in the Asian Youth Para Games in December 2021.

“I am my own toughest opponent. I have given a lot of points to my opponents through unforced errors in the past. I am trying to be calmer during my matches. It is getting better with each tournament,” said Nithya, top seeded women’s singles and doubles SH6 in Dubai.

Indonesia’s second seed Nugroho was stretched to the limit by Thailand’s Chok-Uthaikul Watcharaphon before he rallied to win 16-21, 21-14, 21-18 in a men’s singles SU5 Group B game. 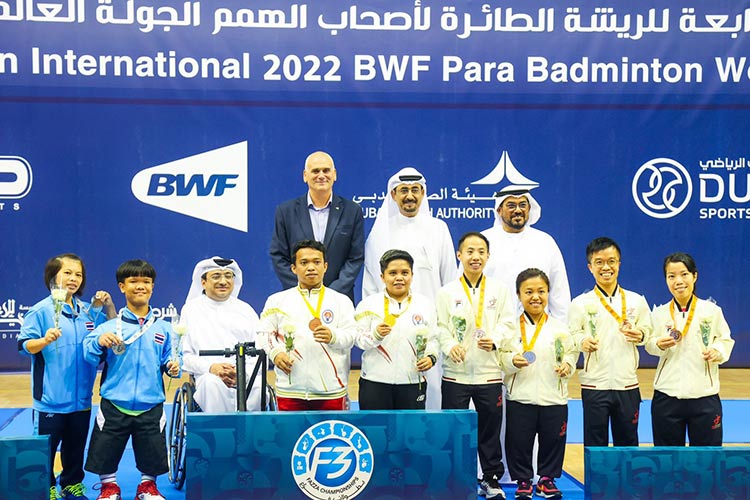 The 4th Fazza Dubai Para Badminton International 2022 came to a close with a colourful ceremony, with Indonesia’s Fredy Setiawan and South Korean Kwon Hyunah emerging on top of the championships, winning three gold medals each at the Shabab Al Ahli Club on Sunday. 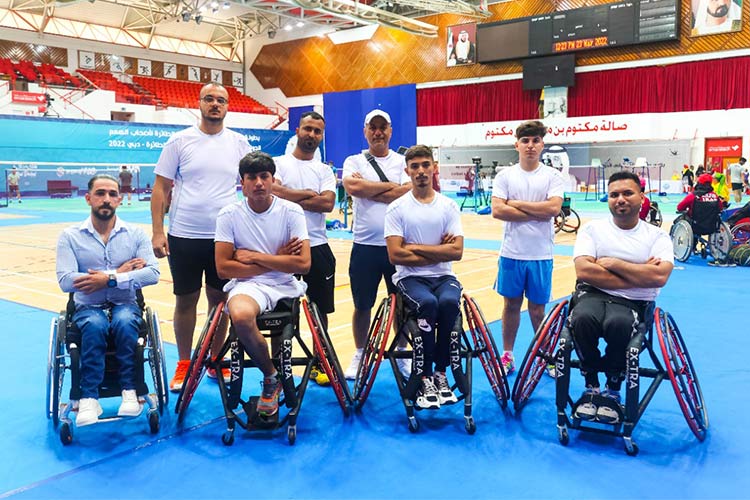 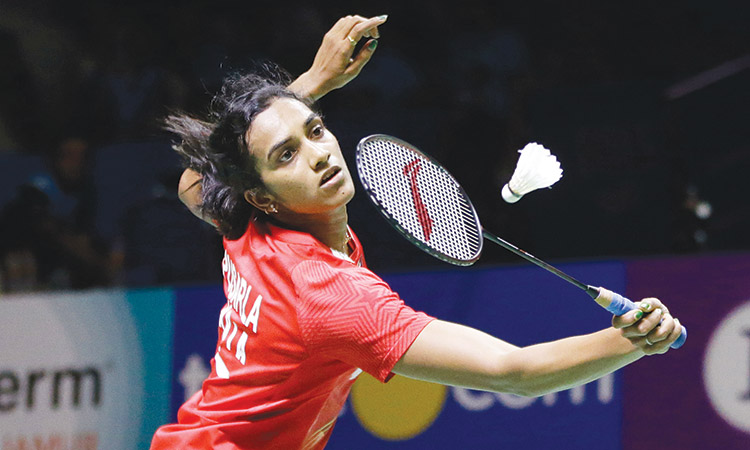