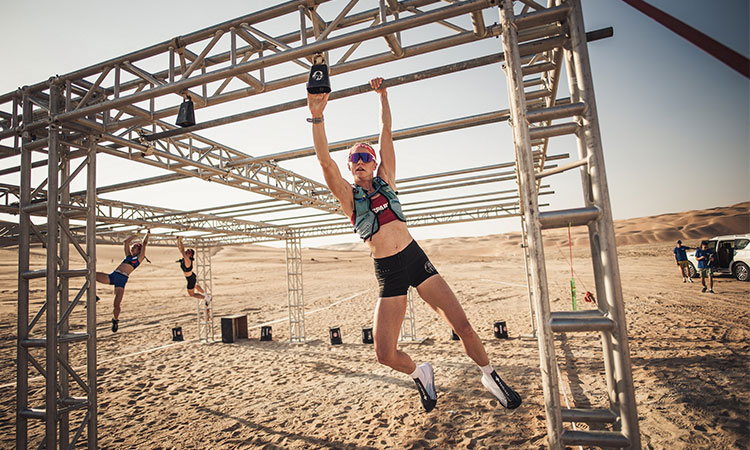 Taking place on a new course at Al Wathba from December 2-4, the second consecutive World Championship staged in the emirate provides residents and visitors the chance to take on the Sprint (5k; 20 obstacles), Super (10k; 25 obstacles), and Beast (21k; 30 obstacles) categories – known as the ‘Spartan Trifecta’ – as well as a Team Relay Super (10k; 25 obstacles) and a Kids’ Race on a 1-3 km course featuring vast sand dune trails, iconic desert terrain, and a level that suits them.

Scheduled to be held across the UAE’s 51st National Day weekend, the course will also host the world’s best OCR athletes as they battle it out for more than $125,000 in prize money.

“This year’s event further emphasises the efforts being made in the emirate to build and nurture a culture of sport and exercise, in line with Abu Dhabi Government’s vision to cultivate healthier and happier lifestyles,” Aref Hamad Al Awani, the general secretary at ADSC, said.

“To be staged in Abu Dhabi for the second time in succession, the World Spartan Championship is highlighted to build and promote a sustainable sporting culture among the local community as well as to draw participation both internationally and from the region.”

Joe De Sena, Spartan founder and CEO, added: “The Spartan World Championship weekend is the perfect opportunity for the general public in the UAE to get a taste of what Spartan has to offer.

“They will be able to see the world’s best athletes in action in the pinnacle race of the OCR season – and then take on the course themselves. With four different categories on offer, as well as an event for kids, the UAE community will be able to come together to unlock their physical and mental potential, while having an amazing experience that is sure to change the way they view themselves.”

The Age Group World Championship Beast and Open Beast will take place on Saturday December 3, before participants of all ages and fitness levels can test themselves in either the Open Team Super, Open Super, Open Sprint, and Kids’ Open the following day.