VIDEO: Former footballer dies after jumping off cliff in Spain in front of his wife and children - GulfToday 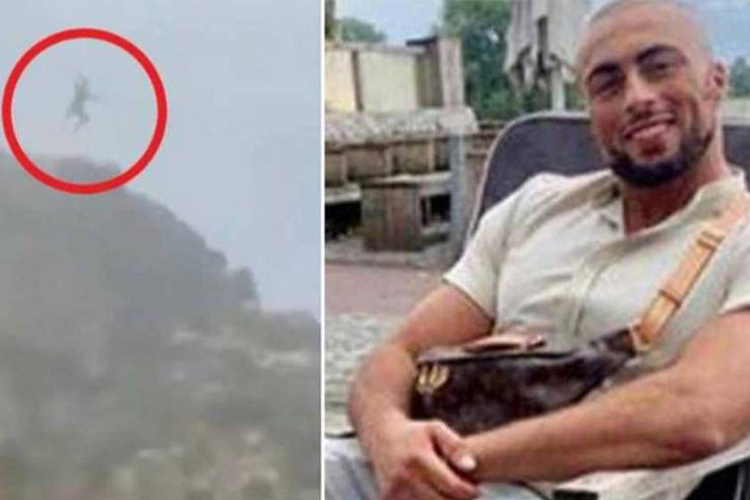 A combo image shows Mourad Lamrabatte jumping off the cliff.

The Dutch tourist, who tragically died while trying to perform a daring stunt on the cliff in front of his horrified wife and two children, has been identified as former Moroccan footballer Mourad Lamrabatte, 31, who played for SBV Vitesse.

The man, as reported by local media, attempted to jump off a high cliff in Mallorca, Spain, but was unable to go past the rocks beneath him while taking a 30-meter dive near a holiday resort last Thursday.

The somersault was filmed by his wife. During the jump, Lamrabatte let out a loud yell, but didn't have enough momentum to get past the rocks below.

After the crash in the video you can hear the heartbreaking screams of his wife who couldn’t  believe it happened, "Oh my God".

The autopsy also established that Lamrabatte drowned in a state of unconsciousness after hitting the water.

Social media pioneers reacted to the video, and many athletes expressed their sadness for Mourad's death, according to the Dutch newspaper "De Telegraaf".

The Dutch club Vitesse, in whose ranks he previously played, published through its official account on Twitter, that it had received this shocking news with great regret, and offered its condolences to the player's family.

"We wish family and friends much strength and solace," the club wrote.