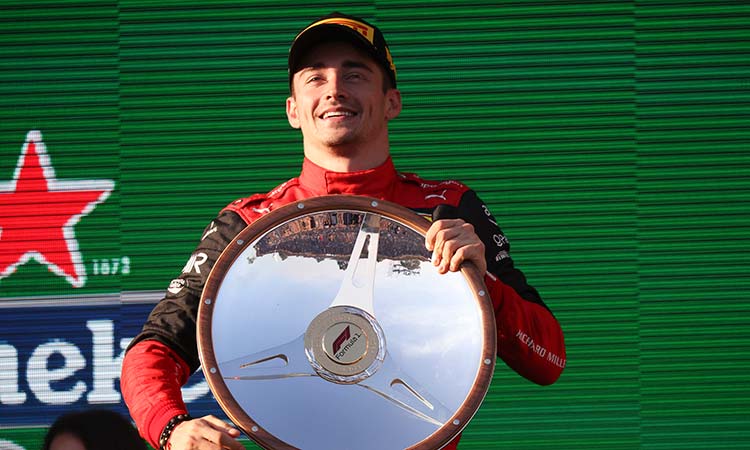 A flawless Charles Leclerc led from start to finish to steer his Ferrari to an action-packed win at the Australian Grand Prix on Sunday with world champion Max Verstappen failing to finish.

The world championship leader from Monaco started from pole, held his position at the first corner and never looked back, scorching round the 58-lap Albert Park circuit to take the chequered flag by a massive 20.5 seconds.

Leclerc has completed a dominant weekend in his Ferrari after converting his pole position into a comprehensive triumph in the Australian Grand Prix.

The 24-year-old Leclerc extended his lead in the drivers’ championship while claiming his second win of the season following victory in the season-opening race in Bahrain. 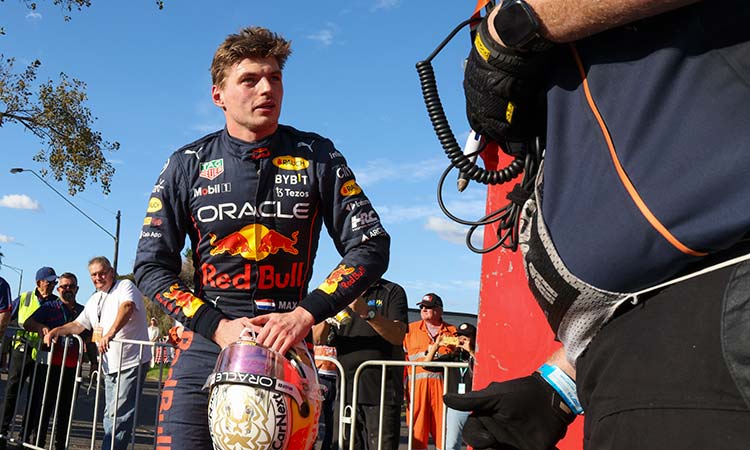 Leclerc was able to hold off Red Bull rival Verstappen during the opening laps and defended well mid-race under safety car conditions to pull away for a decisive 20.524-second victory.

"It's amazing, the car was incredible today. What a race and what a pace today," said Leclerc after clocking a fourth career win and second of the season.

"Honestly, what a car today. I did a good job all weekend but it's not possible without the car. I'm just so happy.

"Obviously we have only had three races so it's difficult to think of the championship but we have a very strong car and a reliable car," he added.

Verstappen said the Red Bull was "already miles behind” Ferrari.

"I don’t even want to think about the championship at the moment,” he said. "I think it is more important just to finish races, because today was, in general, just a bad day again. It is pretty frustrating and unacceptable.

"I knew there was a problem and it was always going to be a question mark for finishing the race, but these kind of things, if you want to fight for the title, cannot happen.” 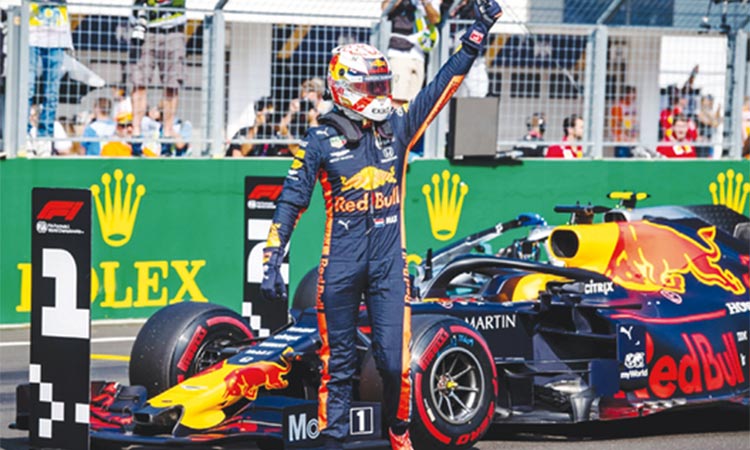 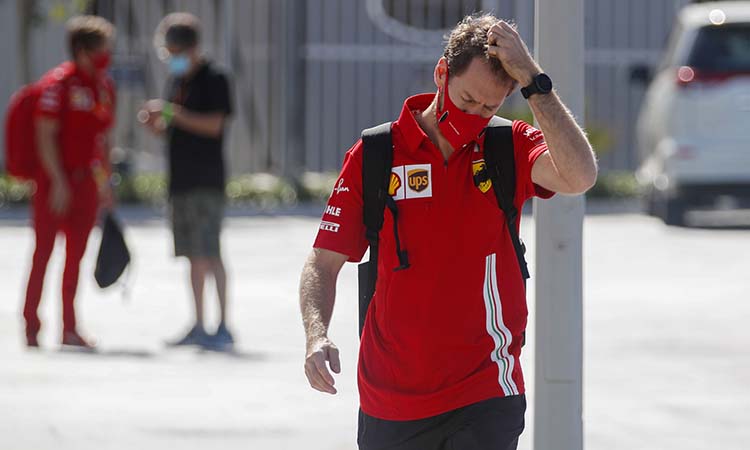 Four-time world champion Sebastian Vettel, competing in his final race for Ferrari after six seasons this weekend ahead of Aston Martin switch for 2021, looks to end the season on a high.