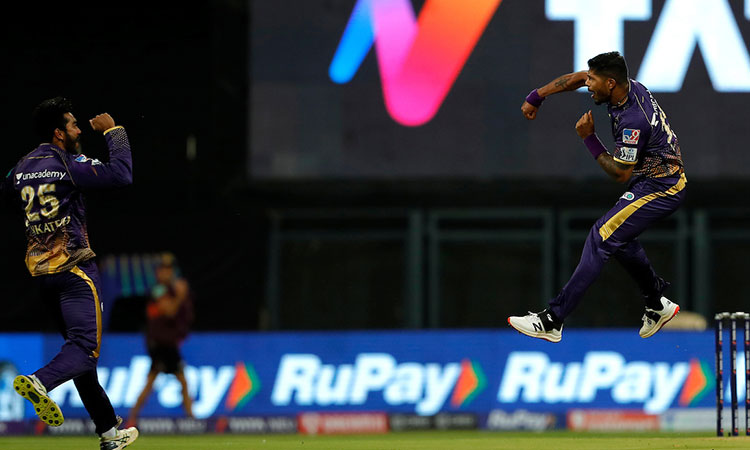 Ravindra Jadeja (26 off 28) who was leading the CSK for the very first time looked under pressure while batting but former skipper Dhoni scored a timely half-century and added 70 runs for the sixth wicket to take Chennai to a respectable total.

In reply, opener Ajinkya Rahane played a fine knock (44 off 34) while Sam Billings (25), Nitish Rana (20) and Shreyas Iyer (20 not out) also made valuable contributions with the bat as KKR chased down the target in 18.3 overs with six wickets in hand. Dwayne Bravo was the most successful bowler for CSK with his figures of 3/20.

Meanwhile, having made it to the playoff in the last edition, Delhi Capitals are hoping to go all the way in IPL 2022, and are confident of a good start in the 15th edition of the cash-rich T20 league against Mumbai Indians at the Brabourne Stadium on Sunday.

The Delhi Capitals head coach Ricky Ponting said he is confident about his team's chances against Mumbai, Ponting said during a virtual press conference on Saturday.

"We've been working exceptionally hard on making sure that the guys that are here are ready for their first challenge. I believe we have good depth in our squad. Yes, we are missing some overseas players for the first couple of games, but that's no worry for us. I fully expect that we can get off to a good start on Sunday," the franchise said in a press release on Saturday.

When captain Rishabh Pant was asked about his personal goals this season, he said, "I have not thought about my personal goals. We are just focusing on the team's needs and that is the most important thing for us in the Delhi Capitals. It's always exciting to have new players in our team, but we are continuing to follow the same process we have been following in the last few years."

The wicketkeeper-batter also spoke about the inclusion of David Warner and Rovman Powell in the Delhi franchise for this season.

"David Warner was one of the biggest buys for us in the auction. I am very happy with his inclusion in the team. Rovman Powell can also be the X-factor player for us. He has immense power and I think it's going to be great to have him on our side. Hopefully, Rovman can live up to his expectations and help Delhi Capitals this year," Pant said.