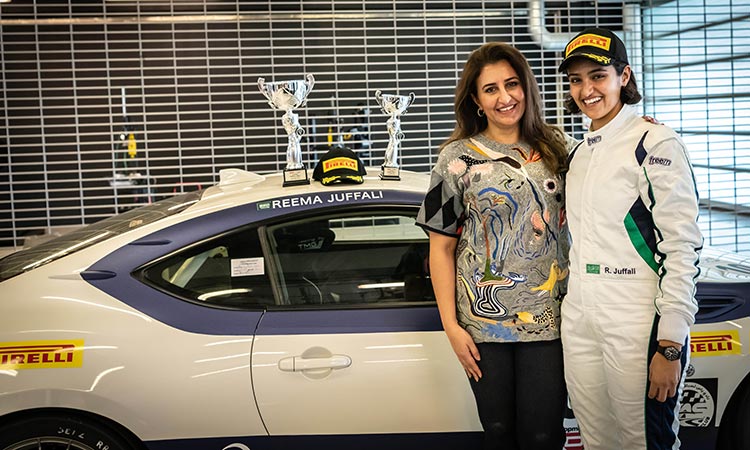 Reema (right) with her mother.

With Mother’s Day set to be celebrated across the Middle East on Monday, Saudi female racer Reema Juffali has spoken of her mother being her biggest fan, saying her successes on the track would not have been possible without her support.

Since following her passion in 2018 and becoming the first female racing driver from Saudi Arabia, Reema has registered some impressive results. This included a fourth-place finish at last year’s British F3 Championship and a second place at this year’s 24 Hours of Dubai race.

Off the track, Reema was also the official race ambassador for the inaugural F1 Saudi Arabia last December at her hometown Jeddah.

While Reema credits her former teams and coaches, she singled out praise for her mother Sana – for her commitment, encouragement and the belief she has shown in her career from day one.

She said: "My mother has been my absolute rock. Who I am today is thanks to her, thanks to the support she has given me and what she’s taught me. She is someone I look up to, and someone I aspire to be.

"Before I even decided to take that step [into racing], she was saying ‘When are you going to get your racing licence?’ She knew how much it meant to me. She probably saw further ahead than I did. Now we’re here and I’m racing. We’re talking about my success, and it’s still hard for me to talk about because it is something that is still quite new.” 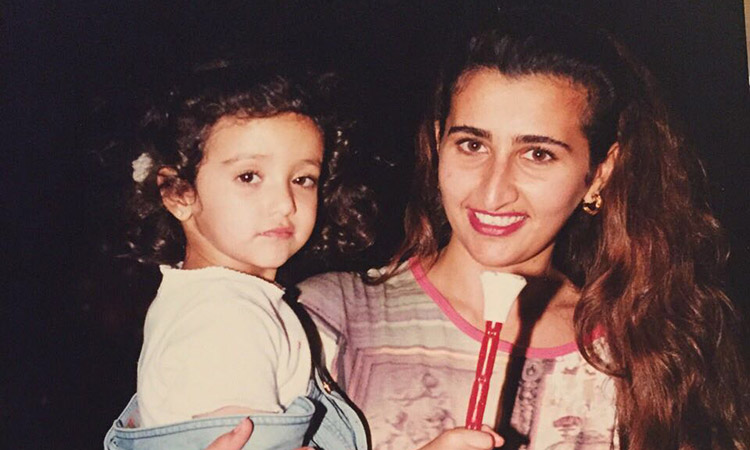 Reema as a child with her mum.

She added: "Any time I was ever feeling overwhelmed or trying too hard, she was always the voice of reason asking me ‘Hey what’s happening? What’s going on?’ She has a unique ability to understand the situation I’m in and make sure I’m enjoying it and not feeling overwhelmed.

"To have someone you can lean on and ask for advice is so important. I was a 26-year-old deciding to leave my career to go and do what I love. For someone who means a lot to you to get behind you and tell you to go for it is incredible. I definitely wouldn’t be where I am today without a woman like her.”

Having seen Reema’s role develop outside of the sport, her mother Sana is pleased to see her daughter fulfil her ambitions and hopes more women can follow in her footsteps.

Sana, said: "As a mother, I’m always asked, ‘Aren’t you worried? Aren’t you scared?’ They [other mothers] are all worried. They want to protect their children, and they want to shelter them.

"I say it’s just driving a car. It’s just like being a doctor. You train to do that. And if you train well, why should you worry?

"Since she was young, she has been responsible and focused, before she began training to be an athlete. Now as an athlete, I see her physical training, mental training and even emotional training. The more I see her in this sport, the more I feel confident that she is taking care of herself.”

"I’m happy enough with Reema reaching her goal. That is enough for me. In the bigger picture, there is hope for all the women, hope for all females in the world.”

She also recalled the moment when Reema entered her first race in 2018 and her pride after seeing incredible media coverage.

"We had no idea of the attention that Reema would attract globally, and that was not our incentive. Our goal was only for Reema to pursue her dream, we were all there to see it,” she said. "She got a good result which was a great achievement and the social media response afterwards was 99% positive. It was phenomenal – the sheer number of people interested was huge. We didn’t expect that.”

As for the advice she would give to other mothers, Sana said: "Trust your child to properly prepare for the challenges ahead. I think it’s about time women showcase their capabilities at every level and not care about the bias and stereotypes that exist.” 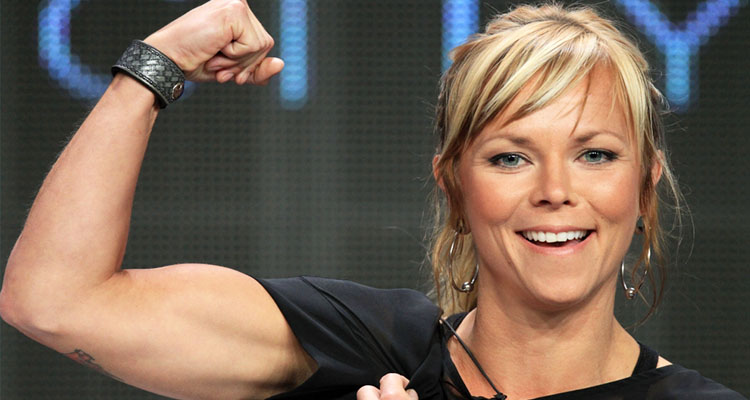