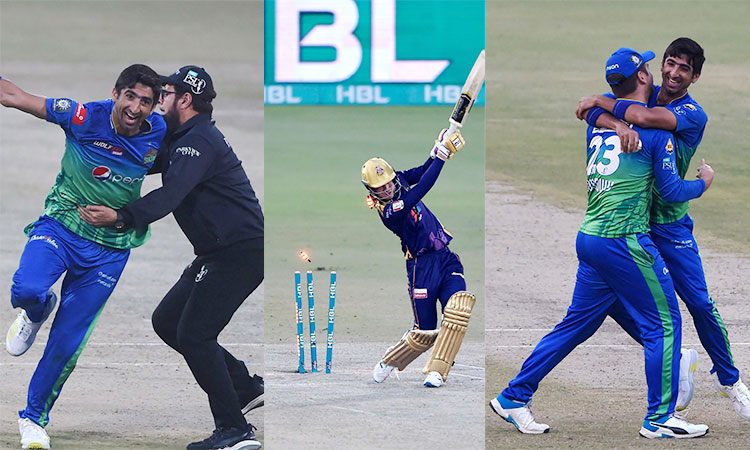 Shahnawaz Dahani (L-R) celebrates with teammate after the dismissal of Umar Akmal (not picture); Noor Ahmad (C) is bowled out by Shahnawaz Dahani during the PSL match in Lahore on Friday. AFP

Defending champion Multan Sultans recorded the second-highest total in the history of Pakistan Super League (PSL) to set up a record-breaking 117-run win over Quetta Gladiators on Friday.


Led by captain Mohammad Rizwan’s (83 not out) fifth half-century this season and a whopping 71 off just 26 balls from Rilee Rossouw, Multan racked up 245-3 after Rizwan had won the toss and opted to bat first. 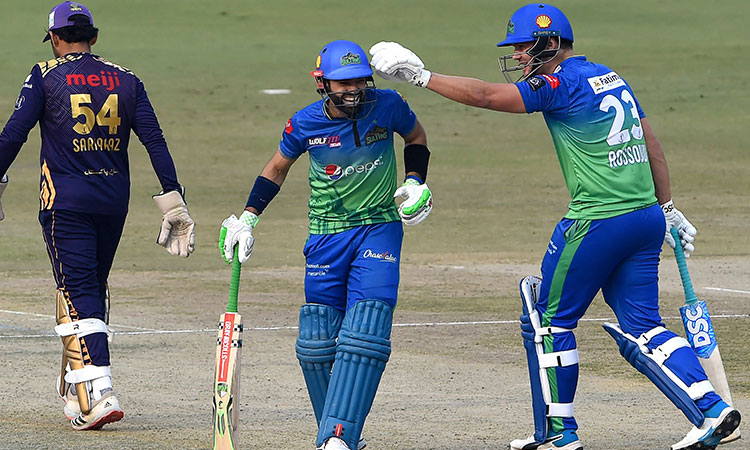 Quetta folded meekly for 128 in 15.5 overs against the pace and spin of Multan with Umar Akmal scoring a rapid 23-ball 50 while Jason Roy (38) and captain Sarfaraz Ahmed (17 not out) were the only other batters to reach double figures.

Ruthless Multan held the previous record of largest victory in the PSL when they beat Quetta by 110 at Abu Dhabi last year.

Multan’s impressive run in the tournament continued as they've lost only one game out of nine and have 16 points. Quetta are in the bottom half of the table with six points from nine games with just one game remaining against last-place Karachi Kings on Sunday. 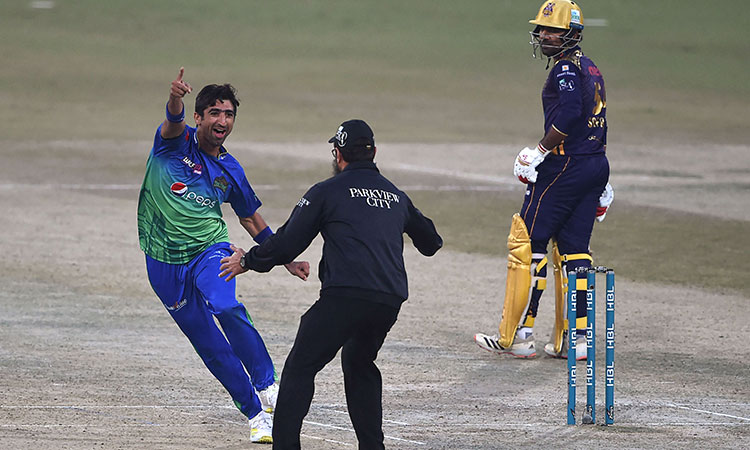 Shahnawaz Dahani celebrates after taking the wicket of Naseem Shah (not pictured). AFP

The in-form opening pair of Rizwan and Shan Masood, who made 57, laid the foundation of a big total with a century-stand in the first 10 overs.

South Africa’s left-hander Rossouw then hit boundaries at will after Masood was trapped leg before wicket in the 12th over by tall Pakistan international fast bowler Mohammad Irfan in his first PSL game this season.

In the later game, Lahore Qalandars face a Karachi Kings team led by Pakistan skipper Babar Azam but who are still searching for their first win after losing eight consecutive games. 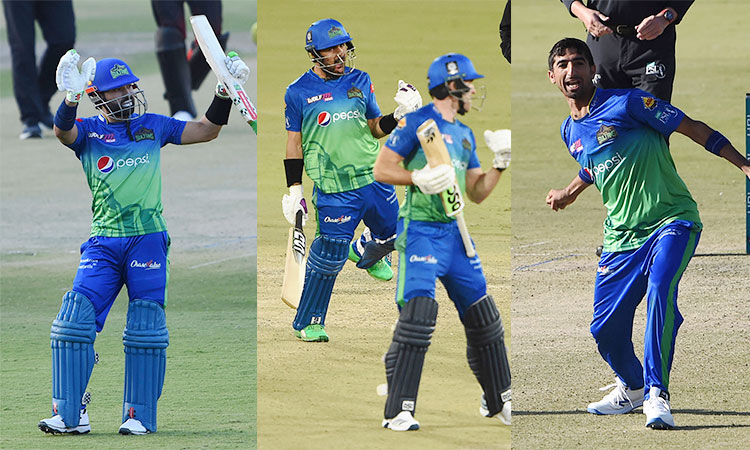 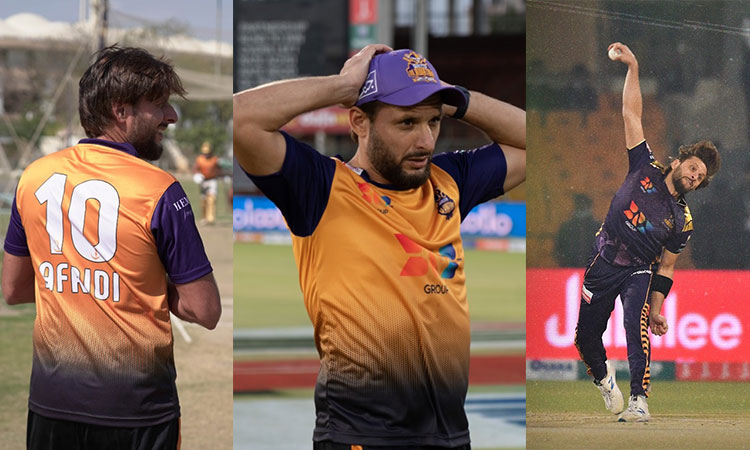 The 41-year-old Afridi was in visible pain at times but took three wickets in three PSL games for Quetta Gladiators, including the most expensive figures in the history of the PSL when he took 1-67 against two-time champion Islamabad United. 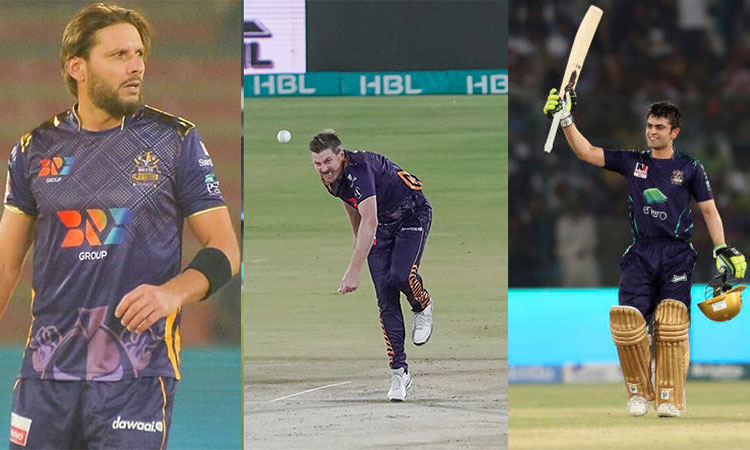 The PCB claimed that Faulkner, before his departure, had caused deliberate damage to property at the hotel he was staying at and that the board had to pay for the damages.