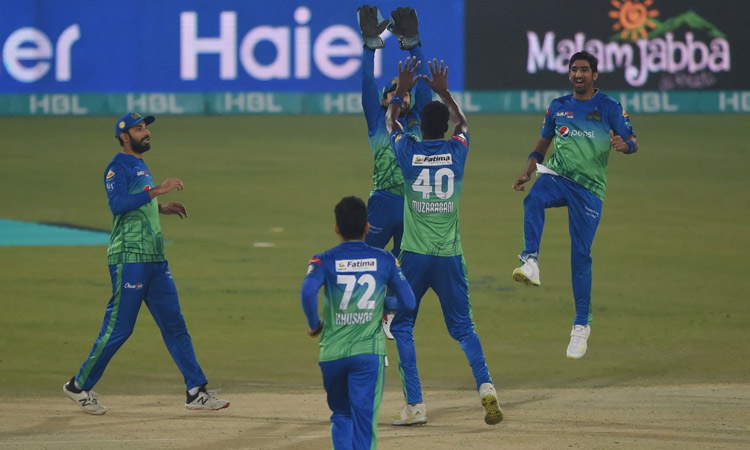 Multan Sultans' players celebrate after the dismissal of Peshawar Zalmi' Haider Ali (unseen) during the PSL match on Thursday. AFP

Multan Sultans stretched their winning streak in the pakistan Super League to six games in a row with a commanding 42-run win over Peshawar Zalmi on Thursday.

Defending champion Multan won all their five games in the Karachi leg of the tournament and put up another scintillating performance in the opening match of the Lahore leg against Peshawar to all but seal a place in the playoffs.

Opening batter Shan Masood, recalled for next month’s three-test series against Australia, smashed his third half century in the tournament and made 68 in Multan’s strong total of 182-7.

Peshawar's top order stuttered against Zimbabwe fast bowler Blessing Muzarabani’s 3-18 and were bowled out for 140 in 19.3 overs with left-arm spinner Khushdil Shah (3-26) extending his wickets tally this season to 12.

"We did make mistakes tonight in the field but we managed to nullify them through our excellent bowling performance,” Multan captain Mohammad Rizwan said. "Conditions changed a bit during our batting and we thought 180 was a competitive total.”

The opening pair of Masood and Rizwan (34) gave Multan a strong start of 98 runs before power-hitter Tim David continued to prosper in the tournament with yet another brisk knock of 34 off just 18 balls.

Captain Wahab Riaz (2-34) featured in the dismissal of all the three batters, trapping Rizwan leg before wicket and David holing out in the deep off the left-arm fast bowler. In between the two dismissal, Riaz caught Masood at long-off, but not before the left-hander had hit eight fours and a six in his 49-ball knock.

Despite dropping three catches, Multan didn’t allow Peshawar to raise partnerships as they couldn’t recover after losing three wickets in the powerplay.

Muzarabani struck twice in his first over by claiming the wickets of veteran Kamran Akmal and Haider Ali while Liam Livingstone (24), playing his first game this season, was caught behind off fast bowler Abbas Afridi, who had earlier dropped the Englishman at mid-on.
Experienced Shoaib Malik, also got an early reprieve when David floored a waist-high catch at short mid-wicket, top-scored with 44 off 31 balls before he was finally caught at deep mid-wicket in the 15th over.

Shah duly wrapped up the game by running through the lower order and plucked a superb running catch off his own bowling to dismiss No. 11 batsman Salman Irshad.

Peshawar are at No. 5 in the six-team event with two wins from six games. 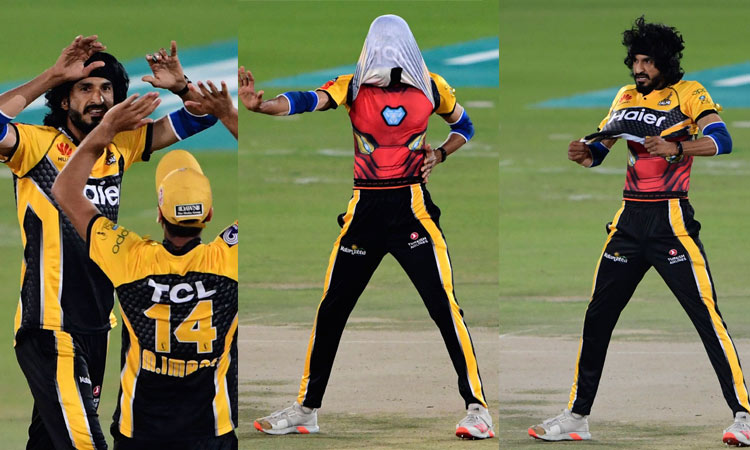 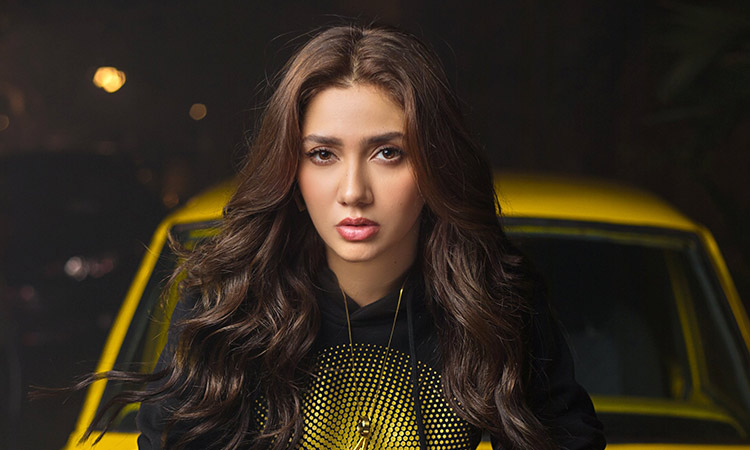 The team's chairman Javed Afridi had been hinting on social media for the past several days that this time the brand ambassador of Peshawar Zalmi in the Pakistan Super League would be Turkish actress Isra Belgich alias Halima Sultan.