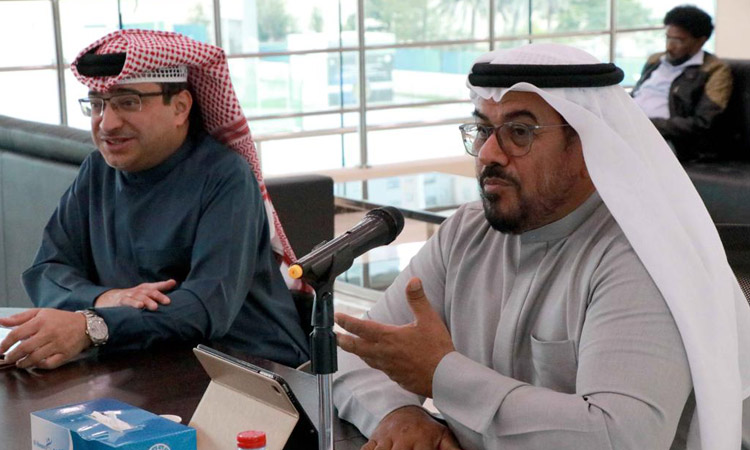 With the World Archery Para Championships less than a month away, the Higher Organising Committee for the event reviewed the preparations and said that the arrangements are progressing as planned, with a focus on the health of the participating teams.

The Dubai 2022 World Archery Para Championships are scheduled to be held from February 19 to February 27, 2022 at the Dubai Club for People of Determination grounds, the same venue where the Fazza Para Archery World Ranking tournament has been taking place over the years.

At a meeting held last week, the committee headed by Thani Juma Barregad, Chairman of the Board of Directors and Chairman of the Higher Organizing Committee, reviewed the preparations for the event, including the precautionary measures to host this important global event, which would yet again reflect the position of the UAE and Dubai on the world’s parasports map.

Barregad was happy that the preparations have been progressing as planned and exuded confidence that Dubai will be ready to present an exceptional version of the World Championships to welcome all the participating nations.

Acknowledging the continuous support of Sheikh Mansour Bin Mohammed Bin Rashid Al Maktoum, Chairman of the Dubai Sports Council, Barregad showed gratitude to all these stakeholders whose contributions will play an important role in the success of the tournament.

"We hope to add another feather in Dubai’s cap with the success of this important event. Preparations are taking place as planned, and the working committees are working tirelessly as a team to make this a success. We will be ready to showcase another great event," added the Chairman of the Organising Committee.

For his part, Majid Al Usaimi, Executive Director of the Dubai Club for People of Determination and Manager for the Event, expressed his happiness at the number of participating nations under these exceptional circumstances, as the UAE and Dubai affirm that they are in a healthy and safe environment.

"The successes achieved by the Dubai Club for People of Determination in hosting several tournaments in the past gave a positive impression to the international federations and we are confident of providing a safe environment to everyone taking part in these championships.

"With the world’s best para archers in fray, I am sure the championships will witness some great action." Usaimi, also the Asian Paralympic Committee President, concluded by praising the role of the Dubai Sports Council for their support and follow-up on the details of the tournament and overcoming the challenges so that the Dubai version achieves all its desired goals.

Tarek Souei, a member of the organising committee and CEO of APC, highlighted that the number of countries that have confirmed their participation so far has reached 41 countries and 226 players, surpassing the 40 countries that participated in the previous edition held in Beijing in 2017.