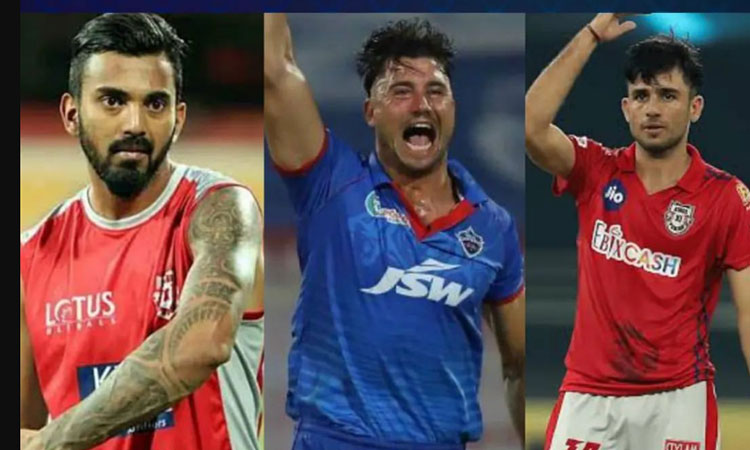 KL Rahul (L) will captain Lucknow after he was signed as the joint-highest-paid player, for Rs170 million ($2.3 million), in the history of the tournament.

Meanwhile, the Lucknow franchise, owned by RPSG Group announced KL Rahul as their captain, signing the Indian star for record Rs170 million ($2.3m). The former Punjab Kings' captain has been a prolific run-getter in the IPL, scoring 3,273 runs in 94 matches at a staggering average of over 47. 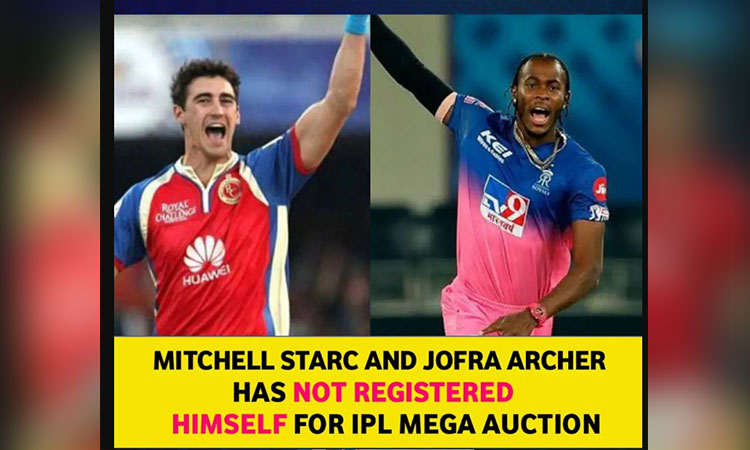 Other notable absentees from the long list of players in the bidding pool for the IPL — expected to begin in April depending on the COVID-19 situation in India — are the English trio of Jofra Archer, Chris Woakes and Sam Curran, the reports said.

Stokes and Woakes both participated in England's recent disastrous Ashes tour of Australia. Captain Joe Root — who has never played in the IPL — is also sitting out the auction although fast bowler Mark Wood is on the list along with Australian stars David Warner and Pat Cummins, the reports said.

Ten teams will bid and participate in this year's IPL after the addition of two new franchises, Ahmedabad and Lucknow.

India's opening batter KL Rahul will captain Lucknow after he was signed as the joint-highest-paid player, for Rs170 million ($2.3 million), in the history of the tournament.

Former Indian captain Virat Kohli was signed for the same amount in 2018 by the Royal Challengers Bangalore franchise.

"I have been very impressed by KL's not only batting and wicketkeeping abilities, but his leadership skills," Lucknow team owner Sanjiv Goenka told Star Sports. 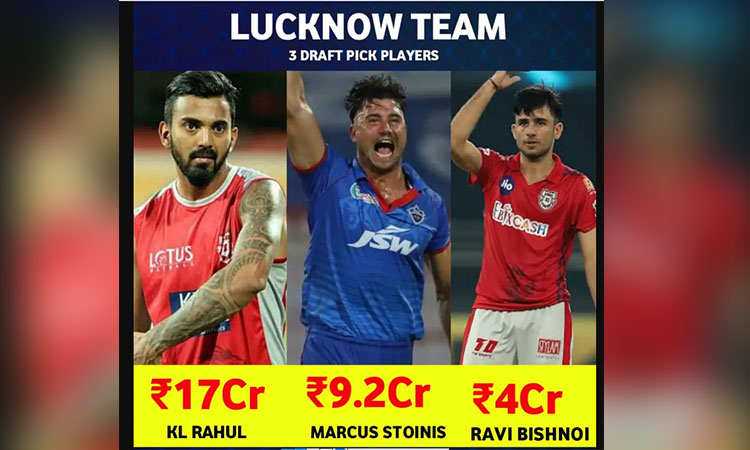 Goenka expressed immense confidence in the trio roped in by Lucknow. "We are confident that these three picks will propel our team, lay the foundation of the team, to compete not only in the season for 2022, but seasons beyond. I am delighted to have these three signings.

"And I hope all of you; fans of Star and fans of the Lucknow IPL team are as excited as I am, about having these three great performers with us. So, please join me in wishing them luck and giving them your blessings."

Gary Kirsten, former South African batter and mentor for the Ahmedabad franchise, said that it was an opportunity for Hardik as "a young and new captain."

"I think he will be really motivated to come in and make a plan and show what he is capable of at this level of the game as a leader," Kirsten said.

With COVID-19 cases rising, the Board of Control for Cricket in India (BCCI) is yet to give dates for the IPL or to confirm it will take place in India.

The last edition began in India but was suspended in May 2021 as cases soared and was completed later in the year in the United Arab Emirates, with Chennai Super Kings emerging as champions.