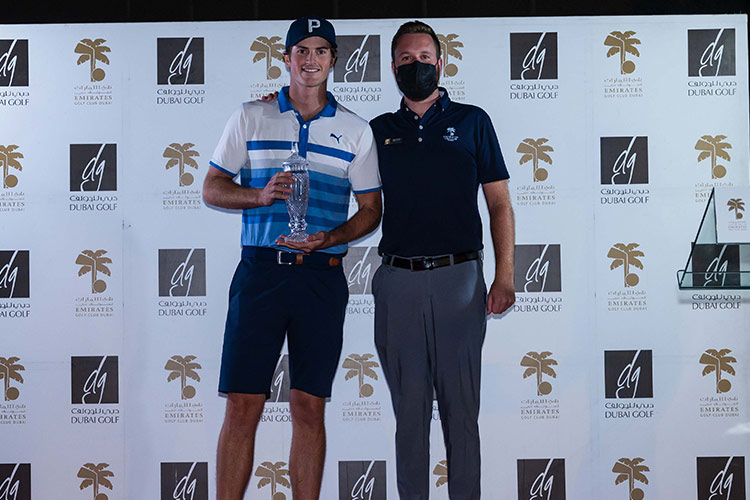 Monty Scowsill (Woodbridge GC, England) shot a second round 68 (par 64) over the Majlis Course along with his first round 71 over the Faldo Course, to win the 2022 Emirates Amateur Open at Emirates Golf Club.

In addition to the trophy, 25 year old Monty receives an Amateur Invite to play in the DP World Tour’s Ras Al Khaimah Championship presented by Phoenix Capital to be held at Al Hamra Golf Club, Ras Al Khaimah, From February 3-6.

After two halved sudden-death play-off holes in par, both on the 18th hole, Scowsill birdied the par five 18th hole on the third attempt to take the title.

First round leader James Nash (Eng) shot 72 over 16 holes, including three double bogies on holes 3, 12 and 13 to finish tied fourth.

Toby Bishop (Trump International Golf Club, Dubai) had a best of the day 64 climbing to solo third after a first round of 76.

The winner of the net division was Lorenzo Lironi (EGC) with 138 beating Miki Mirza (DCGYC) and 13 year old Murray Fleetwood (The Els Club), son of Tour Professional Tommy Fleetwood, on a card countback, with dad Tommy attending the prize presentation.

This tournament is part of the 2021 – 2022 Men’s Emirates Golf Federation (EGF) Order of Merit sanctioned by the EGF.

Barney Coleman, Club Manager of Emirates Golf Club, said: “We have had a great two days of golf with an exciting finish. The weather for today’s final round was windy, calm and also wet at times, especially for the play-off, perhaps three seasons all in just a few hours. Congratulations to Monty and we look forward to watching his progress in Ras Al Khaimah in a couple of week’s time. We thank all players for participating in our flagship amateur event on our EGC Calendar, especially the overseas players for travelling and finally, to the DP World Tour for providing the Amateur Invitation for the Ras Al Khaimah Championship presented by Phoenix Capital.” 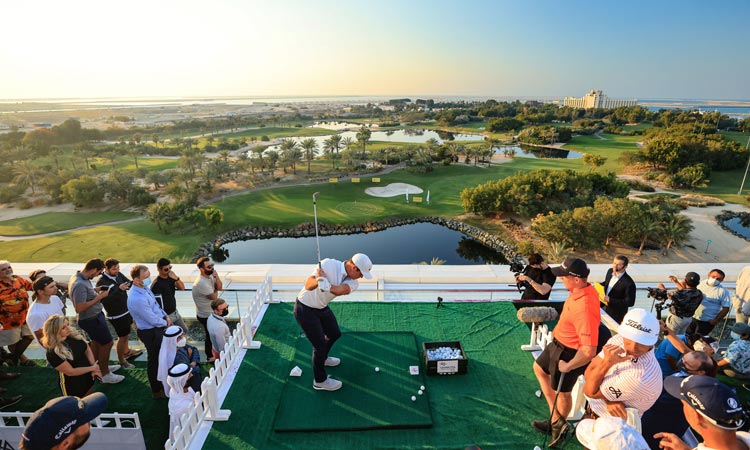 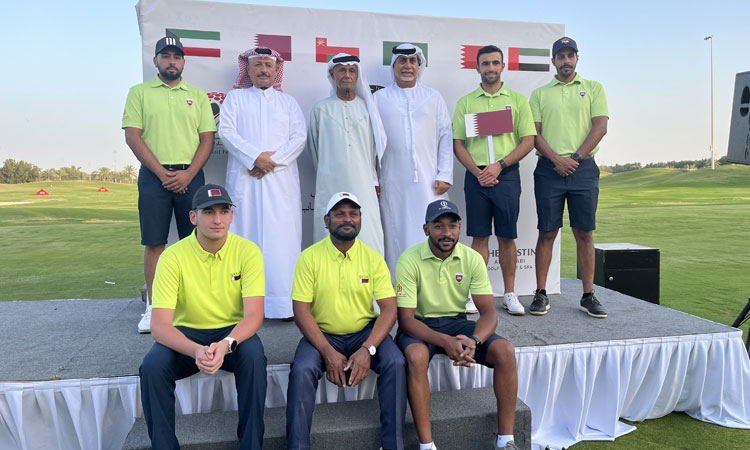 Six teams are competing in this 24th edition of the tournament: Bahrain, Kuwait, Oman, Qatar, Saudi Arabia, and the home team UAE.