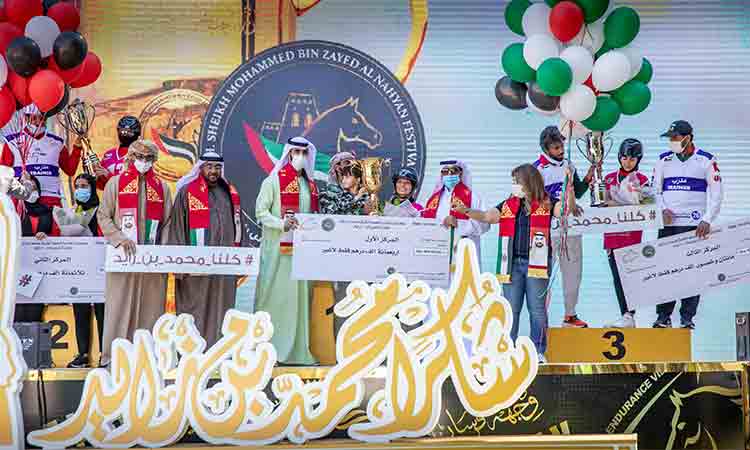 The rider Laila Abdel Aziz Al Reda reaped the fruits of her efforts to hand Al Wathba Stables the title of the third edition of Sheikh Mohammed Bin Zayed Al Nahyan Endurance Festival for Women, which began on Friday morning for a distance of 100 km, on the sands of the fields of the Emirates International Endurance Village in Al Wathba, with the participation of (145) riders. She was aboard Ayo Raghad.

The festival is being held with the support and directives of Sheikh Mansour Bin Zayed Al Nahyan, Deputy Prime Minister and Minister of Presidential Affairs, and includes three races, the first ride is for women, the second for private stables, and its activities will be held on Saturday, and the third main event will be held on Sunday.

The champion covered the total distance in a time of 3:19:34 hours, with an average speed of 29.57 km/h, Sheikha Mariam Bint Omar Al Qasimi finished second, riding "Cheetac de Cormier", for the Stables (MRM).

The heroine followed a distance-appropriate tactic, opting for calm in the first and second stages before unleashing her powerful mare, taking advantage of her moderate heartbeat, which ranged between 48 and 55 beats per minute.

The winners of the first places, following the veterinary examination procedures and approving the result, were crowned by Musallam Al Amiri, General Manager of the Global Endurance Village, Ahmed Al Suwaidi, Executive Director of the Federation, and Muhammad Al Hadhrami, events manager in the Village and Abdul Rahman Al Rumaithi, director of the village.

On the second day, the festival continues with the private stables race for a distance of 100 km, with the participation of a selection of riders. 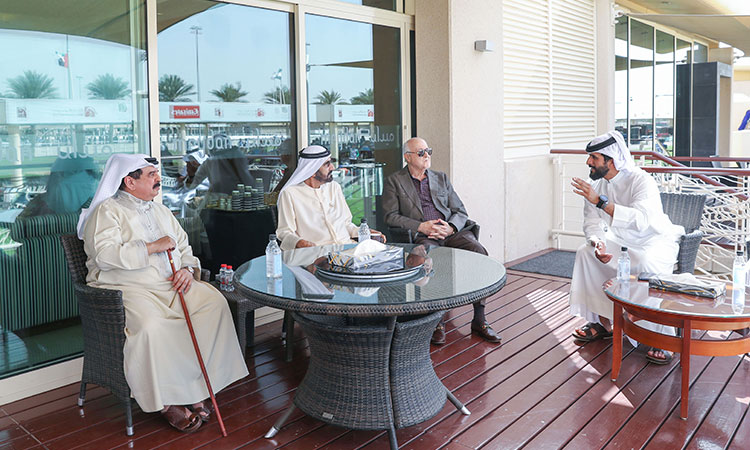 During the meeting, Sheikh Mohammed and the King of Bahrain discussed ways of supporting equestrian sports, especially endurance races in a way that will further enhance the progress of endurance racing locally, regionally and internationally and ensure the preparedness of riders for international competitions. 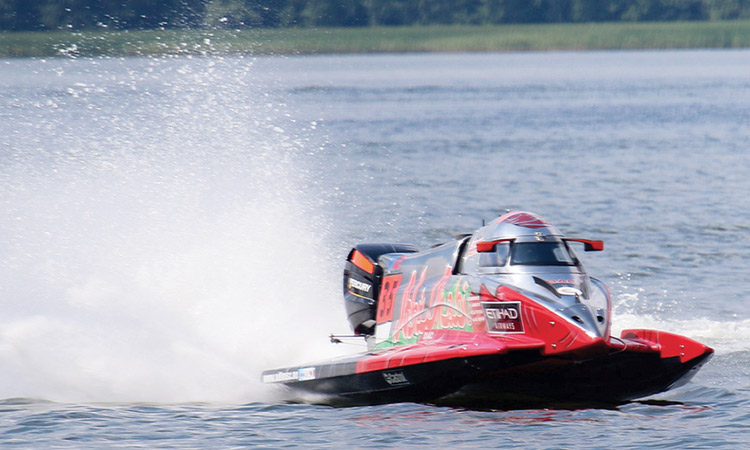